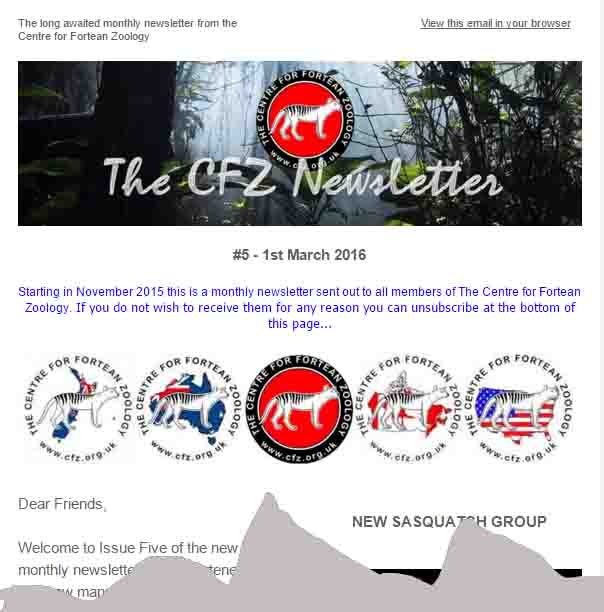 99.9 KEKB
Colorado mans claims to have photographic proof of Bigfoot here in Colorado.
Posted by Jon Downes at 3:08 PM No comments:

ON THIS DAY IN 1498 - Vasco de Gama landed at what is now Mozambique on his way to India.
And now some more recent news from the CFZ Newsdesk