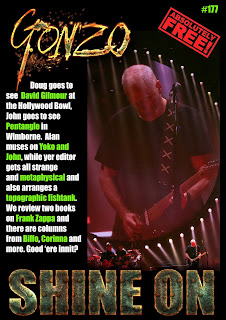 ON THIS DAY IN - 1741 - Frederick II of Prussia defeated Maria Theresa's forces at Mollwitz and conquered Silesia.
And now some more recent news from the CFZ Newsdesk