Bigfoot attracts skiers to the trails

godlikeproductions.com
Well are they? Someone thinks so... On the real though... it might be possible...
Bigfoot Evidence: Top 5 Incredible Photos From Mulder's World [3/5/2014]

blogspot.com
Here are some fascinating photographs from MuldersWorld.com, the front page of the strange and unexplained: Read more: With the unusual ...

unexplained-mysteries.com
The Bigfoot legend is very alive in the Pacific Northwest. Image Credit: CC BY-SA 3.0 Donar Reiskoffer. A fisheries officer claims to have witnessed a ...
Posted by Jon Downes at 3:24 PM No comments:

www.gonzomultimedia.co.uk/about.html
Most of yesterday was spent filming this month's episode of OTT. I very much hope that it will be out later today. I have just been told about the North Devon Firefly Faery Fayre and Ball, which will be held on Saturday 26th July 2014, any proceeds to go to The Small School in Hartland, North Devon. This is North Devon's first celebration of faery culture, art, crafts, and music for both children and adults, and any proceeds will go to The Small School in Hartland, North Devon, England. The event will take place on Saturday 26th July 2014 at the Anchor Inn in Hartland, where there is plenty of B & B accommodation (but book early), and food will be on sale in the evening for the ball only. There is a camping and caravan site a few yards up the road, and local shops are just next to the pub, which also has a music licence.
There will be a faery fayre through the day, including stalls and children's entertainment, and a faery ball with a range of musical acts in the evening. Things like this are important and I want to support these people in any way that I can. There is too much ugliness, rudeness, anger and general bad vibes in the world, and anything we can do to address this has got to be a good thing.
THOM THE WORLD POET: The Daily Poem
http://gonzo-multimedia.blogspot.com/2014/03/thom-world-poet-daily-poem_7.html
GONZO TRACK OF THE DAY: Corky Laing
http://gonzo-multimedia.blogspot.com/2014/03/gonzo-track-of-day-corky-laing-plays.html
Yes’ Jon Anderson – Olias of Sunhillow
http://gonzo-multimedia.blogspot.com/2014/03/yes-jon-anderson-olias-of-sunhillow.html
RICK WAKEMAN: Base Sessions exclusive - behind closed doors
http://gonzo-multimedia.blogspot.com/2014/03/base-sessions-exclusive-behind-closed.html
The Noise Of Art: Trevor Horn On ZTT's 30th Birthday
http://gonzo-multimedia.blogspot.com/2014/03/the-noise-of-art-trevor-horn-on-ztts.html
Crosby, Stills & Nash, John Mayer, Don Felder, Brandi Carlile, Chris Stills & Special Guests Team Up To Benefit Autism Speaks
http://gonzo-multimedia.blogspot.com/2014/03/crosby-stills-nash-john-mayer-don.html
This weekend's issue of Gonzo Weekly is underway, with lots of Rick Wakeman stuff, a Tim Blake interview and a report on The Musical Box amongst other things.
The current issue features Hawkwind, Hawkwind, and some more Hawkwind, plus exclusive interviews with two musical legends - Keith Levene (ex-PiL and The Clash) and Judy Dyble (founder member of Fairport Convention and the band that was later to become King Crimson), plus stories on Mike Rutherford, Acid Mothers Temple, Devo, Paul Whitrow, and the world premiere of new videos by Auburn and Galahad, and more news, reviews, views, interviews and packets of long nosed potoroos (OK, no special rabbit-sized macropodiformes, especially in convenient packaging) but I got carried away with things that rhymed with OOOOS) than you can shake a stick at. And the best part is IT's ABSOLUTELY FREE!!!
To make sure that you don't miss your copy of this and future issues make an old hippy a happy chappy and subscribe
http://eepurl.com/r-VTD
Read it here:
http://gonzo-multimedia.blogspot.com/2014/03/gonzo-weekly-67.html
PS: If you are already a subscriber but think that you haven't been receiving your copies please check your spam filters. For some reason known only to the Gods of the internet, some e-mail programmes automatically count the magazine as 'spam' probably because it comes from a mass mailer. Either that or they are just jealous of our peerless content

*  Jon Downes, the Editor of all these ventures (and several others) is an old hippy of 54 who - together with his orange cat (who is currently on sick leave in Staffordshire) and two very small kittens (one of whom is also orange) puts it all together from a converted potato shed in a tumbledown cottage deep in rural Devon which he shares with various fish, and sometimes a small Indian frog. He is ably assisted by his lovely wife Corinna, his bulldog/boxer Prudence, his elderly mother-in-law, and a motley collection of social malcontents. Plus.. did we mention the orange cat?
Posted by Jon Downes at 3:09 PM No comments: 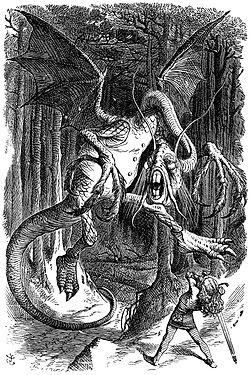