http://cryptochick.blogspot.com/2011/07/lazy-sunday-afternoon.html
Posted by Jon Downes at 10:24 PM No comments:

MYSTERY ANIMALS OF THE BRITISH ISLES: Gloucestershire and Worcestershire 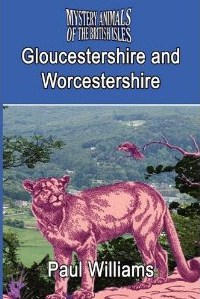 http://cfzpress.blogspot.com/2011/07/paul-williams-mystery-animals-of.html
Posted by Jon Downes at 10:22 PM No comments:

I posted the story on last April's Australian monster hoax assuming that everyone knew that I realised it was a hoax. I just forgot to say so....
Posted by Jon Downes at 10:20 PM 2 comments: 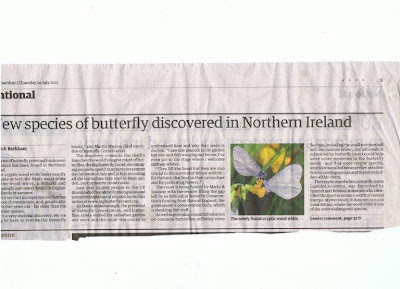 One of the things that I bang on about regularly in these pages is the fact that far from knowing everything about such a well known subject as British wildlife, our lamentable lack of knowledge keeps on rearing up and biting us on the bum.

For the second time in a few weeks, therefore, here is a new butterfly for the British and Irish list.

But it is not even as straightforward as that! Until recently it was claimed that Leptidea reali was the only wood white in Ireland. Now it appears that whiule there are now accepted that there are two species, Leptidea sinapis and L.juvernica (the new species) L.reali probably doesn't live in Ireland at all!

The big volte face here is that sinapis was supposed to be confined to the mainland, but as the article that I have linked to at the top of the page asks:

"The work of *Dincã and his colleagues suggests that 270,000 years ago the common ancestor of these three species split into two. One of these lines eventually evolved into L. juvernica. The other division split again about 120,000 years ago and became what we know today as L. sinapis and L. reali. 27,000 years ago L. sinapis expanded into the territory of L. juvernica. So is L. sinapis in Ireland an interloper that arrived late and since then conditions were never favourable enough to colonise the whole island, or has it more recently contracted in its range and retreated to the ‘Burren’?"

For what it is worth, I hazard a bet that all three species will eventually be found not only in Ireland but on mainland Britain...

PS: When I refer to Ireland as being part of the British Isles, I mean in the geographical, not the political sense...

On this day in 2003 UN weapons inspector Dr David Kelly died. Kelly, who had been the anonymous source for a BBC news news story that refuted Tony Blair's trumped up claims of Saddam Hussain having weapons of mass destruction that could be launched on Western targets in 45 minutes that formed his justification for the Iraq war, allegedly took his own life. However there are a large number of people, including renowned pathologists and MPs, that dispute or doubt this conclusion, with one alternative explanation being that he was assassinated on the orders of Tony Blair.
And now the news:

Normally at this point I'd post the Elton John Crocodile Rock vid from the Muppets but that would be all too predictable so here's a different clip with no relation to the final news story at all (you'll like this one Jon!) :
http://www.youtube.com/watch?v=Oqg3YWFA5nw
Posted by Jon Downes at 12:06 PM No comments:

KARL SHUKER: THE HOBBIT ACTOR AND A REAL-LIFE SHELOB – OR SOMETHING PRETTY DARN CLOSE? 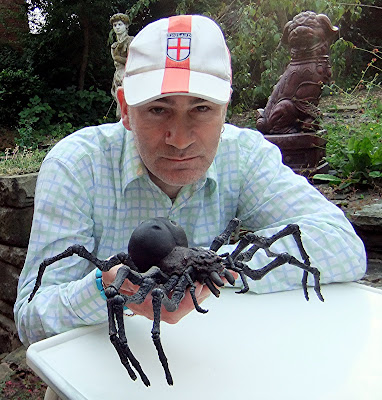 http://karlshuker.blogspot.com/2011/07/hobbit-actor-and-real-life-shelob-or.html
Posted by Jon Downes at 12:02 PM No comments: