Posted by Jon Downes at 4:44 PM No comments: 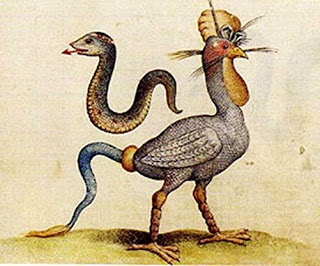 Posted by Andrew May at 3:58 PM No comments:

ON THIS DAY IN - 1823 - The poem "A Visit from St. Nicholas" by Clement C. Moore (" 'Twas the night before Christmas...") was published.
And now some more recent news from the CFZ Newsdesk