ANOTHER WEEK NEARLY OVER FOR THE GONZO BLOG DOO-DAH MAN

The hunt for Lake and Sea Monsters is probably the most iconic branch of Cryptozoology. Following our successful Mystery Cat and BHM Study Groups, we feel that these sightings should also be archived and published in a regular round-up of the stories as they come in. Curated by Richard Freeman and Richard Muirhead

The worldwide mystery cat phenomenon (or group of phenomena, if we are to be more accurate) is not JUST about cryptozoology. At its most basic level it is about the relationship between our species and various species of larger cat. That is why sometimes you will stories here that appear to have nothing to do with cryptozoology but have everything to do with human/big cat interaction. As committed Forteans, we believe that until we understand the nature of these interactions, we have no hope of understanding the truth that we are seeking.
Posted by Liv McCarthy at 10:34 AM No comments:

The return of Taxonomy Fail 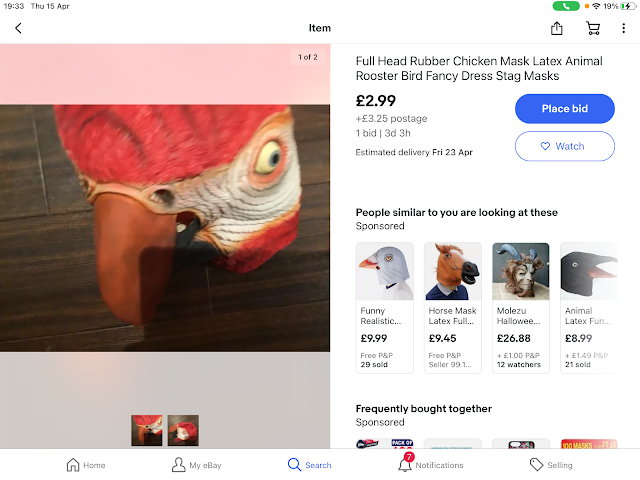 Another premiere scheduled for On the Track 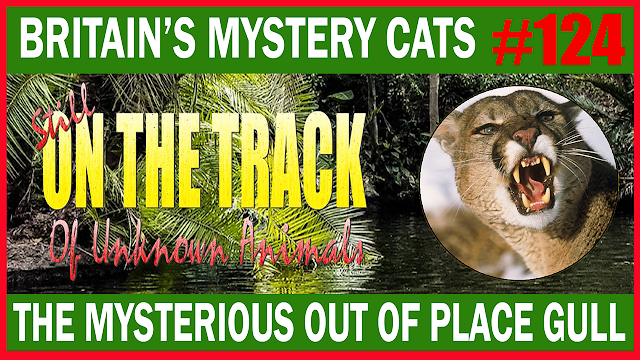 And so, ladies and gentlemen, I am beginning to get the hang of this automated Premier thing. Yesterday (Wednesday) evening, Louis and I scheduled the next episode of On the Track which features Britain’s mystery cats and a story which totally intrigues me about an out of place seagull, a famous children’s author and a whole bunch of intransigence. It premiers at 3 o’clock on Saturday. And you will be able to see it here:
https://youtu.be/tNQGcueruic
I am trying to get everything automated, not really because I’m not going to be around on Saturday afternoon, but because the whole thing is intellectual challenge for me. I am under no illusions that I’m going to become a massively famous YouTuber, but of all the things I do, this YouTube show is the thing that I enjoy most. And after the horrors of the last few years, I feel like indulging myself.
We also have a new channel intro which can be seen here:
https://youtu.be/6w2PgGgawBE
And just in case you think we’re all getting far too corporate, it features a guest appearance by Wally the Comedy Rhinoceros.
In the meantime the latest episode of On the Track, is outperforming last week’s episode by about 30%. It features the Fortean Film Festival, giant turtles in Vietnam, and an update on our various investigations in Essex. I also attempt to sing a song by The Clash accompanied by a glockenspiel. You couldn’t make this shit up.
So if you want to attend a visual entertainment consisting of hard science interspersed with us dicking about in an increasingly surreal manner, check it out:
https://youtu.be/VZfZb9FrWjU
Love and Peas,
Jon
Posted by Jon Downes at 3:00 AM No comments:

ON THIS DAY IN - 1065 - The Norman Robert Guiscard took Bari. Five centuries of Byzantine rule in southern Italy ended.