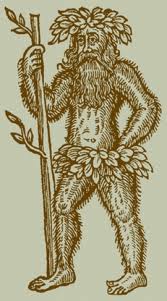 Posted by Andrew May at 7:43 PM No comments:

Posted by Jon Downes at 9:00 AM No comments:

Bigfoot Evidence
A big thanks to Dr Osun , For helping me win lotto at first i didn't believe Him. My Name is Joyce, i was among the poor but now i am a million dollars ...

Woman Gets Knocked Down By Bigfoot

Bigfoot Evidence
A group goes fishing when something starts throwing rocks at them. That rock throwing would turn into much, much more.

Bigfoot Evidence
Jonathan Odom investigates an area of a recent bigfoot sighting by a friend of his, at a location called dead end stream. Check it out: ...

Sasquatch Chronicles
Bear is back and has a story to tell! In this episode we are joined by the newest Bigfoot Outlaws who just got back from an outing. They had a heck of a ...

Man Takes Video Of Something He Can't Explain

Bigfoot Evidence
This follow up video really puts things into perspective. This guy videoed something outside his window one night that he couldn't explain. The next ...

Bigfoot Leaves A Disgusting Gift Behind

Bigfoot Evidence
In this bigfoot encounter story, the sasquatch left behind dead mice wrapped in bundles of grass. The witness compared them to little mummies. Weird.

ON THIS DAY IN - 1665 - "The London Gazette" was first published.
And now some more recent news from the CFZ Newsdesk