London Review of Books (blog)
The last dodo was sighted late in the 17th century near Mauritius, but the creature's place in popular culture was cemented by its appearance in Alice ...
Posted by Jon Downes at 1:31 PM No comments:

Email ThisBlogThis!Share to TwitterShare to FacebookShare to Pinterest
Labels: thylacine 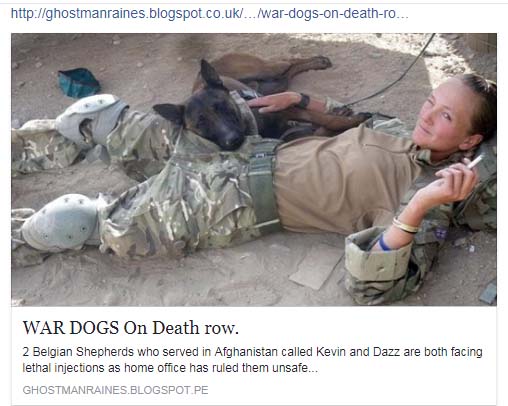 http://ghostmanraines.blogspot.co.uk/2017/12/war-dogs-on-death-row.html
Posted by Jon Downes at 11:04 AM No comments:

THE GONZO BLOG DOO-DAH MAN HAS FRIDAY ON HIS MIND

ON THIS DAY IN - 1835 - Hans Christian Andersen published his first book of fairy tales.
And now some more recent news from the CFZ Newsdesk

AND TO WHISTLE WHILE YOU WORK... (Music that may have some relevance to items also on this page, or may just reflect my mood on the day).