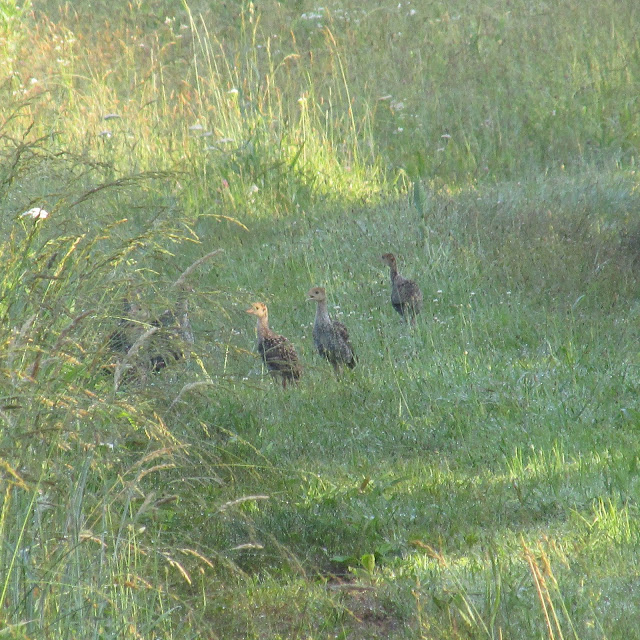 Posted by Retrieverman at 3:43 PM No comments:

I have in the past expressed some doubt as to whether “Finding Bigfoot,” the cable TV program, is wholly devoted to scientific rigor in its pursuit of the hirsute beast.
The four hosts of the Animal Planet show, which is supposed to start its fourth season this fall, seem to know an awful lot about a creature whose very existence has not been confirmed.
From here on, though, my skepticism will be tempered by a personal bias in favor of one of the show’s stars, Cliff Barackman.
He gave my daughter, Olivia, a gift I expect she will always cherish.
The occasion was Olivia’s 6th birthday, on June 1.
She brought in quite a haul even before we sprang Cliff’s surprise on her.
There was a Barbie and a portable, battery-powered Lite Bright and watercolor paintbrushes that don’t require water and a diary with a cunning little padlock and much else besides.
But it was Cliff’s gift that all of us, Olivia’s parents and grandparents and siblings and aunts, uncles and cousins, were most eager to unveil.
First, though, the back story.
Read on...
Posted by Jon Downes at 3:36 PM No comments:

Yesterday I resigned as editor of UFO Matrix. I have enjoyed the year I spent as editor and am proud of the four issues that I produced. However, it is time to move on, and editing Gonzo magazine each week as well as being the Director of the CFZ is enough for any man, especially a disabled bonkers one. I would like to say that despite claims by other folk who should really know better my relationship with the owners of the magazine has always been a happy one, and that they have always paid me cheerfully and promptly. Nobody is owed anything from the four issues that I produced. Don't look for conspiracy theories, because there aren't any.

*  Jon Downes, the Editor of all these ventures (and several others) is an old hippy of 53 who - together with his orange cat (who is currently on sick leave in Staffordshire) and two very small kittens (one of whom is also orange) puts it all together from a converted potato shed in a tumbledown cottage deep in rural Devon which he shares with various fish, and sometimes a small Indian frog. He is ably assisted by his lovely wife Corinna, his bulldog/boxer Prudence, his elderly mother-in-law, and a motley collection of social malcontents. Plus.. did we mention the orange cat?
Posted by Jon Downes at 1:44 PM No comments:

Happy Global Wind Day! Sadly Global Wind Day has nothing to do with comedic trumping but is about celebrating wind generated power. This can be achieved by going up to your local wind farm and giving each pillar a nice hug. Lets face it they deserve a bit of public love after all the hate they have to put up with from an extremely small vocal minority of poorly educated NIMBYs . Personally I think people who object to wind power should have a coal fired powerstation built in the same place the wind turbines would have been, lets see what they would have preferred then...


Busting the “wind turbines are noisy” myth perpetuated by NIMBYs:
http://www.youtube.com/watch?v=JD0v9_zV2uk
Posted by Jon Downes at 1:43 PM No comments: