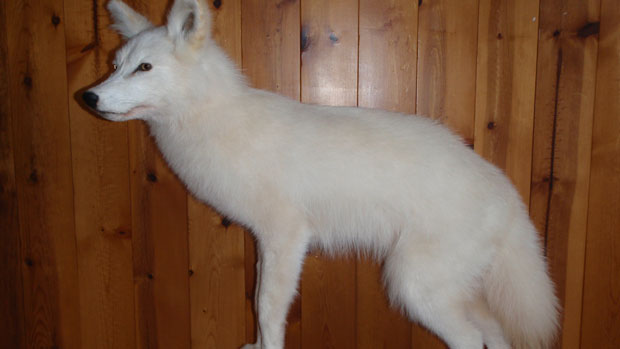 A recent genetic study of white coyotes in Newfoundland has revealed that their whiteness is actually the cream gene that entered the coyote gene pool from a tryst between a coyote and a cream-colored golden retriever in 2001. Read more, click here.
Posted by Retrieverman at 5:02 PM No comments:

MEDIA: 'The Scientist' - can cryptozoology emerge from the shadows?

"With the launch of a new peer-reviewed journal, can cryptozoology emerge from the shadows to be taken seriously by the mainstream scientific community?" asks Dan Cossins in The Scientist.

Since the demise of the journal Cryptozoology in 1996, there has been no peer-reviewed English-language periodical for the controversial field, which studies animals known from anecdote, folklore, or fragmentary physical evidence, but not yet authenticated with actual specimens. So when the U.K.–based Centre for Fortean Zoology (CFZ) approached popular cryptozoology writer Karl Shuker about launching a new journal, he was happy to oblige.

“I felt it imperative that a journal of this nature should exist again as a platform for formal scientific cryptozoological research and reviews of past cases that mainstream journals may not be willing to consider,” says Shuker, who has a PhD in zoology and comparative physiology from the University of Birmingham, U.K. Having assembled a panel of reviewers who then pored over the first batch of submissions, the CFZ and Shuker published the first issue of The Journal of Cryptozoology in October 2012. Editor-in-chief Shuker insists that all articles are subjected to the “same level of rigorous peer-review evaluations as [in] any mainstream journal.”

Email ThisBlogThis!Share to TwitterShare to FacebookShare to Pinterest
Labels: cryptozoology

Email ThisBlogThis!Share to TwitterShare to FacebookShare to Pinterest
Labels: pigeons


A word about cryptolinks: we are not responsible for the content of cryptolinks, which are merely links to outside articles that we think are interesting, usually posted up without any comment whatsoever from me.

Hunting rather than disease killed off the Tasmanian tiger, a University of Adelaide study has found. Source: News Limited

HUMANS alone were responsible for the demise of Australia's extinct native predator, the Tasmanian Tiger, or thylacine, a new study has found.
Led by the University of Adelaide, the study has used new modelling to contradict a widespread belief that disease must have been a factor in the thylacine’s demise.  The thylacine was a unique marsupial found throughout most of Tasmania before European settlement in 1803. Between 1886 and 1909, the Tasmanian government encouraged people to hunt the carnivores and paid bounties on over 2000 thylacine carcasses. 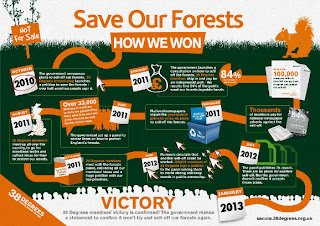 If all goes to plan, Graham will be handing the blogging reins back to Jon, later today... an ancient ceremony steeped in tradition and ritual, no doubt.

Talking of tradition, I see our rural internet is being its customary intermittent self, today. That orange flashing light on the modem is going to wear itself out, at this rate.

LINK: Barbara Dickson to perform 'To Each And Everyone' in Truro (Cornwall)
http://gonzo-multimedia.blogspot.co.uk/2013/02/link-barbara-dickson-performs-to-each.html

GONZO TRACK OF THE DAY: RADIO STARS' No Russians in Russia
http://gonzo-multimedia.blogspot.co.uk/2013/02/the-gonzo-track-of-day-radio-stars-no.html

*  Jon Downes, the Editor of all these ventures (and several others) is an old hippy of 53 who - together with his orange cat puts it all together from a converted potato shed in a tumbledown cottage deep in rural Devon which he shares with various fish and batrachians. He is ably assisted by his lovely wife Corinna, his bulldog/boxer Prudence, his mother-in-law, and a motley collection of social malcontents. Plus.. did we mention the orange cat?
Posted by Graham Inglis at 10:47 AM No comments: 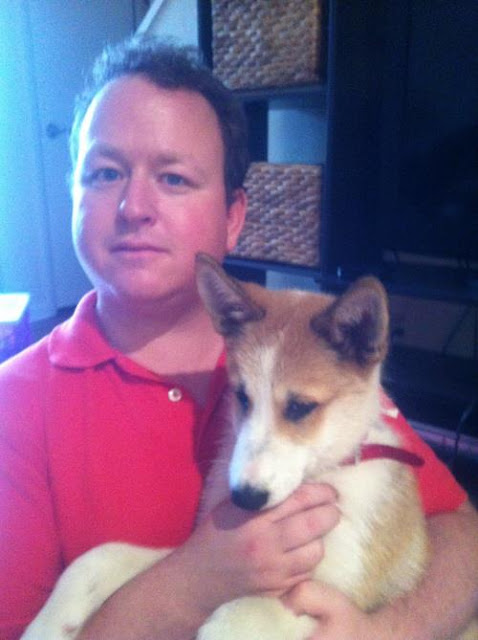 My name is Scottie Westfall, and I already have an established blog, The Retriever, Dog, & Wildlife Blog, which I have been writing since July 2008.

I initially wrote it to promote some of my writings on another site, but I later found that the blog itself was of greater interest to most readers.

And I found that I loved exploring my many ideas about animals and natural history. It was a nice respite from my studies in political science.

Through my own blog, I have been able to develop my own writing style and make many good friends that I wouldn't otherwise meet. The pup in the above photo is "Pavel," a West Siberian laika that I helped a friend import into Canada this past September. Pavel was born in Eastern Kentucky to a Russian imported father, and I helped send him to a friend in Alberta. Right now, Pavel is running around the forests of Finland, chasing hazel grouse and Swedish vallhunds.

I grew up in the Allegheny Foothills in West Virginia on the same farm my grandparents owned. West Virginia is a remarkable place. Most of the land is no longer intensively farmed, and vast tracts of forest have sprung up where once there were cultivated fields and pastures.

I had the luck of growing up next to my grandparents, who were both children of the Great Depression. My grandfather's family relied upon the forest for much of their sustenance during that period, and he became quite knowledgeable about the ways of wild animals in this area.

From him, I received two gifts:

He taught me so much about the natural world that I know that many things I know now come solely from his tutelage.

And he taught me how to tell a good story.

Although my professional training is in the political economy, my love is always going to be nature and its creatures.

My own areas of focus are domestic dogs and the process through which they became domesticated from wolves, and I am, of course, very interested in wild canids.

I have written extensively about both wild and domestic canids, and I shall provide links for samples below:

I think this list gives you an idea of what sort of posts I write.

A few weeks ago Jon Downes invited me to contribute to this blog, and I was more than happy to join.

I thank Jon very much for this opportunity, and I look forward to posting new blog posts on here in the future.

Until then, feel free to have a look at my blog and the posts I've linked to here.
Posted by Retrieverman at 10:22 AM No comments:


Today is Groundhog Day in North America when the appearance of a groundhog is said to herald the end of winter, or not if it doesn't show.

Posted by Graham Inglis at 10:11 AM No comments: