FORTEAN: Tall White Nazi Space Aliens Are Not -- We Repeat NOT -- Invading

The craziest story to emerge from the Edward Snowden leaked documents affair probably has nothing to do with Edward Snowden ... or reality.
According to a story posted by Iran's Fars News Agency, the U.S. government has been under the control of a shadow government overseen by extraterrestrials who helped Nazi Germany's rise in the 1930s.
The news agency story suggests that documents revealed by Snowden are part of a Russian Federal Security Service (FSB) report which states the information provides "incontrovertible proof that an alien/extraterrestrial intelligence agenda is driving U.S. domestic and international policy, and has been doing so since 1945."
Read on...
Posted by Jon Downes at 4:24 PM No comments:

Posted by Jon Downes at 3:52 PM No comments:

Posted by Graham Inglis at 2:43 PM No comments:

CRYPTOLINK: On the trail of something big?

The Uwharrie National Forest covers over 50,645 acres in Randolph, Montgomery and Davidson counties.

A haven for campers and hikers, it has a reputation for winding trails, teeming wildlife, trickling streams and hauntingly beautiful vistas.

Over the years, I’ve had folks tell me it has a reputation for being hauntingly different in other ways. Folklorists spin yarns of a headless horseman legend. UFO enthusiasts spy mysterious orbs of light hovering above the forest or bouncing through the woods. And then there’s folks like Lee Woods, of Asheboro, who prowl the forest in search of another kind of creature, the legendary Bigfoot.

Does Bigfoot exist? And does he indeed roam our national forest?

Those who claim to have evidence of his existence have been featured on Animal Planet’s “Finding Bigfoot.” Another episode is planned for later this year featuring Woods.

For more than seven years, Woods and his buddies have camped out, equipped with audio equipment and cameras, hoping to snare evidence even doubting Thomases can’t ignore. Among the items they’ve accumulated: An audio of inhuman screams taped about 4 in the morning, a thick pelt of coarse brown and black fur stuck in tree bark six feet off the ground (that hunters swear couldn’t belong to a bear or deer); huge human-like footprints photographed in the dirt; and once a blurred photo of a tall creature peeking from behind a tree trunk.

But they have never spotted Bigfoot up close. 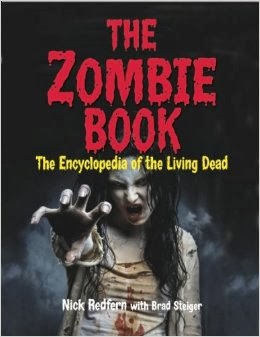 PS. If you are already a subscriber but think that you haven't been receiving your copies please check your spam filters. For some reason known only to the Gods of the internet, some e-mail programmes automatically count the magazine as 'spam' probably because it comes from a mass mailer. Either that or they are just jealous of our peerless content

On this day in 2010 Avatar became the first movie to gross over $2 billion worldwide. Although a good movie it's massive success means that Cameron will be tied up making sequels to it for the next 7 years or so and therefore is unlikely to be able to make the live action film of Battle Angel Alita/Gunnm that he'd been planning. A great loss because he is one of the few directors that would have properly understood the source material and created something awesome.

Here's the trailer for the anime adaptation of Gunnm, just in case you were wondering what I was whittering on about:
http://www.youtube.com/watch?v=ZImWfSmESs0
Posted by Graham Inglis at 10:00 AM No comments: