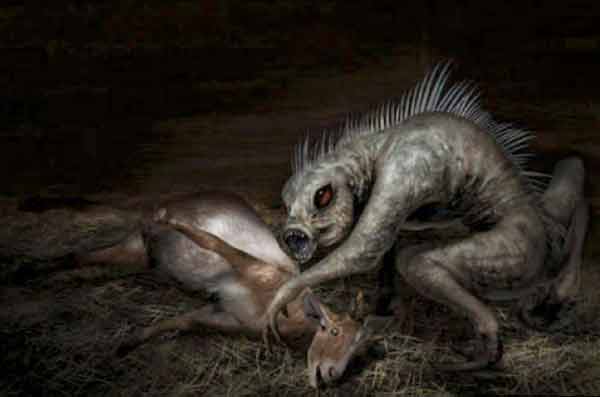 Over a week, the inhabitants of the settlement lost 200 birds. The predator leaves the carcass in place untouched. He only kills.
Local residents have decided that the culprits of their losses are stray dogs. Dvornyag, a flock of people inhabiting nearby settlements, were shot. Left only two – the most calm. But the night crimes continued.
“First cats … This year the dogs … Next year in Berezhki shoot the sparrows,” – Resist violent measures resident of the settlement, Anatoly Ivanov.
https://earth-chronicles.com/anomalies/chupacabra-terrorizes-berezhki-in-the-leningrad-region-of-russia.html
Posted by Jon Downes at 11:57 AM No comments:

ON THIS DAY IN - 1923 - In Kalamazoo, Michigan, an ordinance was passed forbidding dancers from gazing into the eyes of their partner.
And now some more recent news from the CFZ Newsdesk