THE HENS ARE PRAYING 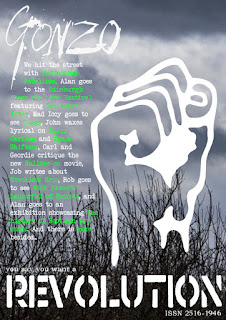 
* Jon Downes, the Editor of all these ventures (and several others) is an old hippy of 59 who - together with a Jack Russell called Archie, an infantile orange cat named after a song by Frank Zappa, and two half grown kittens, one totally coincidentally named after one of the Manson Family, purely because she squeaks, puts it all together from a converted potato shed in a tumbledown cottage deep in rural Devon which he shares with various fish. He is ably assisted by his lovely wife Corinna, his bulldog/boxer Prudence, his elderly mother-in-law, and a motley collection of social malcontents. Plus.. did we mention Archie and the Cats?
Posted by Jon Downes at 5:00 AM No comments:

ON THIS DAY IN -  1620 - The Mayflower Compact was signed by the 41 men on the Mayflower when they landed in what is now Provincetown Harbor near Cape Cod. The compact called for "just and equal laws."
And now some more recent news from the CFZ Newsdesk