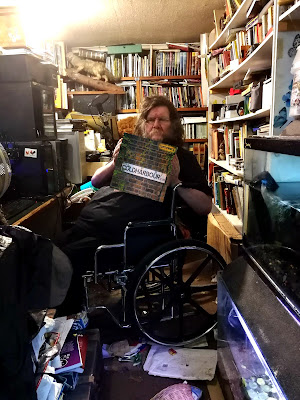 I know how Madonna feels now, as her royalties come pouring in. I have now sold TWO copies of my new record....

Read on...
https://wyrdsounds.blogspot.com/2018/09/the-coldharbour-diaries-jon-feels-like.html
Posted by Jon Downes at 1:01 PM No comments:

THE GONZO BLOG DOO-DAH MAN IS SELF AWARE

ON THIS DAY IN -   1189 - England's King Richard I was crowned in Westminster.
And now some more recent news from the CFZ Newsdesk