These are the links as they stood before Blogger started eating my posts. I'll just have to see if anything sticks tomorrow. Benny has not had my problem with Blogger yet. 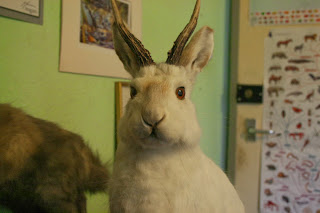 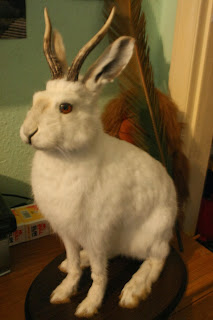 This most recent horned hare was created utilising the remains of a mountain hare L. timidus and a roe deer Capreolus capreolus with neither animal being killed for the purpose of creating this cryptozoological curiosity.
Posted by Jon Downes at 2:23 PM No comments: 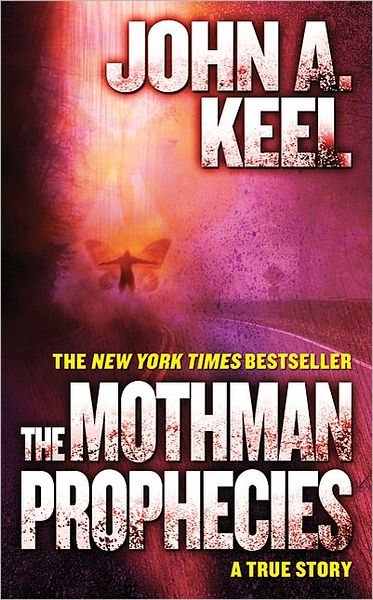 There can be very few researchers of the world of the unexplained who have not experienced, now and again, a sense that the phenomena they investigate sometimes manipulates them. For some people, it can be an exciting and illuminating experience. For others, it can be downright terrifying, and something which has led people to quit – forever – the world of the paranormal. I have experienced this sense of manipulation more than a few times, but last Saturday night things became downright crazy.

Right now, I’m working on a new book that includes a small overview of the Mothman mystery, which dominated the town of Point Pleasant, West Virginia in the 1960s. So, over the course of the last week, and even though I’m very clued-in on the subject, I have been doing a bit of additional research into the winged beast made most famous in John Keel’s classic study of the case, The Mothman Prophecies.

THE GONZO BLOG DOO-DAH MAN GETS A LITTLE BIT FESTIVE (NO, THAT DOESN'T MEAN DRUNK)

*  Jon Downes, the editor of all these ventures (and several others), is an old hippy of 54 who - together with his orange cat (who is currently on sick leave in Staffordshire) and two very small kittens (one of whom is also orange) - puts it all together from a converted potato shed in a tumbledown cottage deep in rural Devon, which he shares with various fish, and sometimes a small Indian frog. He is ably assisted by his lovely wife Corinna, his bulldog/boxer Prudence, his elderly mother-in-law, and a motley collection of social malcontents. Plus...did we mention the orange cat?
Posted by Jon Downes at 11:43 AM No comments:

On this day in 1946 Uri Geller was born. Geller is best known today for trying to sue Nintendo after they named a pokemon in his honour but in days gone by was known to bend spoons and fix clocks with what he claimed was a form of mind-power.
And now the news:

Now that Uri Geller doesn't bend spoons anymore this is our only defence against the spoon menace:

http://www.youtube.com/watch?v=t6Dp2OfIT_M
Posted by Jon Downes at 11:43 AM No comments: