And so the week continues. Witha bit of luck and a fair wind I shall be in Oakham sometime tomorrow, but all things being equal, my recently refurbished laptop will allow me to plug into the aether and do all the bloggystuff whilst I am there. I do hope so, because my daily bloggycommitments areso big now that if I can't do stuff on the hoof I will never be able to leave Woolsery without putting an enormous burden upon Graham...

And so we start the day with another glorious Mimi Page remix. I cannot think of a better way of doing so, except possibly starting the day with an enormous artery-busting fry-up. But I am not allowed those anymore, and so I can only dream. But what better way to dream than to the soundtrack of Mimi's sublime sounds, which brings us back to where we started.
http://gonzo-multimedia.blogspot.co.uk/2012/07/mimi-page-and-deadmau5-black.html

Belgium is a funny place. I went there once with Steve Harley and Cockney Rebel, well over twenty years ago. I behaved rather badly on that trip. However, I noticed two things about the Belgians. They like their lager (draft lager was on sale at the Motorway service station back in the balmy days of 1989), and they like their music (I picked up some fantastic things at a car boot sale in Bruges). Here is more proof of the latter with a sublome Belgian review of Uncle Rick W...
http://gonzo-multimedia.blogspot.co.uk/2012/07/rick-wakeman-belgian-review.html

I am rapidly becoming quite a fan of Martin Stephenson, both with and without The Daintees. I really have got to persuade him to come and play in Devonshire, because after reading all the live reviews that people send me (like this one from Knutsford, which is a name I recognise from the M6) I am certain that a live show by The Daintees is a sublime experience.
http://gonzo-multimedia.blogspot.co.uk/2012/07/martin-stephenson-joyful-journey.html

I really do enjoy working with Dan Wooding. He is such an amusing writer, and always gets to the heart of the story. I knew about his pivotal work in publicising Rick Wakeman back when the keyboard supremo was a mere stripling, but until I received the story that I have posted today about him, I never realised that he was one of the first people to champion Monty Python as well.
http://gonzo-multimedia.blogspot.co.uk/2012/07/how-ans-founder-dan-wooding.html

Jefferson Starship, in their various incarnations, have been responsible for a lot of my favourite musical experiences, and have been a soundtrack to my life on and off since I was a teenager. I cannot tell you how much I am looking forward to getting hold of a copy of the new 4cd box set of them live at the Roswell UFO Festival back in 2009. The fact that this set features one of my favourite keyboard players, Tom Constanten (ex-Grateful Dead) is just an added bonus.
http://gonzo-multimedia.blogspot.com/2012/07/another-jefferson-starship-link-oh.html

I don't think I have posted this Erik Norlander link before, but even if I have I don't really care because these two CD/DVD sets are absolutely astounding. In fact, The Queen's Speech for the current session of parliament included legislation making it an offence NOT to own a copy of both releases, so I am actually doing you all a favour...
http://gonzo-multimedia.blogspot.co.uk/2012/07/get-new-erik-norlander-release-now.html

What else can you say? Michael Des Barres singing Otis Redding last week in aid of a supremely good cause. Sublime! Like Michael said to my wife yesterday, we are all one family in the electric church, and listening to this I believe him!
http://gonzo-multimedia.blogspot.co.uk/2012/07/michael-des-barres-love-man.html

So, once again, we come to the end of a day's bloggystuff. Enjoy...
Posted by Jon Downes at 1:36 PM No comments:

On this day in 1980 Oll Lewis was born, Lewis is known for being awesome and the best person in the world bar none and a ticker-tape parade will be held in his honour in Plymouth's Barbican this evening, he is also prone to slight exaggeration and occasionally speaking about himself in the third person.

It's my birthday so I call the tune today, you'll like this one:

MUIRHEAD`S MYSTERIES: A PUZZLED PYTHON IN A PNEUMATIC PIPE

Here is a story of a very unfortunate python which found its way into a pneumatic pipe, from the wired.com archive, dated May 1994.

Back to the Future by Michael Wofsey

“About fifteen years ago , Don Ives was in the basement of a hospital, working on the building`s pneumatic tube system – a pipe that uses compressed air to propel cargo-laden cylinders- when he heard screaming. “ I heard this ungodly screech; I thought my partner had hurt himself,” he recalled . Instead, his buddy stood in front of an open pneumatic tube, mesmerized by a 9-foot-long python that had escaped from one of the labs above. The animal had found the tube system to be a perfect way to high-tail it out of the medical complex. (1)

So now you know…

http://www.wired.com/archive/2.05/tubes.html accessed June 24th 2012
I am bringing an end to my occasional song lyrics selection with a favourite of mine `Broken Hearts (Thirteen Valleys) by Big Country. I am going to follow in my next 3 blogs with 3 short Fortean Zoology type poems, then move on to dreams. As in nocturnal dreams, not dreams as in aspirations. 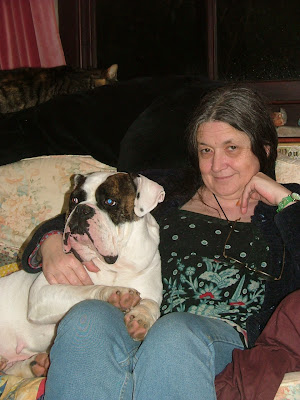 Without her I would not do anything that I do. In a very real way without her there would be NO CFZ.
Happy Birthday darling.
Posted by Jon Downes at 11:36 AM 4 comments: 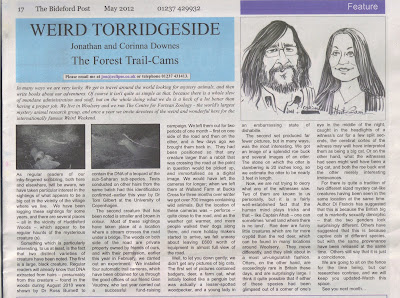 CFZ PEOPLE: Corinna writes about the girls and Pru 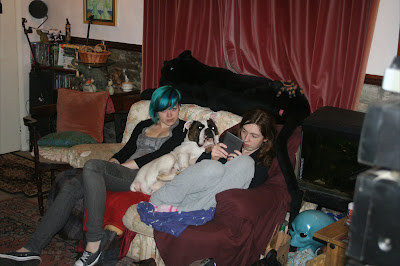