Today I was in the office of a Scottish man here in Macclesfield  when he was browsing on Google and we found this story from May 21st  2013  newspaper from Dundee The Courier , mentioning, (see photo) the sighting of what was thought to be a female Vietnamese pheasant.

http://www.thecourier.co.uk/news/local/dundee/muirhead-s-mystery-bird-ruffles-feathers-1.95031
Posted by Jon Downes at 2:17 PM No comments: 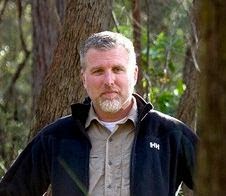 First of all I want to say thank you to Cliff for taking a few minutes out of his very busy schedule to answer our Forum questions for our Blog page. I must say that Cliff’s name has come up for questions often in the last few months I have been doing this blog. Cliff, did you know the only other Finding Bigfoot cast member’s name that has been asked for is James “Bobo” Fay? I think that is a testament to the fact our forum relates more to you.

In an article for the first edition of Cryptozoology Bernard Heuvelmans wrote that cryptozoology is the study of 'unexpected animals' and following on from that perfectly reasonable assertion, it seems to us that whereas the study of out-of-place birds may not have the glamour of the hunt for bigfoot or lake monsters, it is still a perfectly valid area for the Fortean zoologist to be interested in.
Posted by Corinna at 12:11 PM No comments:

Before It's News
Here's a summary of a rancher's recent possible Bigfoot experience at his cabin in the mouth of a 35 mile canyon. The surrounding community has ...

On Bigfoot's Trail
Pacific Northwest Inlander
For Bigfoot believers like Gimlin, the enigmatic ape is just another rare and endangered species that hasn't officially been "discovered." And while ...

Say What?!: Bigfoot-like Creature May Be in Mississippi
exploreJeffersonPA.com
VICKSBURG, Mississippi – A pair of Mississippi men said they had close encounters with a Bigfoot-like creature on separate occasions near the same ...

Is the Government Secretly Killing Bigfoot?
Bigfoot Evidence ⋅ Matt K.
There's a lot of conspiracy theories out there, including some about bigfoot. But bigfoot being secretly killed by the government? Not only does this
Posted by Jon Downes at 11:33 AM No comments:

WHATEVER GETS THE GONZO BLOG DOO-DAH MAN THROUGH THE NIGHT....IT'S ALRIGHT

*  Jon Downes, the Editor of all these ventures (and several others) is an old hippy of 54 who - together with an orange kitten named after a song by Frank Zappa puts it all together from a converted potato shed in a tumbledown cottage deep in rural Devon which he shares with various fish, and sometimes a small Indian frog. He is ably assisted by his lovely wife Corinna, his bulldog/boxer Prudence, his elderly mother-in-law, and a motley collection of social malcontents. Plus.. did we mention the orange kitten?
Posted by Jon Downes at 11:30 AM No comments:

ON THIS DAY IN 1825 - New York Governor Clinton ceremoniously emptied a barrel of Lake Erie water in the Atlantic Ocean to consummate the "Marriage of the Waters" of the Great Lakes and the Atlantic.

AND TO WHISTLE WHILE YOU WORK... (Music that may have some relevance to items also on this page, or may just reflect my mood on the day)
Posted by Jon Downes at 7:31 AM No comments: