It is still grey and close here. I am not feeling at my best (as one of the stories here will explain) and it is probably not the best time for me to be expecting a visitor from Australia who is an old friend that I have not met in 14 years. But I am looking forward to his arrival immensely. I thought that we had bad weather yesterday but Anne Marie tells me "We had just got off the Tyne Bridge when the lightning struck and it took us 5 hours to go home 15 miles!!! Nightmare." So there is always someone worse off than you. Thus ends my philosophical message for today. On with the postings:

A few weeks ago we started a new series called SONG-BY-SONG and it does exactly what it says on the tin. Basically I go through an album song by song, and then pass my notes on to the artist who made the album in the first place, and see what they have to say. And we started off this exciting new series with the irrepressable Martin Stephenson and his smashing new album California Star. We did the first two thirds of the album, and then nothing. But here is the concluding part, and we shall be back with Michael Des Barres in a day or two.http://gonzo-multimedia.blogspot.com/2012/06/song-by-song-martin-stephenson-and.html

Mimi Page is an industrious young lady, and makes so many guest appearances on other people's records that it is sometimes quite hard to keep track of them all. This is a new remix that I don't think that I have heard before. It is, by the way, massively groovy (Golly, I am showing my age calling something 'groovy')http://gonzo-multimedia.blogspot.com/2012/06/another-mimi-page-remix-i-dont-think-i.html

In which our hero has one of his turns and has to proffer his apologies to Tony Hawks. However, I can report that the book by Drumbo is excellent, and I look forward to chatting to him in a week or two. Forgive me for all this chaps and chapesses, but I am as mad as a bagful of cheese at the moment.http://gonzo-multimedia.blogspot.com/2012/06/drumbo-book-mask-replica-post-bag-and.html

As regular readers will probably have worked out by now, I am really quite fond of Michael Des Barres (whose new album is sooooooooo good, and which I am playing constantly). This photograph, which I think I nicked from his Facebook page, might go a little way towards explaining why.http://gonzo-multimedia.blogspot.com/2012/06/and-you-wonder-why-i-am-fond-of-michael.html

As regular readers will have gathered (and as anyone who has ever visited the Centre for Fortean Zoology over the past fifteen years will attest - if you haven't gathered, the CFZ is what we do when we are not gonzifying) - we are all rather fond of Hawkwind. Graham, in particular is very much a fan. In fact, calling Graham a 'fan' of Hawkwind, is as much of an understatement as saying that I could do with losing a little weight. He is a complete obsessive! So it was to his great delight that we linked to a particularly insightful interview with the band..http://gonzo-multimedia.blogspot.com/2012/06/link-hawkwind-interview.html

I think that Peter McAdam's skewed take on life is one of the funniest things that I have ever come across. I am so enamoured of his book 'The 9 Henrys' that I shall be plugging it unmercifully until every person in the western world owns at least 1.3 copies of this remarkable work. So there!http://gonzo-multimedia.blogspot.com/2012/06/invitation-to-social-event-of-season.html

Another of the vintage hippy bands of which I in particular am very fond is Jefferson Starship. I am very much looking forward to this 4CD set of them live at the Roswell UFO Festival back in 2009, and am desperately doing links to every article that I can find about it and them. Like this one...
http://gonzo-multimedia.blogspot.com/2012/06/link-jefferson-starship-set-to-release.html

So ends another day. I will be back on the morrow....
Posted by Jon Downes at 4:23 PM No comments:

On this day in 1920 Ray Harryhausen was born. Harryhausen is a pioneer of stop-motion animation in films, the most well known of which draw on classic legends and monsters like Jason and the Argonauts, Clash of the Titans and The 7th Voyage of Sinbad.
And now the news:
Even today when film-makers can seamlessly blend motion capture CGI with real actors, this Harryhausen animated scene from Jason and the Argonauts can still lay claim to being one of the greatest accomplishments in special effects:
http://www.youtube.com/watch?v=pF_Fi7x93PY
Posted by Jon Downes at 2:23 PM No comments: 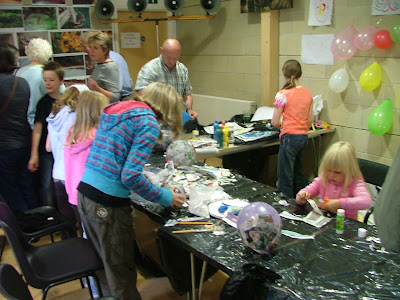 How could I have forgotten the most important part of the Weird Weekend? Mrs Joanne and Ms Rosie Curtis and their Crypto arts and crafts kids' stall. It is fantastic and it is free and each year it gets better and better.

However, they always insist on bringing that weird bloke with them....

For more Weird Weekend details and to buy tickets check out www.weirdweekend.org
Posted by Jon Downes at 10:24 AM No comments:

LARS THOMAS: The Strange Case of the Dog Loving Shieldbearer 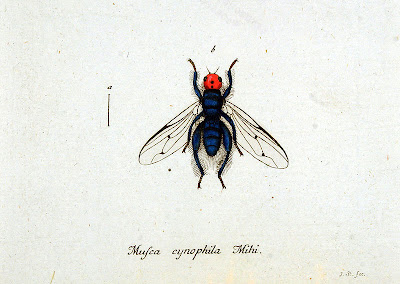 Although I have never considered myself an entomologist, I have nurtured a growing interest in insects the last 5 or 6 years. I have even managed to rediscover a beetle everybody thought had died out in Denmark in the early 1990's, but nothing REALLY cryptozoological - until now that is.
Read on...
Posted by Jon Downes at 12:32 AM No comments: