Early birds in with chance of a sighting
The RSPB Lakenheath Fen nature reserve is holding a guided walk to look for marsh harriers and bitterns, two of Britain’s rarest nesting birds, this coming Sunday.

A three-mile walk concentrating on the reserve’s reedbeds will be held between 7am-10am.

The walk costs £6 for adults, £3 for children, half price for RSPB members. Coffee and a croissant can be bought for an extra £2. 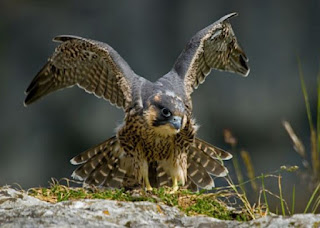 Police ask people to help Calderdale’s at-risk birds and wildlife
This is the time of year when most of Calderdale’s protected bird species are nesting and incubating eggs, thus make them most at risk from people disturbing their nests – a criminal offence.
All Calderdale’s protected species, including the Peregrine Falcon, Twite and Curlew, have their nesting sites monitored by volunteers who report suspicious activity to the police.
But there are other steps that can be taken, said Calderdale Police’s wildlife  officer Special Constable Phil Sanderson:
“Walkers are asked to keep dogs on leads while exercising their dogs during lambing season and to be also aware that, despite the recent spell of wet weather, the upland reaches and moorland are susceptible to fire,” he said.
“The public are reminded that in the upland reaches of Calderdale any activity they are concerned about such as illegal off-roading can be reported via www.moorwatch.co.uk as an alternative to contacting the police as long as it is not an emergency.”
Peregrine falcons nest at several sites across Calderdale but are at risk from professional criminals because of the high value of their eggs.
http://www.halifaxcourier.co.uk/news/local/police-plea-for-people-to-help-protect-at-risk-birds-and-wildlife-in-calderdale-1-4475218# 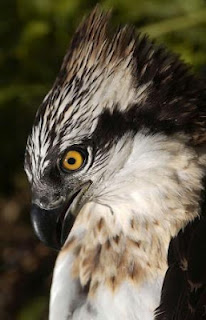 Could ospreys return to the North-East?

Roy Dennis has earned international acclaim for his work in successfully reintroducing sea eagles and ospreys to Scotland and red kites to other parts of the UK.  Following sightings of fish-catching ospreys over the Teesside and North Yorkshire border, his advice has been sought on ways to entice the birds to stay and breed.
The osprey had been extinct as a breeding bird in England since 1847, but in 2009 it bred in Kielder Forest in Northumberland and last year a further breeding pair joined them on specially-constructed high platforms.
Northumbrian Water says it is “very early days” to talk about attracting breeding ospreys to Scaling, but local wildlife enthusiasts are hopeful the birds could be breeding near the reservoir within the next five years.
Mr Parker said: “Roy Dennis has given us some extremely useful guidance. It is extremely exciting. We cannot guarantee anything, but if you provide the right conditions and get a couple of birds of the right age lingering, there is no reason why they cannot begin to breed.”
http://www.thenorthernecho.co.uk/news/9663686.Could_ospreys_return_to_the_North_East_/
Posted by Corinna at 1:21 PM 1 comment:

It is wednesday at the Gonzo Blog offices, and once again we have a jolly selection of things for you.

First we have part two of our exclusive interview with Martin Birke of 'Genre Peak':
http://gonzo-multimedia.blogspot.com/2012/04/exclusive-martin-birke-from-genre-peak.html

This morning I had an email from Michael Des Barres demanding cake, and enclosing some fantastic pics of 'Silverhead' in Japan over the weekend:
http://gonzo-multimedia.blogspot.com/2012/04/michael-des-barres-in-tokyo.html

We have a link to a eulogistic article about Merrell Fankauser:
http://gonzo-multimedia.blogspot.com/2012/04/link-merrell-fankhauser-most.html

And some great news for Rick Wakeman fans:
http://gonzo-multimedia.blogspot.com/2012/04/link-mirc-2012-wakeman-confirmed-as.html

New at the Frontiers of Zoology, a compilation of articles on the Texas Bigfoot:
http://frontiersofzoology.blogspot.com/2012/04/wildmen-of-texas.html
Starting up all over again at Cedar and Willow:
http://cedar-and-willow.blogspot.com/2012/04/ombc-stills-featuring-cedar-as-sura.html
And Benny's New Blog has an article entitled "Sigh"
(Which is about Carole Landis' trademark during WWII days and not the use as it appears on the message boards-the latter is something Benny finds annoying)
http://bennypdrinnon.blogspot.com/2012/04/sigh.html
Tyler Stone is working on a couple of things elsewhere and he shall be back when he is ready.
Best Wishes, Dale D.
Posted by Jon Downes at 12:40 PM No comments:

On this day in 1939 Detective Comics issue 29 was released. This issue featured a new character known as Batman.

I still think this is the best Batman film:

The latest article on Uncanny UK has a disturbing selection of three apparently true encounters with strange animal-like entities which were not only bizarre to look upon but also generated a distinctly evil atmosphere. You can read these hair-raising stories over at http://www.uncannyuk.com/893/weird-creatures-of-evil/.

The article is written by an old friend of Uncanny UK, Richard Freeman. Richard is the zoological director of the Centre for Fortean Zoology and has searched for a number of potentially real flesh and blood creatures such as the Mongolian Death Worm and the Orang Pendek. He is also very interested in supernatural, rather than merely natural, critters. This is not only borne out by his latest article on Uncanny UK but also by his new book – a collection of short horror stories inspired by these interests and by his fondness for weird fiction.

‘Green, Unpleasant, Land’ is highly recommended. Richard kindly sent me a manuscript copy, and I’ve been savouring one story at a time, on those rare occasions when I actually allow myself to relax. Not surprisingly, monsters feature strongly in Richard’s tales, including ancient dragons reborn to wreak fiery vengeance on destroyers of the land, hideous subterranean worms and a baleful basilisk accidentally bred in a laboratory. I also enjoyed his story of malevolent fairies with its knowing nod to Arthur Machen. Richard clearly loves folklore-based weird fiction as much as I do.

‘Green, Unpleasant, Land’ is a hell of an achievement and I don’t mind admitting to feeling considerable envy. I’ve been trying to write fiction again myself recently but it’s been like pulling teeth – I guess I’m too distracted with the need to get myself sorted with various projects under development post Paranormal Magazine. You really need to be able to relax and get into your characters and your stories. To have a collection of self-penned weird tales in print is a long-held ambition of mine and I offer Richard my sincere congratulations. He is now part of a long heritage of British horror writers – a genre we excel in. How lovely to have your own book alongside those of Machen, James, Blackwood and Benson!

I should also mention that the book is illustrated by the phenomenal Shaun Histed-Todd. Shaun did some highly impressive work for Paranormal Magazine and his striking illustrations complement Richard’s stories brilliantly.

http://en.wikipedia.org/wiki/Levon_Helm
Posted by Jon Downes at 12:27 PM No comments:

Today, 23 April, is St George's Day. So here, by way of celebration, is the never-before-seen unedited version of my retelling of the famous legend of St George and the Dragon that appeared in my book Dragons: A Natural History (1995). Interestingly, as seen from the illustrations included here, down through the ages artists have visualised St George's reptilian foe in an unparalleled diversity of shapes, sizes, colours, and forms – everything, in fact, from a serpent dragon and lindorm to a wyvern and both wingless and winged classical dragons. Verily, a polymorphic dragon forsooth!
Read on...
Posted by Jon Downes at 9:28 AM No comments: