California Farmer Captures Evidence Of Bigfoot & Family Near His Home

David Avocado Wolfe
A California farmer claims to have witnessed the latest “Bigfoot” sighting after spotting five of the creatures running near his ranch and taking pictures.

The Art of Joy
This comprehensive database of credible sightings and related reports is maintained by an all-volunteer network of bigfoot/sasquatch State # of ...

MMO-Champion
What is the validity to bigfoot actually existing? we are discovering thousands of new species every year, could there be an undiscovered large ape in ...

Bigfoot Evidence - blogger
Jonathan Odom talks about his personal beliefs of what bigfoot is and his feelings on the bigfoot community. Which isn't very nice.

A Bigfoot Documentary So Significant Experts Believe It Could Prove in a Court of Law That ...

PR Newswire (press release)
A growing group of independent researchers working towards definitive proof and protection of the species commonly known as Bigfoot are pleased to ...

Posted by Jon Downes at 2:13 PM No comments: 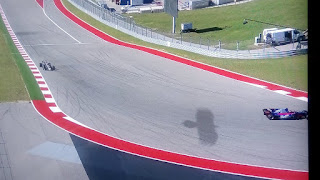 
So, sadly for all the people who are claiming that this is conclusive proof of the existence of the Wakinyan.... Sadlyu, it is nothing of the kind. Not yet, at least.
Posted by Jon Downes at 1:44 PM No comments:

ON THIS DAY IN - 1415 - In Northern France, England won the Battle of Agincourt over France during the Hundred Years' War. Almost 6000 Frenchmen were killed while fewer than 400 were lost by the English.
And now some more recent news from the CFZ Newsdesk