Graham reports that Richard's now safely back in Exeter, having returned from Sumatra.  He phoned in yesterday evening and sounded pleased with how things went.

As reported a few days ago the team

More updates and reports to follow.
Posted by Jon Downes at 3:03 PM No comments: 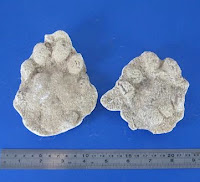 
Pathfinder: State bird neither lark nor bunting but takes the name of both

32 endangered birds released into the wild

Bird Enthusiasts in East Lancashire asked for help
Posted by Jon Downes at 12:45 PM No comments:


New at the Frontiers of Zoology and other spots......

New At The Frontiers of Zoology:
http://frontiersofzoology.blogspot.com/2013/07/minnesota-iceman-request.html

New At Cedar and Willow, Dr Who's Family Tree:
http://cedar-and-willow.blogspot.com/2013/07/doctor-whos-family-tree.html

Graham here again, on what we're told is likely to be the hottest day of the year so far. Nothing compared to Arizona recently, of course, but it already feels pretty hot.

I daresay it's equally hot where Jon and Corinna are, but at least he can have the car window open for a blast of air.

I think a glass of lime squash beckons soon.

So... What's new on the Gonzo Daily?
http://gonzo-multimedia.blogspot.com

The Gonzo Track of the Day is from American band Backbiter, chainsawing their way through a Hawkwind song
http://gonzo-multimedia.blogspot.com/2013/07/gonzo-track-of-day-backbiter-do.html

Another visit to our old friend Thom the World Poet.
http://gonzo-multimedia.blogspot.com/2013/07/thom-world-poet-daily-poem_13.html

*  Jon Downes, the editor of all these ventures (and several others) is an old hippy of 53 who - together with his orange cat (who is currently on sick leave in Staffordshire) and two very small kittens (one of whom is also orange) puts it all together from a converted potato shed in a tumbledown cottage deep in rural Devon, which he shares with various fish, and sometimes a small Indian frog. He is ably assisted by his lovely wife Corinna, his bulldog/boxer Prudence, his elderly mother-in-law, and a motley collection of social malcontents. Plus...did we mention the orange cat?

Posted by Graham Inglis at 12:33 PM No comments:

ABSTRACTS OF POSTERS FROM THE 2013 Box Turtle Conservation Workshop

A round-up of Yesterday's News Today

A round-up of the news on http://cryptozoologynews.blogspot.co.uk -