Bigfoot Evidence: Listen To This Aussie's Encounter With a 6' Yowie

blogspot.com
The story goes that Patterson and Gimlin had developed a strong interest in Bigfoot, and in October 1967 they rented the movie camera and went off .

youtube.com
Above the beach community of Santa Cruz is the mountain home to several Bigfoot. Santa Cruz Sasquatch in the shadows.

Bigfoot Evidence ⋅ Matt K.
If bigfoot are in an area, they are going to have to eat something. Part of good bigfoot research is finding plentiful food sources for these creatures.

The Bigfoot Field Journal ⋅ Joe Black
Bigfoot Research - Moving "Blob Squatch" on Hill Above Me - Preview. I am still working on the video but wanted to give you a preview of what I have ...

facepunch.com
Bigfoot needs to be roaming the woods!! 1 bigfoot at a time, when he gets killed he respawns. It would be fun to go hunt for bigfoot :) He should be

Bigfoot Killed? To Be Displayed

Breaking Brad: Traveling Bigfoot corpse exhibit coming to a county fair near you

Omaha World-Herald
A man in Texas claimed he killed Bigfoot and is now on tour with the corpse. That Douglas County Fair potentially just got a lot more interesting.

beforeitsnews.com
Countless books and documentaries have offered up the same explanation, that Bigfoot are nothing more than large, bipedal apes that mainstream ... 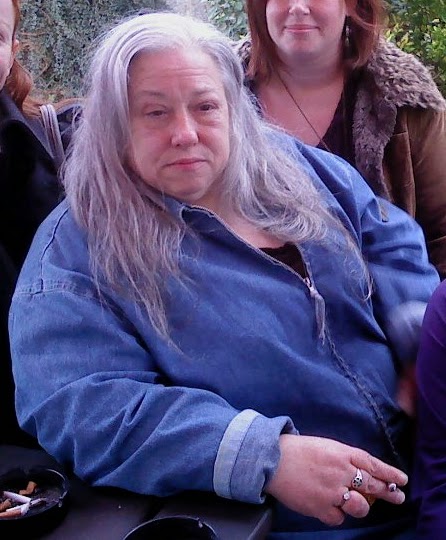 Joyce Howarth, our old friend, CFZ patroness and hedge witch, and second only to Tony Shiels, the most powerful magician I have ever met, has died suddenly and unexpectedly in her sleep.

I have known something was coming for days; there have been signs and portents a-plenty. Now I know where they were leading.

Goodbye, my dear. I love you and miss you more than I can say....

THE GONZO BLOG DOO-DAH MAN MAKES HIS MIND UP

www.gonzomultimedia.co.uk/about.html
Yesterday afternoon I received the news that my long-time friend Joyce Howarth died unexpectedly in her sleep on Wednesday night. I had not seen her for some years but at one time she was a fixture at the CFZ. Nick Redfern affectionately partially based the character of 'Mother Sarah Graymalkin' from his book Three Men Seeking Monsters on her, and I wrote my song 'Hey You', which described "the wisest of all the wise women I know" about and for her. Her partner of 15 years, Steve Cummins, and her three daughters are constantly in my thoughts and prayers. Blessings be with you, my dears.
This is particularly poignant for me because although she is far from being the first of my friends to have died, she is - I think - the first of my friends of roughly the same age as me who has died of natural causes. The others were all substance related, or died through accident or violence (mostly self-inflicted). As someone who is not in the best of health, Joyce dying suddenly at the age of sixty - only five years older than me - is somewhat of a shock.
Rest in Peace my dear, sweet friend.
Zappa Plays Zappa comes to New Brunswick
http://gonzo-multimedia.blogspot.com/2014/02/zappa-plays-zappa-comes-to-new-brunswick.html
BRAND X: German Review (translated)
http://gonzo-multimedia.blogspot.com/2014/02/brand-x-german-review-translated.html
THOM THE WORLD POET: The Daily Poem
http://gonzo-multimedia.blogspot.com/2014/02/thom-world-poet-daily-poem_28.html
GONZO TRACK OF THE DAY: Is for Joyce
http://gonzo-multimedia.blogspot.com/2014/02/gonzo-track-of-day-is-for-joyce.html
Rick Wakeman announces Glasgow date for sci-fi tour
http://gonzo-multimedia.blogspot.com/2014/02/rick-wakeman-announces-glasgow-date-for.html
Prince watch: First gig in Manchester doesn't sell out
http://gonzo-multimedia.blogspot.com/2014/02/prince-watch-first-gig-in-manchester.html
Work on the next issue of Gonzo Weekly has already begun, with lots of photographs and stuff relating to last weekend's Hawkwind-related activities in next weekend's Gonzo Weekly. There will also be an interview with the legendary Keith Levene, new videos from Judy Dyble and Galahad and tons more. The current issue which features an EXCLUSIVE Corky Laing interview, various tributes to the Norse Gods' last battle,Ragnarok, exclusive Hawkwind Space Ritual rehearsals, the return of the mighty Six Foot Three, Clepsydra box set details, news about Hawkwind live this weekend, a pork pie fight, and more news, reviews, views, interviews and packets of fruit chews (OK, no special chewy sweets, but I got carried away with things that rhymed with OOOOS) than you can shake a stick at. And the best part is IT's ABSOLUTELY FREE!!!
You can read it here:
http://forteanzoology.blogspot.com/2014/02/the-gonzo-weekly-66.html
To make sure that you don't miss your copy of this and future issues make an old hippy a happy chappy and subscribe
http://eepurl.com/r-VTD
PS: If you are already a subscriber but think that you haven't been receiving your copies please check your spam filters. For some reason known only to the Gods of the internet, some e-mail programmes automatically count the magazine as 'spam' probably because it comes from a mass mailer. Either that or they are just jealous of our peerless content
*  The Gonzo Daily is a two way process. If you have any news or want to write for us, please contact me at  jon@eclipse.co.uk. If you are an artist and want to showcase your work, or even just say hello please write to me at gonzo@cfz.org.uk. Please copy, paste and spread the word about this magazine as widely as possible. We need people to read us in order to grow, and as soon as it is viable we shall be invading more traditional magaziney areas. Join in the fun, spread the word, and maybe if we all chant loud enough we CAN stop it raining. See you tomorrow...

*  Jon Downes, the Editor of all these ventures (and several others) is an old hippy of 54 who - together with his orange cat (who is currently on sick leave in Staffordshire) and two very small kittens (one of whom is also orange) puts it all together from a converted potato shed in a tumbledown cottage deep in rural Devon which he shares with various fish, and sometimes a small Indian frog. He is ably assisted by his lovely wife Corinna, his bulldog/boxer Prudence, his elderly mother-in-law, and a motley collection of social malcontents. Plus.. did we mention the orange cat?
Posted by Jon Downes at 12:43 PM No comments: 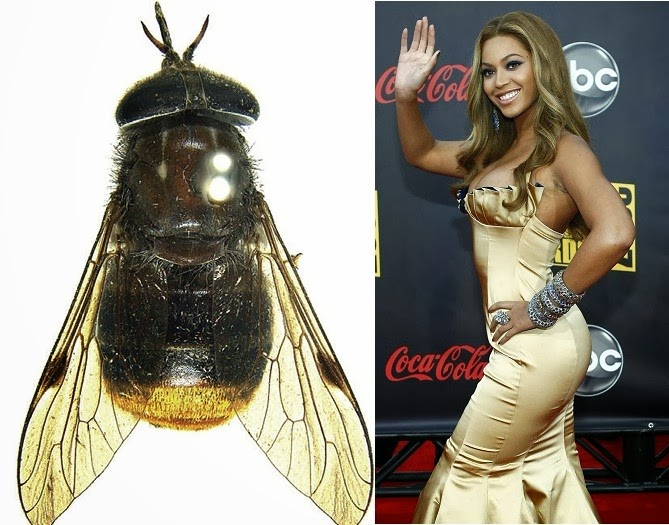 On this day in 1978 Fortean and Sci-Fi writer Eric Frank Russell died.
And now the news:

A reading from the Eric Frank Russell story The Great Explosion:
http://www.youtube.com/watch?v=woaIitk4AZ0