Lamb is not on the menu
The lambing season is upon us and some farmers may be getting jittery about the safety of their lambs from aerial bombardment. The red kite is making itself at home once more in Northern Ireland after a long absence of 200 years and is beginning to spread its wings as it expands its territory. Put the two together, and it makes for instant mistrust from the farmers on the ground, but means nothing much to the latter. 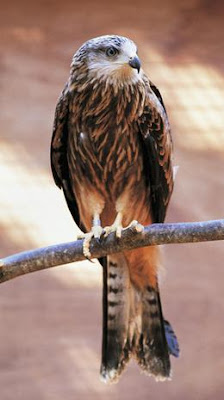 The RSPB have assured farmers that their lambs are safe from aerial attacks from red kites. The species is – at heart – a scavenger that prefers to eat worms, scraps, frogs, carcasses, with the odd mouse or rat thrown in for a change.

According to Adam McClure, RSPB red kite officer, “Appearances may be deceiving, but the red kite is actually a bit of a wimp. These birds may look amazing wheeling high above, but they do not have the size, power or the agility to take prey on the move. Kites can be lazy too, if they can get a meal without killing, so much the better.”

Blizzard of birds hits frozen gardens
The British Trust for Ornithology (BTO) Garden BirdWatch results have revealed that vast numbers of birds have visited gardens over recent days. Two migrant thrushes to our shores – the fieldfare and the redwing – have led this invasion. The BTO Garden BirdWatch is a year-round survey which has also shown that the song thrush has increased its numbers by 72% and the mistle thrush by 49%. Even the well-known blackbird numbers are up by a third. Even in the south west, where the bad weather did not make its presence too badly known there have been increases in numbers.
Tim Harrison, BTO Garden BirdWatch, commented: “Many householders will be really disappointed that this huge influx of birds has come a week too late for their RSPB Big Garden Birdwatch count. Thankfully, however, people can make their garden count all year round through BTO Garden BirdWatch.”

According to data collected by BTO, it appears that our resident bird populations are quite sensitive to severe weather in the winter. Last year the numbers of robins and wrens dropped by a third, song thrushes by a quarter and dunnocks by a fifth, compared with the five-year average. However 2011 saw a bumper breeding season which helped offset these bad losses. This, in turn, though means “that this year there are lots of inexperienced birds out there feeling the cold.”

He continued: “The survival of these birds is on a knife-edge but there is much that householders can do to help. Peanuts, finely grated cheese and beef suet can provide a calorific hit; windfall or fresh fruit will help sustain thrushes, and sunflower hearts are a particular favourite with finches.”

He concluded: “The other important way to help is by counting your visitors. You can do this whatever the weather through BTO Garden BirdWatch.”
For a free BTO Garden BirdWatch enquiry pack, email mailto:gbw%40bto.org, tel. 01842 750050, or write to GBW, BTO, The Nunnery, Thetford, Norfolk, IP24 2PU.
http://www.bto.org/volunteer-surveys/gbw/join

Update on BTO cuckoos
Two of the tracked cuckoos seem to be heading north , but there is some disagreement at the BTO as to whether this marks the start of migration or not. Lyster and Martin are the two birds in question , but Clement and Chris have not moved much, in fact it would seem that Clement has stayed in the same area as he was when he arrived in the Congo. Unfortunately, the fifth cuckoo, Kasper, had a period of non-transmission - there could have been several reasons for this: tag failure, poor tag charging due to the weather, or because Kasper had been staying under the forest canopy. There was also the very real chance – of course – that he had fallen foul of a predator. He had not been heard from since 6th January, and those back home were understandably getting worried. But on 7th February he suddenly popped up again and proved to the furthest north of all five of our intrepid travellers.
You can read more, see maps and read individual cuckoo blogs at the BTO website: http://www.bto.org/science/migration/tracking-studies/cuckoo-tracking 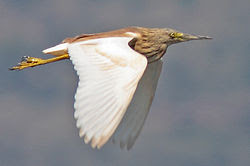 "One of the highlights for birdwatchers was the appearance of the squacco (Ardeola ralloides) heron in November, which saw more than 500 people turn up just to see it.

"We also had six pairs of Cetti's warblers (Cettia cetti) breeding in October which was a great success and brought a lot of people to the centre.

"I think people are realising they can see some fantastic wildlife on their doorstep all year round and that's bringing people back to the centre."

The centre also runs bird-watching sessions, tree identification classes and nature walks around the site. It also runs a school programme to raise environmental awareness among youngsters – with this scheme welcoming it's 20,000th child last year.

http://www.attenboroughnaturecentre.co.uk/
Posted by Jon Downes at 7:29 PM No comments:

PRUDENCE, WHAT HAVE YOU DONE?

Sadly, apparently there can...

On this day in 1965 NASA launched the Ranger 8 probe to photograph the Sea of Tranquillity in preparation for the Lunar landing there.

Without the Lunar landings we would have not had the one of the funniest episodes of Futurama, so it was well worth the money:
http://www.youtube.com/watch?v=z5tZMDBXTRQ
Posted by Jon Downes at 12:56 PM No comments:

Two new Neanderthal-themed postings fresh this morning at the blogs.

First another account of another American Neanderthal (Teeth found in Virginia)
http://frontiers-of-anthropology.blogspot.com/2012/02/another-american-neanderthal.html

And then a longer piece on Surviving Neanderethals including a contribution from Boris Porshnev and the curious circumstance of a Neanderthal Warrior buried in chainmail from midieval Poland:
http://frontiersofzoology.blogspot.com/2012/02/neanderthal-skeleton-in-chainmail-and.html
Posted by Jon Downes at 12:51 PM No comments:

Posted by Jon Downes at 9:35 AM No comments:

THAT BLOODY MAMMOTH - The Story Continues

The saga of the Siberian "mammoth" video trundles on. Yesterday I wrote that the whole affair was a scam (as was the affair of the Icelandic "river monster") but today the dudes behind the scam have been revealed. However, what has NOT been revealed is HOW they did it. I for one am more interested in finding out whether the original elephantine images were:

1. CGI
2. A bear eating a salmon
3. An elephant doing something elephanty
4. A mammoth

So watch this space...
Posted by Jon Downes at 9:03 AM No comments: