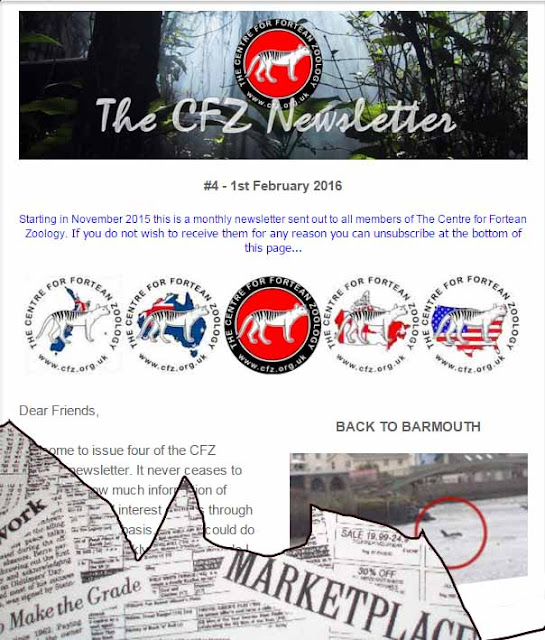 For those of you not in the know, at the beginning of each month we send out a newsletter to all members of the CFZ. The most recent included articles on Welsh sea monsters, giant spiders and golden frogs.

Posted by Jon Downes at 6:44 PM No comments:

Posted by Andrew May at 4:03 PM No comments:

ECBRO Finds Strange Hairs on Fence
Bigfoot Research News
The East Coast Bigfoot Research Organization (E.C.B.R.O.) is a research group that is based in Virginia. Daniel Benoit heads the operation and ...

Posted by Jon Downes at 1:24 PM No comments:

ON THIS DAY IN 1969 - The Boeing 747 flew its inaugural flight.
And now some more recent news from the CFZ Newsdesk