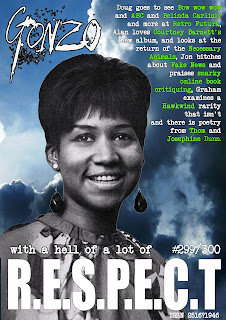 
SPECIAL NOTICE: If you, too, want to unleash the power of your inner rock journalist, and want to join a rapidly growing band of likewise minded weirdos please email me at jon@eclipse.co.uk The more the merrier really.
Posted by Jon Downes at 7:50 PM No comments:

Here we have the thirteenth episode of the relaunched webTV show by the Centre for Fortean Zoology, written and presented by Jon Downes and Charlotte Phillipson, their families and other animals.

You can support us, and help us make this show ever more bigger and better at our Patreon page:

ON THIS DAY IN -   1934 - Adolf Hitler was approved for sole executive power in Germany as Fuehrer.
And now some more recent news from the CFZ Newsdesk