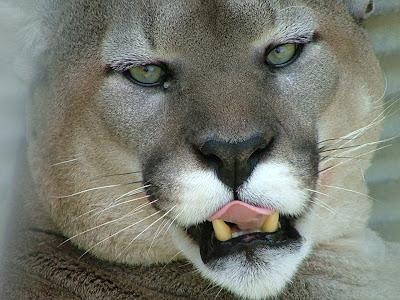 More than 200 sightings of big cats made over the last decade have been reported to Devon and Cornwall Police, which has opened its own “beast” files for the first time.

The force has logged 205 sightings from all over the two counties since 2000, although numbers have tailed off significantly in recent years.

The story goes on to mention us! Thanks to Penny in Laqunceston for pointing out this story to me
Posted by Jon Downes at 12:06 PM 1 comment:

You will not be surprised to know that, being the person who invented the wheel, the umbrella and the anemometer, I was pleased to find in the depths of my ever expanding cuttings collection, the following long lost item relating to China`s early submarine:

“The people of Yuen-ku arrived in China after making the voyage in the lo-chau [lit., “ spiral-shell boat”], which was shaped like a spiral shell, and capable of being conducted near the bottom of the deep without incurring the intrusion of any water. Its other name was lun-po-chau [lit ., “ under-wave boat”]. The men of that country had the stature of ten feet, and clad themselves with the knitted hairs of birds and beasts. Questioned by the emperor as to the beginnings of the heavens and earth, they answered as if they had ocularly witnessed it.

Obviously, this idea of the spiral shell boat was the outcome of the observation of the submarine movement of such a shellfish as the nautilus or Argonaut. KUMAGUSU MINAKATA (1)

WE DON'T USUALLY ADVERTISE PIZZA HERE ON THE CFZ BLOGGO NETWORK (but my eldest stepdaughter, knowing my fixation for poultry, sent this along 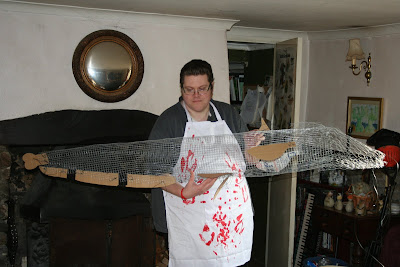 Today is the end of an era. Oll Lewis leaves us to go and live with his girlfriend in Plymouth. Good luck Oliver...
Posted by Jon Downes at 11:43 AM 3 comments:

HAUNTED SKIES: Haunted Skies, and a UFO over Dorset

http://hauntedskies.blogspot.com/2011/10/haunted-skies-under-const.html
Posted by Jon Downes at 11:42 AM No comments:

On this day in 1989 a UFO was reported to have landed in Vornezh in South Western Russia.
And now the news:

Talking about UFOs, aliens and such-like here's some hazy cosmic jazz:
http://www.youtube.com/watch?v=muMcWMKPEWQ
Posted by Jon Downes at 11:42 AM No comments: 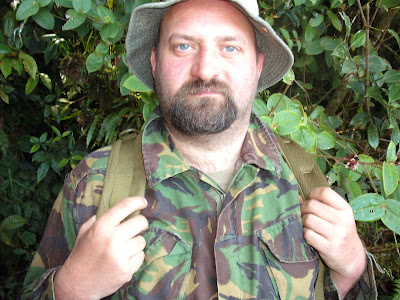 http://www.guardian.co.uk/science/2011/oct/07/evidence-elusive-orang-pendek
Posted by Jon Downes at 11:36 AM 3 comments:

Max wrote to say that he is very glad that he caught Pentangle live last summer. I met Bert once twenty years ago at a gig in Totnes, he was an incomparable guitarist...
Posted by Jon Downes at 11:31 AM No comments:

I heard of a lynx sighting around the 26th September 2011 in Finedon, Northamptonshire UK and a couple of other times over past years. This latest was a very close encounter as in meter`s. Hope this helps. Also a badger with half its face missing same area and time span. maybe this could help chart movement.. :-)

If there is anyone reading this in or near Finedon, who can help us with any further details please get in touch by emailing jon@eclipse.co.uk
Posted by Jon Downes at 11:22 AM No comments: