I am actually surprised that only 58% of respondees believe in the cats! I would have expected the figure to be considerably higher.

For the third day running I went to Northam Burrows this afternoon, in an attempt to film the herd of curlews that we saw the other day. (Yes, the collective noun for a group of curlews is a 'herd'. Thank you for that, Corinna).

Nope, there was nothing there.

The only thing that we did see was a huge flock of some birds or other (possibly starlings) in the middle distance. Graham hiked off to get close enough to photograph them, but a dog being walked by a young bloke in garish sportwear ran up to them and the flock flew off.

The moral of the story here is, not only CHECK YOUR BATTERIES BEFORE YOU LEAVE THE HOUSE which is not only common sense but pretty much self evident, but also a more philosophical one. 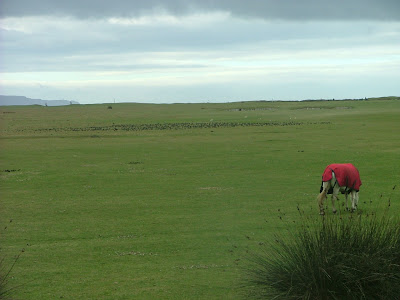 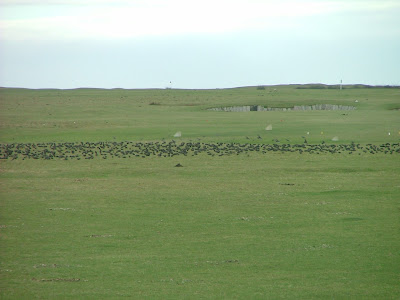 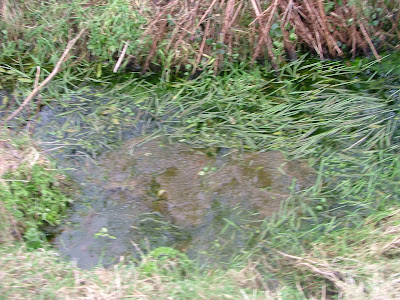 Posted by Jon Downes at 8:25 PM No comments:

HELEN TAYLOR SENT ME THIS (bless her little cotton socks) 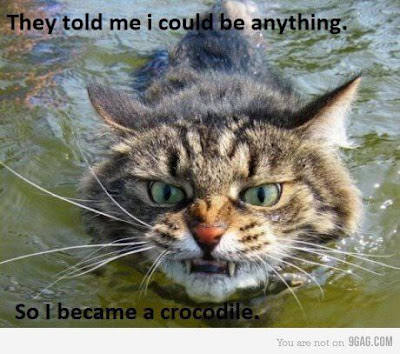 Posted by Jon Downes at 6:22 PM No comments:

Scientific American (blog)
By Darren Naish February 13, 2012 Virtually all people interested in animals are aware of the so-called 'mystery big cat' phenomenon. Large, often black, cats are reported with apparent frequency from the eastern USA and the UK.
Posted by Jon Downes at 5:16 PM No comments:

HAVE YOU EVER WONDERED HOW NICK REDFERN GOT INVOLVED IN THE FORTEAN WORLD? 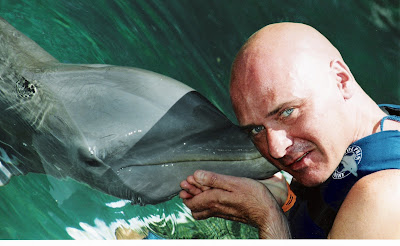 On far more than a few occasions, people have asked me what it was that prompted me to immerse myself deeply in the worlds of flying saucers, Bigfoot, the Loch Ness Monster, Roswell, Area 51, Mothman, the Men in Black and…well, you get the picture, right? Actually, there was not one reason, but several. All of them were linked to matters of a definitive supernatural, conspiratorial, or just plain weird nature, but in very different ways. And here they are…

http://cryptozoologynews.blogspot.com/
On this day in 1946 Ian Lavender was born. Lavender is best known for his role as Pike in Dad’s Army but also played a memorable role in time slip comedy Goodnight Sweetheart as the grown up son of Garry Sparrow, the series’ main character who took advantage of a time portal to commit bigamy in war time and early 21st century Britain.

“Don’t tell him Pike!”
http://www.youtube.com/watch?v=0V3SqxUomwk
Posted by Jon Downes at 12:43 PM No comments:

CRYPTOZOOLOGY NEWS: The Iceland serpent, and the Siberian mammoth explained

So the two great cryptzoological stories of the last week or so have been solved - apparently. First up is that bloody mammoth which was actually the better executed of the two media sensations.

The general opinion within the cryptozoological community both on this blog and elsewhere was that it showed a bear with a large salmon in its mouth. Now, it is claimed that the person who shot the original footage has come forward and denounced it as a fake.

Ludovic Petho came forward to say he shot the video that made headlines during a 10-day hike in Siberia's Sayan Mountains in 2011. He recognizes the footage as his own except for one thing: his original video never showed a mammoth.

"I don't recall seeing a mammoth; there were bears, deer, and sable, but no woolly mammoths. I had no idea my footage was used to make this fake sighting."

And the Icelandic river monster?

Finland's Miisa McKeown has analyzed the video, matching up the position of the monster's head with relation to static reference points. Her conclusion? The "monster" is actually stuck in one place on the river. The snaky thing looks as if it's swimming upstream because water is streaming past it. It's the moving water that creates the illusion of a swimming snake.

It appears that the monster was nothing more than a piece of fishing net snagged in a river.

The thing that I find particularly interesting is not that both videos were not what they pretended to be. I never thought they were. But that - if these explanations are true - they are completely at variance with what the cryptozoological community (who didn't believe in them either) thought that they were.

I have a sneaking suspicion that both these stories have some life in them yet!
Posted by Jon Downes at 11:49 AM 3 comments:

If there are any regions in North America with prospects (however slim) for concealing living dinosaurs, they must include the humid swamplands of Florida - especially as a creature reputedly akin to such animals has been reported from here on several different occasions.
Read on...

The Cheshire Cat, from Lewis Carroll's classic children's book Alice's Adventures in Wonderland (1865), may well be the literary world's most famous grinning felid - but it isn't the only one...
Read on...
Posted by Jon Downes at 11:41 AM No comments: 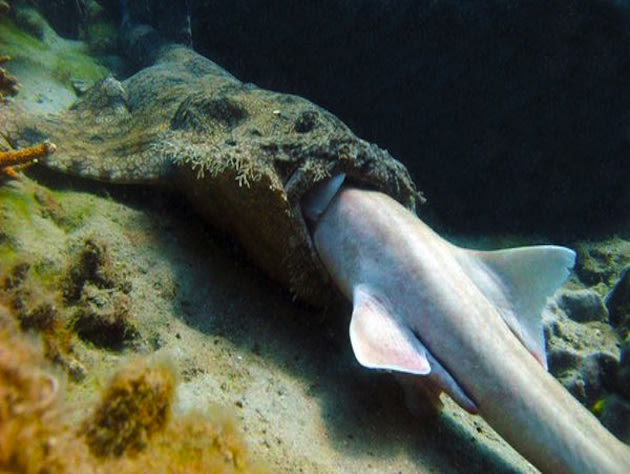 http://news.yahoo.com/blogs/sideshow/shark-snack-photo-shark-eating-another-shark-whole-201036464.html
Posted by Jon Downes at 9:40 AM No comments:

New articles up on the Frontiers of Zoology blog dealing with the connections of early Japan to Sundaland and to Siberia:
http://frontiers-of-anthropology.blogspot.com/2012/02/early-japan-and-sundaland.html

And about the Archaic period in America and why it is like Atlantis:

New on Cedar and Willow:
http://cedar-and-willow.blogspot.com/2012/02/perils-of-little-red-haired-girl.html

Best Wishes, Dale D.
Posted by Jon Downes at 9:21 AM No comments: