"Is this the chupacabra?" asks the person who posted this picture. "I sincerely doubt it", replies Jon Downes who has been in a bad mood all day. What do you think? 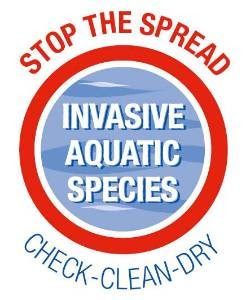 pread of invasive plants and animals in British waters.Invasive non-native species can have a damaging impact on British plants, animals and ecosystems – by spreading disease, competing for habitat and food and direct predation. Read on...
Posted by Jon Downes at 5:32 PM No comments:

WATCHER OF THE SKIES: Woodpeckers, fieldfares, harriers and more

A co-operative battle to save wild birds
An important study is being undertaken by the Game & Wildlife Conservation Trust (GWCT) – the leading research charity - and Co-operative Farms, which is part of The Co-operative Group and is Britain’s largest farmer. The results of this study could mean that farmers will be paid to feed their starving farmland birds in the future with supplementary feeding during the winter lean months.
Peter Thompson, Farmland Biodiversity Advisor with the GWCT said, “We believe that it is vital for the recovery of farmland birds that supplementary feeding either through pheasant hoppers or spreading grain on the ground is included as an option under Stewardship schemes and Government is largely in agreement. However, before this happens they want us to clarify a number of points in order to maximise the success of this option.”

The two organisations have designed a range of feeding trials involving three Co-operative farms, plus some other farms across the country including the GWCT’s Allerton Project research farm in Leicestershire at Loddington. It was there that it was shown that farmland bird numbers were two and a half times higher when additional grain was provided through pheasant feed hoppers that when none was supplied.

Illegal trade of endangered wildlife – man is jailed
Greg Turner, 32, of Astwood Close, Potton, in Bedfordshire has been jailed for eight months after pleading guilty to 13 offences involving stuffed birds of prey found at his home. The collection included a red kite, marsh harrier and peregrine falcon. He also admitted to selling a goshawk, a kestrel, five barn owls, three tawny owls, a little owl and a hawk owl.

One of the offences concerned items in his possession for use associated with fraud – he was copying official documents and had used these forgeries to sell well over 100 specimens to buyers as far as the USA and Canada, as well as in the UK and Europe.

Alan Roberts of the NWCU said: "This conviction reflects Turner's blatant flouting of regulations set in place to protect some of our most vulnerable birds for his own gain.

"Bird of prey persecution is one of the UK wildlife crime priorities and this will send the message that such behaviour will be taken seriously and dealt with accordingly."
Read more: http://www.bbc.co.uk/news/uk-england-beds-bucks-herts-16988741

Wind farms in path of rare harriers
Published on Sunday 12 February 2012 17:02
Plans to construct two wind farms in Stanhoe and Syderstone, Norfolk have come under attack after it has been discovered that rare species of birds have been found close to the sites. Stone curlews, Montagu harriers and marsh harriers are three that have been named, as well as flocks of pink-footed geese that are attracted to the area.

The stone curlew has just 347 breeding pairs in the UK and the area in question has somewhere between 11 to 14 pairs. Great Britain has a breeding population of 15 pairs of Montagu harriers, with 3 to 6 females recorded in the north Norfolk over a period of 5 years, and there are around 85 marsh harriers in Norfolk, with 404 breeding pairs in the UK.

The inquiry will resume on Monday and is expected to last until Wednesday, February 22.
http://www.lynnnews.co.uk/news/environment/wind_farms_in_path_of_rare_harriers_1_3511327

Sussex visitor
Thursday, February 16, 2012
It was reported that a couple in Three Bridges, Sussex have spotted fieldfares in their garden. This bird is native to Scandinavia and is a member of the thrush family, and is also a rare visitor to our shores.

Mr Tombs said: "It is a rare visitor as it lives in northern Europe.

"They only come here at this time of year. We've got these lovely red berries at our house and they come here to eat them. We've seen them come in threes and fours and have a feast."
http://www.thisissussex.co.uk/Rare-bird-spotted/story-15243023-detail/story.html

North Lincolnshire plays host to Dendrocopos minor
Read the following blog and see amazing pictures of this rare visitor to north Lincolnshire, the lesser spotted woodpecker. This bird is the smallest and least common of the three woodpeckers resident in Britain. It is mainly limited to the south, the highest density being in south-east England. They do not breed in Scotland or on islands such as the Isle of Wight, but are found in the Channel Islands. They are absent from Ireland. They live off insects and can be found in open woods, copses, parkland, gardens and orchards, although it does tend to frequent the tops of trees looking for larvae, spiders and wood-boring insects.

BIG CAT NEWS: "The good news you can not refuse, the bad news is there is no news"

Big cat claims in area
Derbyshire Times
MAJESTIC panthers and cougars could be roaming our county, which has been described as a “big-cat hotspot” by members of the British Big Cat Society. The predators have been spotted throughout Derbyshire in recent years, with 17 sightings reported to ...

This is another round up of news featuring an interview with Danny Bamping, whom I have heard very little from in the last few years. I am actually not sure where the picture that accompanies the article came from. Meanwhile, This is Somerset reprise the story of the pawprint photographed by the Bristol Barber. We covered this a week or so ago, and Richard Freeman is adamant that the print was made by a dog.

Was this footprint made by a big cat?
This is Somerset
A barber believes he may have captured the paw print of a big cat stalking in the Binegar area. Luigi Armato, 32, snapped the print on his phone near the village while out on a shooting trip with his father and brother. Mr Armato, of Muller Road in ...

On this day in 1859 the defence of “temporary insanity” was successfully used for the first time in a murder trial by New York congressman Daniel Sickles.

Here is a special treat for all the ladies out there (I am told you find this incredibly alluring):
http://www.youtube.com/watch?v=Z9IYILdjQjk
Posted by Jon Downes at 12:43 PM No comments:

New stories posted on the blogs include a notice concerning the Erickson Project's "Sleeping Bigfoot" photos drawing the obvious conclusion as to the creature's classification (if it is real):
http://frontiersofzoology.blogspot.com/2012/02/sleeping-bigfoot-another-american-almas.html

And some notes on the British Causewayed Enclosures (Which used to be called Causewayed Camps):
http://frontiers-of-anthropology.blogspot.com/2012/02/british-causewayed-enclosures.html


Birthday notices for some special ladies on Cedar and Willow:
http://cedar-and-willow.blogspot.com/2012/02/happy-birthday.html
Posted by Jon Downes at 11:56 AM No comments: