THE GONZO BLOG DOO-DAH MAN IN THE NEWS


* Jon Downes, the Editor of all these ventures (and several others) is an old hippy of 57 who - together with an infantile orange cat named after a song by Frank Zappa, and two small kittens, one totally coincidentally named after one of the Manson Family, purely because she squeaks, puts it all together from a converted potato shed in a tumbledown cottage deep in rural Devon which he shares with various fish. He is ably assisted by his lovely wife Corinna, his bulldog/boxer Prudence, his elderly mother-in-law, and a motley collection of social malcontents. Plus.. did we mention the infantile orange cat, and the adventurous kittens?
Posted by Jon Downes at 8:43 PM No comments: 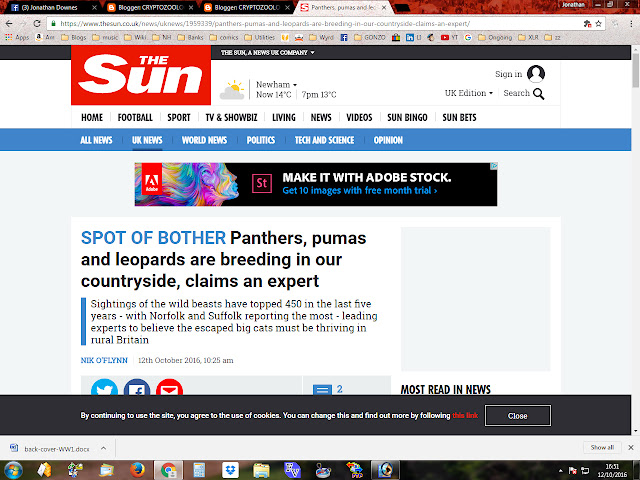 Posted by Jon Downes at 4:54 PM No comments: 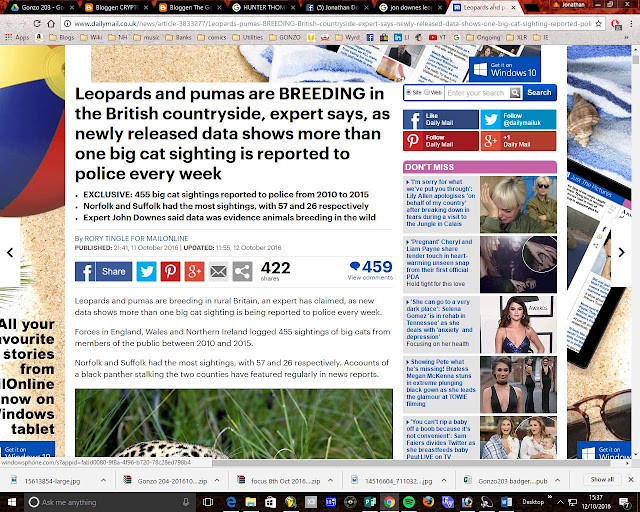 Gamecam Footage From Bigfoot Hot Spot Released (Video)
Before It's News
The Rocky Mountain Sasquatch Organization released this video showing photos and video captured from their trailcams in the Monte Cristo hotbed ...

The Search Of Bigfoot Cove
Bigfoot Evidence
Ohio Bigfoot Hunter Tim Stover continues his quest into the secluded coves looking for bigfoot. Check out what he finds in his latest search via ...

Strange Tracks Found During Bigfoot Expedition
Bigfoot Evidence
A bigfoot expedition in SE Oklahoma results in the finding of some unusual track impressions with clearly visible toes imprints. Check it out: ...

Bigfoot Tracking With Bob Gimlin
Bigfoot Evidence
Hello everybody! In part 3, Bob Gimlin joins us as our special guest and Bigfoot tracker. Pull a chair up to the fire and listen in as he tells us about a ...

Posted by Jon Downes at 3:48 PM No comments: 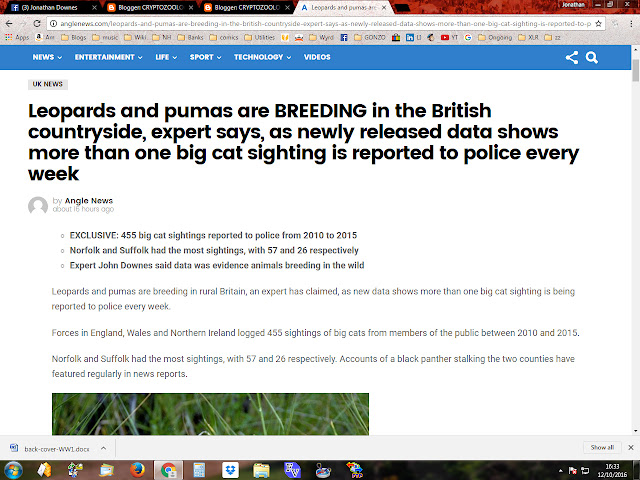 http://anglenews.com/leopards-and-pumas-are-breeding-in-the-british-countryside-expert-says-as-newly-released-data-shows-more-than-one-big-cat-sighting-is-reported-to-police-every-week/
Posted by Jon Downes at 3:36 PM No comments: 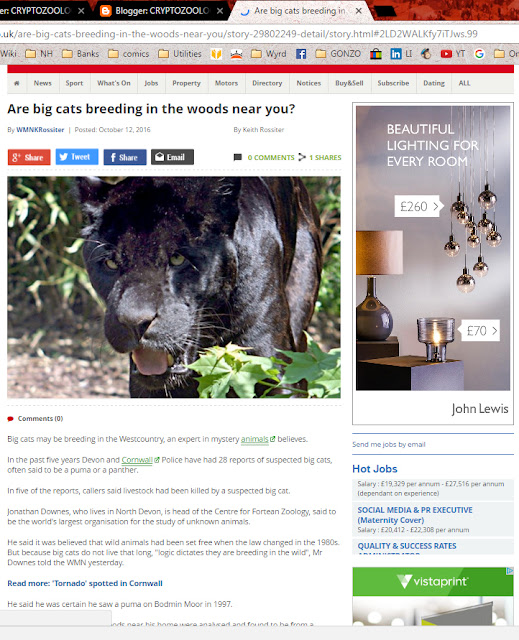 http://www.plymouthherald.co.uk/are-big-cats-breeding-in-the-woods-near-you/story-29802249-detail/story.html#2LD2WALKfy7iTJws.99
Posted by Jon Downes at 3:32 PM No comments:

ON THIS DAY IN - 1810 - Bavarian Crown Prince Ludwig married Princess Therese of Saxony-Hildburghausen. The royalty invited the public to attend the event which became an annual celebration that later became known as Oktoberfest.
And now some more recent news from the CFZ Newsdesk