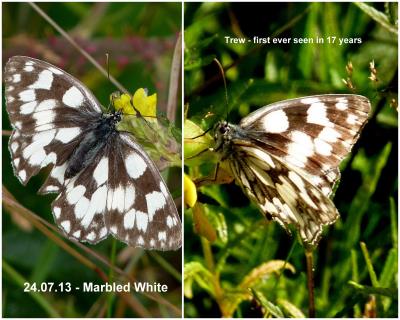 Today is already shaping up to be a fun-filled and confusing one. All sorts of stuff is happening. The Weird Weekend is looming down upon us. If you want to buy a ticket you should probably do it now. If you are one of my old friends who thinks that you probably have a chance to blag one off me successfully, again do it before it gets too late.

*  Jon Downes, the Editor of all these ventures (and several others) is an old hippy of 53 who - together with his orange cat (who is currently on sick leave in Staffordshire) and two very small kittens (one of whom is also orange) puts it all together from a converted potato shed in a tumbledown cottage deep in rural Devon which he shares with various fish, and sometimes a small Indian frog. He is ably assisted by his lovely wife Corinna, his bulldog/boxer Prudence, his elderly mother-in-law, and a motley collection of social malcontents. Plus.. did we mention the orange cat?
Posted by Jon Downes at 3:14 PM No comments:

IT HAS been the stuff of legends for as long as hikers have been traipsing through the wilderness.
But whether you believe this figure caught on camera by hikers in the Canadian wilderness is actually the legendary Bigfoot, or just a man in an ape suit, is all a matter of opinion.

Either way the sighting of the figure, which appears covered in thick black hair and is seen lumbering across the mountain top, has sparked plenty of excitement among Bigfoot fans. In the footage the figure walks from the trees into the open, pausing briefly before disappearing back into the trees.

It remains unclear exactly where the video was shot but it is believed to have been filmed on a trail near Mission, in British Columbia.

SCOTLAND’S most renowned mythical creature has been axed by religious educators.
• Creationist textbook culls Loch Ness Monster from lessons
• Mythical monster was cited to disprove theory of evolution
New editions of a Christian biology textbook will no longer contain the contentious idea that the beast may have been a real living creature. Writers of the Accelerated Christian Education (ACE) biology textbooks had once taught that the existence of the Loch Ness monster disproved Darwin’s theory of evolution.
But the educators have now dropped the creature from their teachings.
Creationism is a religious position that largely believes the universe was created by a supernatural being. It focuses heavily on evolution and many of its followers reject the notion of a scientific explanation to the creation of life. It is estimated that around 2,000 students in the UK are taught creationism in private schools or through home schooling.
The previous edition of the schoolbook said: “Are dinosaurs alive today? Scientists are becoming more convinced of their existence. Have you heard of the ‘Loch Ness Monster’ in Scotland?” It continued: “‘Nessie’ for short has been recorded on sonar from a small submarine, described by eyewitnesses, and photographed by others. Nessie appears to be a plesiosaur.”
It was also claimed that a Japanese whaling boat once caught a dinosaur. In the latest edition, both of these claims have been removed.
Read on...
Posted by Jon Downes at 1:42 PM No comments:

RSPB: Discover the night-time nature near you

KARL SHUKER: A HITHERTO-UNDOCUMENTED(?) SIGHTING OF THE LOCH NESS MONSTER GIVEN TO ME BY TIM DINSDALE ON 25 JULY 1987


Karl Shuker reveals what may be a previously-undocumented Nessie sighting, given to him many years ago by Tim Dinsdale.

CORINNA DOWNES: Journey to the Centre of the Garden of England (and the Sussexes)

So, with our Gonzo Multimedia hats on, we (Jon, young Jessica and I) were off to  to film Judy Dyble and others at the SOL festival, visit CJ Stone in Whitstable and then visit Mick Farren of The Deviants in  on our way home.  What started out as an adventure turned into a freaky episode of peculiarities, culminating in a very sad return journey.

There were so many odd occurrences that they cannot go by without a mention. Jess certainly had a baptism of oddities during this, her first, trip away with 'uncle and aunt'.  She seemed to enjoy herself and we hope that any future trip she may accompany us on will be a little less full of such strangeness. She is great company, as are all of her family, and we hope she would like come with us again some time.  Thanks Jess, you were a star.

On this day in 1975 in what would become one of the USA's most famous missing persons cases, Jimmy Hoffa disappeared from a restaurant car park in Detroit.
And now the news:


Not exactly Jimmy Hoffa but here's a trailer for a damn good film about missing persons, starring The Dude:
http://www.youtube.com/watch?v=cBg7gjX9xBM
Posted by Jon Downes at 10:10 AM No comments: