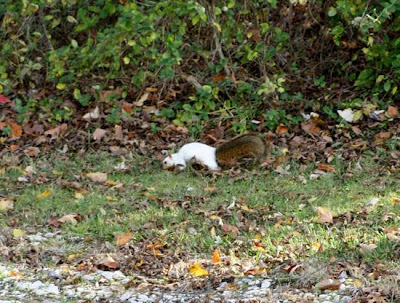 My name is Sarah Spellman and we spoke on Saturday at Uncon about a strange-looking squirrel photographed in Indiana. Here's the link to a picture of the squirrel:

That's the post on my blog, as I don't know how long the original source of the photo (a page on the website of the Greene County Daily World website) will remain available. Here's that original link, though:

I have emailed the Indiana Department of Natural Resources about the little guy, but haven't heard back yet. If you have any thoughts on this, it would be greatly appreciated! I know it's just a squirrel and not a chupacabras or a yeti, but having lived in Indiana much of my life without ever seeing one like this, I'd like to find out whether this colour variation has been documented before.

Thanks for taking the time to look at this,

Cedar and Willow blog; follows on in theme since last time:
http://cedar-and-willow.blogspot.com/2011/11/now-for-luthers-lothars.html
Posted by Jon Downes at 6:12 PM 1 comment:

On a recent trip into the Yasuni (Ecuado 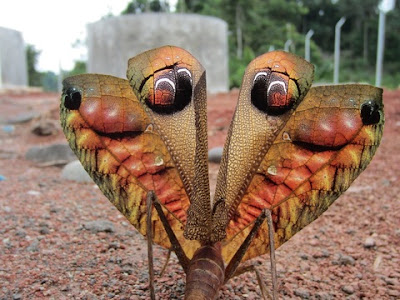 r) I came across this critter. See pics. It appears to be a grasshopper/locust guy exhibiting INCREDIBLE camouflage. When it was disturbed it displayed its under-wings. Also quite interesting.

Any idea on what we are looking at here? 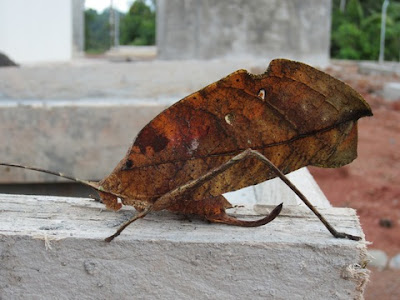 Hello. This is just a quick note to say that Flying Snake 2 is now available via my website http://homepage.ntlworld.com/richmuirhead/cryptozoology where you can pay by Pay Pal for £3 per issue or £9 for three issues. Please email me at the address below if you want to start subscribing from FS 1 or no. 2.

A selection of contents of issue 2 (October 2011) are as follows: Dr Devo`s Diary, A Strange Creature In the Forest of Dean, 1924, Lazarus Syndrome , A People`s Republic of China U.F.O. Magazine (an illustration of its front cover), Flying Snakes Part 2, The Quest for the Red Heifer, A Spotted Otter in Ireland, etc, etc.

I am having trouble sending it out quickly due to terribly high postage costs, especially to places outside the UK so please bear with me. Donations gratefully received!!

Submissions for Flying Snake 4 (no. 3 is already full as far as the content is concerned) due out about Summer 2012 gratefully received from now on but its probably best to run the subject matter past me first at flyingsnakepress@hotmail.co.uk

Goodbye for now and I hope you enjoy it!
Posted by Jon Downes at 1:05 PM No comments: 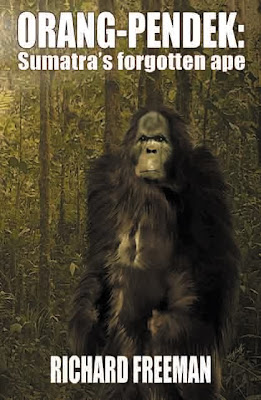 Just published by Britain’s CFZ Press is a brand new book from Richard Freeman, of the Center for Fortean Zoology, one of the very few full time groups in the world dedicated to uncovering the truth behind Bigfoot, the Yeti, sea-serpents, the Chupacabra, and much more of a beastly nature.

Over the course of the last few years, Richard has been on a number of expeditions to the island of Sumatra in search of its very own equivalent of Sasquatch: It has become known as the Orang-Pendek.

From little acorns mighty oaks grow.... This clip from a hot air balloon festival is a thing of wonder:
http://www.youtube.com/watch?v=zyyCcjbrWOM
Posted by Jon Downes at 12:46 PM No comments:

YES, IT'S THAT TIME OF THE YEAR AGAIN...

The next Midland Charity Fish Auction will take place on 4th December 2011 at the Lodge Park Social Club, Wirehill Drive, Redditch, Worcs. This is an auction of rarer fish where we take only 10% as a sales commission. This along with entry (£2 each, children under 16 free, raffle etc is all donated to charity. As usual this will be MacMillans Cancer, Air Ambulance & Help for Heroes. Please see the TA Aquaculture website for a link to the auction page where more information & fish are listed. This gets busy in the week approaching the do.A facebook group also has been set up which is attracting more members - ##

http://www.ta-aquaculture.co.uk
Posted by Jon Downes at 12:34 PM No comments: 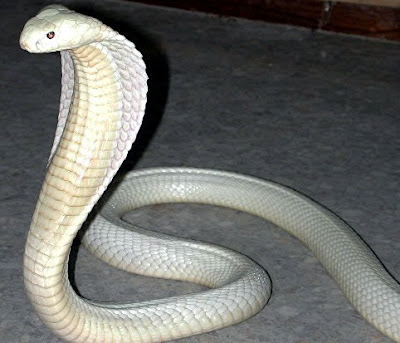 From director Darren Lynn Bousman; the director of Saw II, III and IV; I was expecting his latest film to be on a similar line as his previous films with masses of shock, gore and images of people getting their deserved or undeserved comeuppance in plenitude. It was a welcome surprise to find that was about as far from expectations as possible. Unfortunately, that was where the surprises stopped.

The basic premise of the film is that Joseph Crone (our ‘hero’ Timothy Gibbs) is mourning the death of his wife and child when he starts to discover that ‘strange’ things are happening to him in conjuncture with the numbers 11-11. At the same time as discovering this he is called back to Barcelona from America to be with his dying and estranged father and religious brother. As you would expect, these ‘strange’ occurrences continue to plague him as the date 11-11-(20)11 gets closer.

At the start you do wonder what the title has to do with the film and as it progresses, there is a tiny bit of interest to find out exactly what happens. While watching the film you cannot but help see that this is a lacklustre effort that looks to be cobbled together quickly. Although the original story is intriguing, it is let down by poor acting, basic special effects, predictable and droning dialogue and some suspect editing (continuity does not appear to be important in some scenes).
While trying to keep within the horror genre, the film tries to keep you on the back foot by only knowing what the main character knows (which is not much to be fair) and there are plenty of night scenes with shadowy figures and some attempts to make you jump but all fail to hit their intended marks. As the story progresses, you immediately know that there is going to be a surprise twist ending but this becomes evident halfway through and you just end up waiting to see how right you were.

It is a shame as the film has an interesting and somewhat original plot at its centre; it just struggles to come through. Apart from noticing the glaringly obvious continuity errors, 11-11-11 plods on and you start losing interest in what could’ve been a different and enjoyable film.

I'm crossing a line and taking a stance on a controversial matter and I am doing so because I think it is something that has gone incompleted and unattended for too long until now.
http://cedar-and-willow.blogspot.com/2011/11/colts-continued.html
Posted by Jon Downes at 10:51 AM No comments: 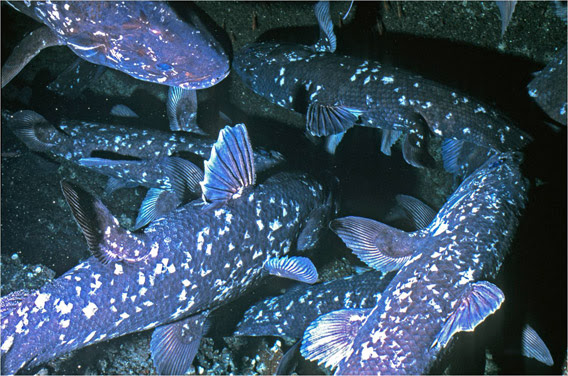