Older, greyer, a bit more battered, but we are still going strong
Thank you for marrying me my dear 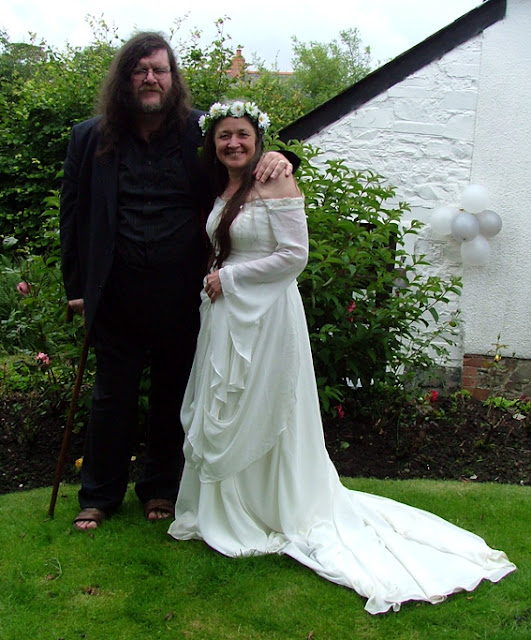 Posted by Jon Downes at 8:47 PM No comments:

Uncovering What Big Foot's Diet Would Look Like
FOODBEAST
Assumedly, BigFoot's dietary choices mostly depend on where he likes to hang out and what's convenient. While cryptozoologists
Posted by Jon Downes at 3:38 PM No comments:

CFZ PUBLISHING: Tales of the Damned: An Anthology of Fortean Horror


Tales of the Damned is a brand new anthology of Fortean-themed horror fiction, edited by the CFZ’s zoological director, Richard Freeman. At 354 pages it contains 25 stories by 21 different authors including such well-known Fortean names as Neil Arnold, Andy Roberts, Lars Thomas and Dr Karl Shuker...

ON THIS DAY IN - 1831 - Belgium became independent as Leopold I was proclaimed King of the Belgians.
And now some more recent news from the CFZ Newsdesk