www.gonzomultimedia.co.uk/about.html
When you are awakened just after 8:00am by an exceedingly affectionate little Jack Russell terrier who seems intent on shoving his rectum into your right eye socket, then you realise it is time to get up. So I am up bright and early and full of the joys of spring - except that it is autumn. Last night I sat down with Captain Frunobulax and read the copy of Principia Discordia that arrived in the post yesterday. I cannot make up my mind whether this the most significant cultural insight I have ever read, complete (and slightly annoying) nonsense or both. Possibly neither.

*  Jon Downes, the editor of all these ventures (and several others), is an old hippy of 54 who, together with his orange cat (who is currently on sick leave in Staffordshire) and two very small kittens (one of whom is also orange), puts it all together from a converted potato shed in a tumbledown cottage deep in rural Devon, which he shares with various fish and sometimes a small Indian frog. He is ably assisted by his lovely wife Corinna, his bulldog/boxer Prudence, his elderly mother-in-law, and a motley collection of social malcontents. Plus... did we mention the orange cat?
Posted by Jon Downes at 10:32 AM No comments: 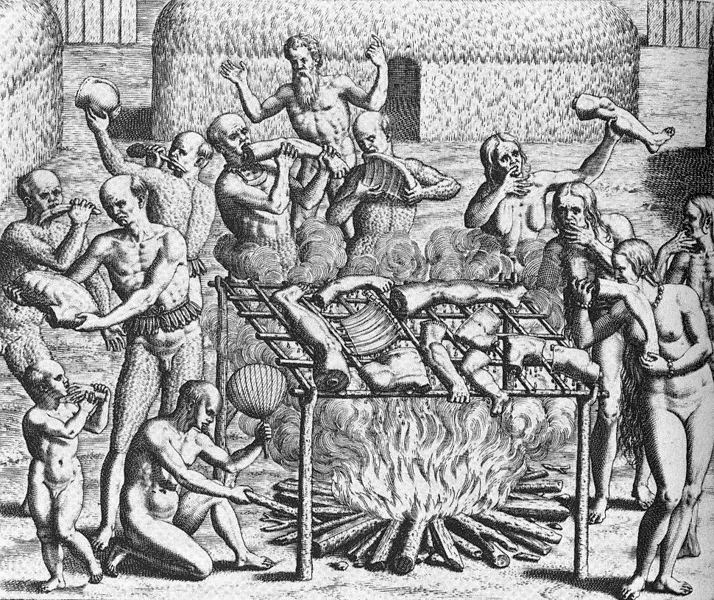 Posted by Jon Downes at 9:54 AM No comments: 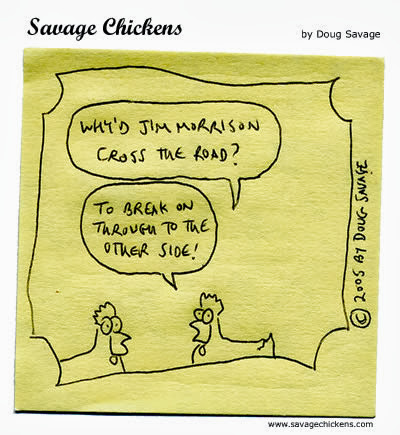 Posted by Jon Downes at 1:30 AM No comments:

You wait years for a decent sighting of the legendary ape-like creature known as Bigfoot, and then two come along at once.
The fascinating photographs, taken just two weeks ago near Bradford, Pennsylvania, appear to show a pair of Bigfoots, or perhaps that should be Bigfeet, wandering through the trees.
Keen hiker John Stoneman claims he spotted the seven-foot-tall beasts just yards from a main road through trees in Kinzua State Park.

Bigfeet? This image, taken just two weeks ago near Bradford, Pennsylvania, is believed to show two of the mysterious creatures known as Bigfoot wandering through the woods

Apeman: A close up shows one of the 'beasts' spotted just yards from a main road through trees in Kinzua State Park

Mr Stoneman, 57, had been returning from the Kinzua Bridge Fall Festival with his girlfriend when the pair saw the mysterious shape moving in the forest. He quickly grabbed his camera and fired off these shots as they slowed the car down and edged along the road.

Bart Nunnelly is convinced that Bigfoot exists, and may even be thriving in the many remote wilderness areas of North America. He has good reason to think so. As co-owner and co-creator of Kentucky Bigfoot (with fellow Bigfoot researcher Charlie Raymond), Bart devotes a great deal of his time researching sightings and examining evidence of these remarkable forest giants in the Bluegrass State. And the evidence he’s gathered is both fascinating and compelling. Bart recently met with an eyewitness to these creatures, a Cherokee elder who took Bart on a journey into the heart of Bigfoot territory and provided detailed information about the giant from his own experiences as well as the age-old traditions of the Cherokee people, who know these creatures well. This is Bart’s story….
(Note: The names of the locations in this report have been intentionally altered for the privacy of those involved.)

After learning from a local paranormal investigator friend of mine about an old Cherokee fellow who also claimed to be a Hebbardsville, Kentucky Bigfoot witness, a phone interview was arranged and conducted in November, 2006. The information proved correct. Not only did the witness describe repeated (often at will) sightings of groups of these hairy creatures since his childhood, he also claimed to be in possession of what he was convinced was an actual tooth, which he described as a canine, from one of these creatures. Moreover, he could describe, in great detail, the physiological features, general attitudes and predictable behavior of these mysterious “hillbillies” known to the rest of the world as Bigfoot.

After several more phone interviews a meeting was arranged and, under the promise of strict anonymity, M.F. (not his real initials) agreed to allow me to eventually photograph the alleged Bigfoot canine for possible identification.

You might not know this, but scientists and boffins have actually determined that today, October 5th , is in fact the most Britishy day of the year. You want evidence? Well consider this: on this day both Billy Connelly and Brian Conley were born, Monty Python's Flying Circus was first shown on TV, the first James Bond film (Dr No) premiered and the Beatles released their first single. You can't get much more British than that without the Queen showing up and drinking a cup of tea while looking grumpy.

Speaking of James Bond and grumpy Queens:
http://www.youtube.com/watch?v=1AS-dCdYZbo
Posted by Jon Downes at 1:02 AM No comments: