The other day Lars Thomas posted his findings regarding the morphological and DNA analysis of the hair sample brought back from Sumatra by the 2009 CFZ expedition. This attracted several negative comments, and as I believe that this is a matter of some importance, rather than having Richard Freeman post his reply in the original thread, we have asked him to post his answer on the main bloggo:

Andrew Sweeney, your comments are utterly absurd. Have you even bothered to read Lars’s account? He is a professional scientist who says that he is forced to conclude from our data that a new species of large primate exists in Sumatra; something you seem to have conveniently ignored. I call that a result.

To say that the expedition added nothing to our knowledge is just completely wrong. We saw tracks and learnt of foot structure. Dave Archer actually saw the creature and even managed to get a look at its face. His description gives us anatomical clues to the animal’s nature. Any eyewitness account is valuable in the sum of our knowledge.

Dan and Jum, the orang-utan has been extinct in west Sumatra since the 1880s. Dave Archer is adamant the animal he saw was not one of these. It was the guides who collected the hair samples from a tree stump using tweezers. They were next to some very clear tracks that showed a long, human-like heel and an ape-like forefoot with a well separated big toe. They were not orang-utan or gibbon prints, both of these are animals with which I am very familiar.

What Karl Shuker has to say
What CFZ Australia have to say
Posted by Jon Downes at 6:16 PM 2 comments: 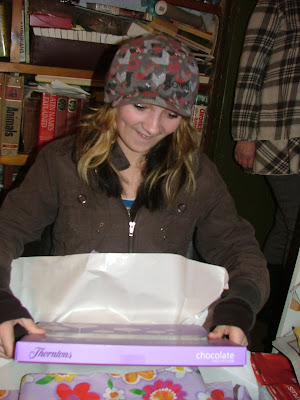 As regular bloggo readers will know, young Jessica Taylor turned thirteen yesterday, and henceforth is a young lady rather than a child. We marked the fact on the blog yesterday, and Jess was very pleased with us having done so until she noticed the picture. "But I was only eleven in that picture" she wailed. You must have a picture of me as a teenager." So herewith, we present Jess unwrapping a box of chocolates yesterday evening.

http://karlshuker.blogspot.com/2010/11/orang-pendek-ape-haired-hominid.html
Posted by Jon Downes at 11:38 AM No comments:

A HAPPY THANKSGIVING TO OUR AMERICAN READERS 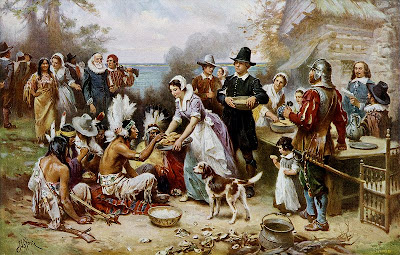 Unlike most of my countrymen, I always remember Thanksgiving, partly because when I was a young boy, my grandmother took me to Plymouth (which is only forty miles down the road) and told me the story of The Mayflower...
Posted by Jon Downes at 11:36 AM No comments:

Email ThisBlogThis!Share to TwitterShare to FacebookShare to Pinterest
Labels: Thanksgiving 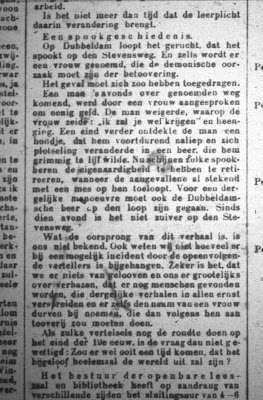 On July 17th 1899 the Dordrechtsch Nieuwsblad newspaper featured a bizarre story (Dordrecht is a city in the Dutch province ‘Zuid Holland’ – South Holland’) concerning a monster.

Mathijs translates the article as follows:

In a village called Dubbeldam there were rumours that a street (or way) called the Stevensweg was supposed to be haunted. One evening a man was walking in the area when suddenly a woman appeared and asked him for money. When the man refused, the woman shouted, “I will get you for this!” and disappeared.

The man continued on his journey but soon a small dog appeared and began to follow the him. Suddenly the dog transformed into a huge bear which started to attack the poor man.
There’s an old belief that ghost bears are frightened of iron knives and the man was armed with such a weapon. He grabbed his knife and stabbed at the bear. It disappeared and the man was alone in the darkness again. Since then the Stevensweg was feared at night by many.
Posted by Jon Downes at 11:29 AM 1 comment:

ANOTHER STONKER FROM BEACHCOMBER: The Napalm Snake Mystery

In ancient and medieval and, indeed, modern times geographers frequently got things embarrassingly wrong for those there-be-dragons areas outside the circuit of their little worlds. So the early Greeks believed that the Gobi desert was full of flightless griffins. The Byzantines were convinced that the air in Scotland was poisonous. And the British in the sixteenth through nineteenth century were prepared to fund missions into the American interior to look for Welsh-speaking Indian tribes…

Many of these misunderstandings can be traced back to a failure of communication – certainly the three above are explicable in terms of present knowledge. But every so often a report comes to us from a geographer of the past that defies all rational explanation. Take Ctesias of Cnidus’s ravings about the Napalm Snake of India.

Email ThisBlogThis!Share to TwitterShare to FacebookShare to Pinterest
Labels: snakes

On the day in 1922 Howard Carter and Lord Carnarvon entered the tomb of Tutankhamun for the first time.
And now, the news:

Study sees polar bears losing out to grizzlies
Putin may be the tiger's champion, but China will ...
Pterosaurs' wings 'key to their size' (via Dawn Ho...
Dogs are 'smarter than cats'
Snowmass tally: 10 mastodons, 4 mammoths, one "onc...
Mysterious horse deaths have family seeking answer...
Koalas as picky leaf-eaters

Steve Irwin meets a koala joey:
http://animal.discovery.com/videos/the-crocodile-hunter-diaries-koalas.html
Posted by Jon Downes at 11:14 AM No comments: