CFZ CANADA:Sasquatch from the Bottom Up part 3: A Sexy Beast

Little is known of the how the bigfoot begets. Some witnesses claim they have firsthandknowledge of his technique, but nothing has come to light that is reliableevidence. What is indisputable, however, is that there can’t be just one. Read on...
Posted by Jon Downes at 11:49 PM No comments:

JAN EDWARDS SENT THIS (As she points out, they are jackdaws not ravens)

LINDSAY SELBY: Who are the monsters?

Cryptids are often referred to as monsters, as in The Loch Ness Monster, The Fouke Monster and so on. I for one would love to see that Nessie has been found. But then, would I? What would happen if Nessie or any other creature were found?

Well, it could be kept secret I suppose (conspiracy theorists in the past have claimed that governments know the creatures exist but it has been covered up. More likely, though, a media circus would ensue. The poor creature would be placed on display in some special zoo or facility. Any of its fellows would no doubt similarly be hunted, captured and displayed. It would make a great deal of money for the owner of the facility.

(My first thought would be 'Has no one seen King Kong?' Large creatures are notoriously difficult to keep contained.) This to me would make us the monsters. To degrade a creature in this manner; make it a show or a display; takes away its freedom and its rights. The answer would be to see it is protected by law and its habitat is kept from development. A camera feed could be set up so people could catch glimpses of it as it went about its daily life but visitors would be banned.

A cryptid is a wonder, not a monster, and it deserves to be treated with respect. Should any be found I hope it is remembered that it is a living thing not an exhibit.

If someone does manage to clone a mammoth or any other extinct species, it should also be entitled to the same. A woolly mammoth does not belong in this era of time and should be placed in a habitat as near to its original as possible and allowed to live out its allotted span in peace.

The so-called monsters created by scientists recently such as goats crossed with spider DNA and huge ants, are not monsters either. The monsters are those that made them. They did not ask to be made freaks of nature but no one treated them with the respect they deserved, and said do not to tamper with them.

I truly hope that if such irrefutable evidence be found of a cryptid, that we have the sense to leave it alone and maybe just set up cameras for those who insist on seeing for themselves. Humans will always be the monsters until they treat creatures with respect.
Posted by Jon Downes at 10:56 PM No comments:

We have some jolly nice surprises for you all on today's Gonzo blog. First up is Michael Des Barre, and we are still exploring the groovy rock'n'soul hybrids of the mid-1960s:http://gonzo-multimedia.blogspot.com/2012/04/michael-des-barres-and-beat-goes-on.html

We have a sneak preview of Mimi Page's new release with Bassnectar: http://gonzo-multimedia.blogspot.com/2012/04/mimi-on-bassnectar.html (BTW we shall be talking to Mimi later in the week, and we will also have an exclusive still from her new video).

We have an exclusive track from the Chuck Berry volume in the increasingly groovy 'Lost Broadcasts' series, together with some musings about how certain aspects of Chuck's modus operandi appear - on the showing of this vid at least - to be mythological: http://gonzo-multimedia.blogspot.com/2012/04/chuck-berry-lost-broadcasts.html

And finally we have a jolly good review of the fabbo new album from Judge Smith: http://gonzo-multimedia.blogspot.com/2012/04/judge-smith-another-great-review-for.html

On this day in 1820 the Venus de Milo was discovered on the island of Melos. Her arms were never found.

Help to Save the World's Only Poisonous Primate
New Threat to Birds Posed by Invasive Pythons in F...
Banned Antibiotics Found in Poultry Products
Maasai Mara lion killed during Maasai 'initiation ...
Rabbits 'threat' to the Storr on Skye
Drawing Connections Between Food Webs: Universal T...
Beauty in the Beast: Exhibit Shows Off Animal Insi...
Snake Pops Out Of Plane Dashboard During Flight (V...
Fiji fishing experiment – It doesn’t take long to ...
Ducklings signal hope for world’s rarest bird
Though there was a will, Fifth Third found a way t...
Worth More Alive III

The absence of upper limbs on the Venus de Milo has created some debate over the years; this was Buddy Holly’s theory:

Easter Saturday on the Gonzo blog and there are all sorts of goodies for you...

First up: Michael Des Barres sings the blues and Jon muses about the mid-1960s blues boom here in the UK: http://gonzo-multimedia.blogspot.com/2012/04/michael-des-barres-hoochie-coochie-man.html

Then a space rock Easter egg hunt, as Graham delves into the links between Robert Calvert's poems and Hawkwind's song 'Spirit of the Age'. Features no less than three video clips, two of which are exclusive to us:
http://gonzo-multimedia.blogspot.com/2012/04/bob-calverthawkwind-genesis-of-spirit.html

And another reviewer agrees with us that Wally are pretty bloomin' marvellous:
http://gonzo-multimedia.blogspot.com/2012/04/link-wally-review_06.html
Th-th-th-that's all folks (until tomorrow)
Posted by Jon Downes at 12:49 PM No comments:

Some interesting Petroglyphs from the Northwest Coast area:
http://frontiersofzoology.blogspot.com/2012/04/more-bc-canada-petroglyphs.html

Benny also has some "Thelma or Not?" photos on his Blog:
http://benny-drinnon.blogspot.com/2012/04/thelma-todd.html

New at Cedar And Willow
Because I have been asked for more of an explanation, I have updated the Background entry and given more information about some of the secondary characters rather than to go on and finish the next-scheduled entry (Which was to have involved the Hapgood Poleshifts and the Dancer-through-Time)
http://cedar-and-willow.blogspot.com/2012/03/some-more-background-from-beginning.html 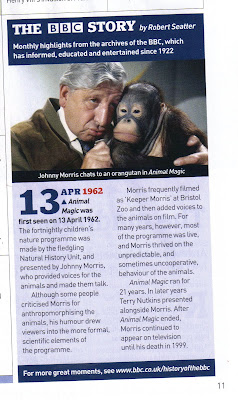