MUIRHEAD'S MYSTERIES: Half woman half snake 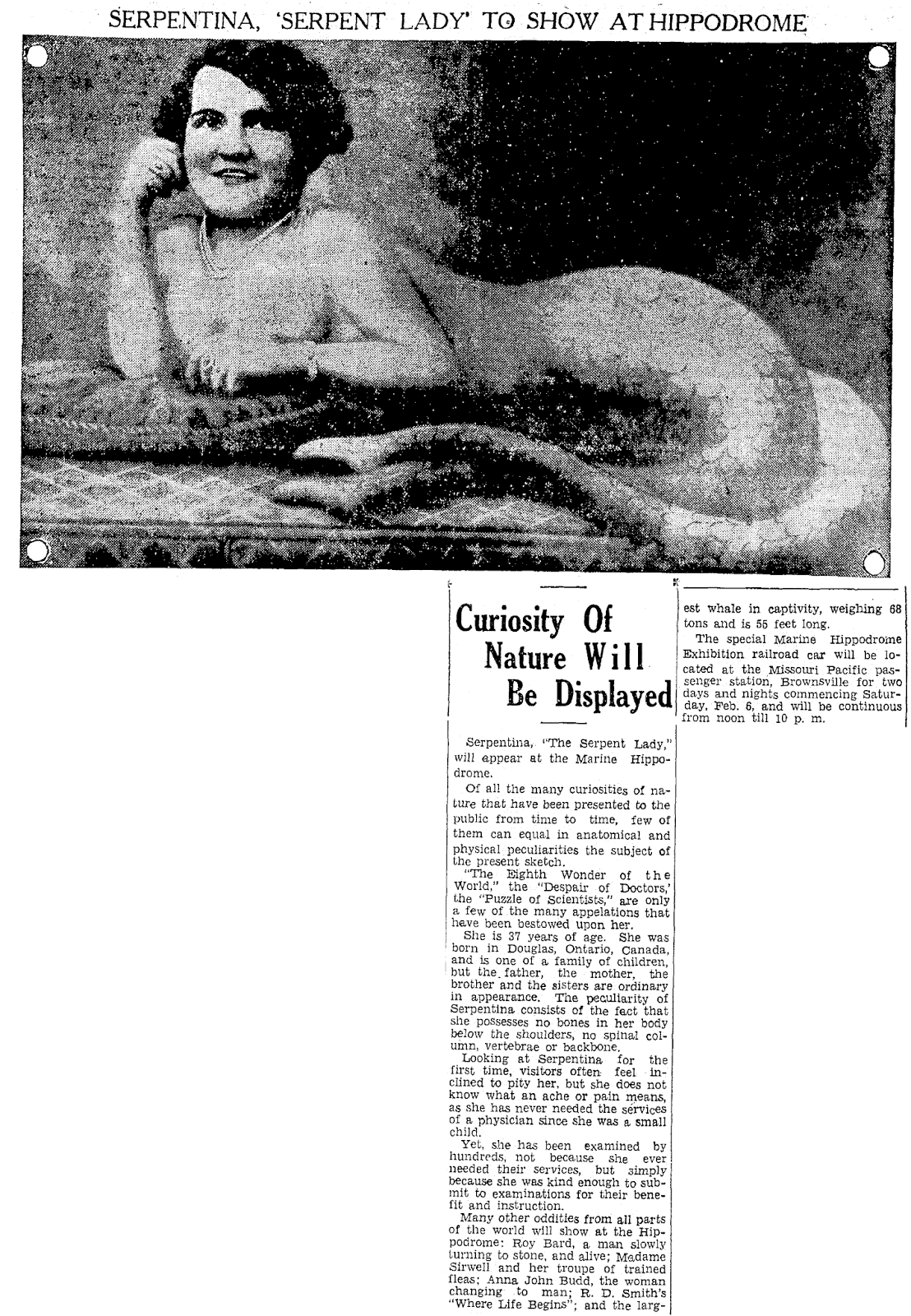 ITV News
Investigators have been alerted to an alleged sighting of a Bigfoot creature in Staffordshire woodland. Dave Youell claims he came across a half-man, ...
Posted by Jon Downes at 12:46 PM No comments:

www.gonzomultimedia.co.uk/about.html
This week is going to be more than a little fraught because at the weekend Corinna, Mother and I drive to Norwixch to see Olivia and my little grand-daughter. I will be in full-on Grandad mode for a few days, so I shall be achieving as much as I can as early as possible, not only to free me up for the weekend, but to make sure that I don't have too much to do immediately we get back. I shall be out of action, but Graham will be manning the CFZ.
I heard from the Tasmanian expedition via Tania Poole last night via Tania Poole. Apparently there is a slight arachnid problem at Base Camp: "On arrival large huntsman spider was in cabin loungeroom. Its run off somewhere so Rebecca is a little concerned about it".
THOM THE WORLD POET: The Daily Poem
http://gonzo-multimedia.blogspot.co.uk/2015/02/thom-world-poet-daily-poem_16.html
Fairport Convention review – the old crew sails in
http://gonzo-multimedia.blogspot.co.uk/2015/02/fairport-convention-review-old-crew.html
Yes keyboardist Rick Wakeman: 'Books and places that influences me'
http://gonzo-multimedia.blogspot.co.uk/2015/02/yes-keyboardist-rick-wakeman-books-and.html
ATKINS MAY PROJECT PORTUGUESE INTERVIEW
http://gonzo-multimedia.blogspot.co.uk/2015/02/atkins-may-project-portuguese-interview.html
GONZO TRACK OF THE DAY: New Riders of the Purple Sage
http://gonzo-multimedia.blogspot.co.uk/2015/02/gonzo-track-of-day-new-riders-of-purple.html
The Gonzo Weekly #117
www.gonzoweekly.com
Daevid Allen, UK, Eddie Jobson, John Wetton, Peter Banks, Sidonie Jordan, Empire, Jon Anderson, Yes, and Hawkwind fans had better look out!
The latest issue of Gonzo Weekly (#117) is available to read at www.gonzoweekly.com, and to download at http://www.gonzoweekly.com/pdf/. It has Daevid Allen, we have exclusive words and pictures from last weekend's Drones 4 Daevid benefit/celebration show in Brighton, and Doug Harr explains about the final farewell tour from the band UK. There are shows from Strange Fruit and from M Destiny at Friday Night Progressive, and the titular submarine dwellers are still lost at sea, although I have been assured that they will hit land again soon. There is also a collection of more news, reviews, views, interviews and pademelons trying to choose (OK, nothing to do with small marsupials having difficulty in making choices, but I got carried away with things that rhymed with OOOOS) than you can shake a stick at. And the best part is IT's ABSOLUTELY FREE!!!

* The Gonzo Daily is a two way process. If you have any news or want to write for us, please contact me at jon@eclipse.co.uk. If you are an artist and want to showcase your work, or even just say hello please write to me at gonzo@cfz.org.uk. Please copy, paste and spread the word about this magazine as widely as possible. We need people to read us in order to grow, and as soon as it is viable we shall be invading more traditional magaziney areas. Join in the fun, spread the word, and maybe if we all chant loud enough we CAN stop it raining. See you tomorrow...
* The Gonzo Daily is - as the name implies - a daily online magazine (mostly) about artists connected to the Gonzo Multimedia group of companies. But it also has other stuff as and when the editor feels like it. The same team also do a weekly newsletter called - imaginatively - The Gonzo Weekly. Find out about it at this link: www.gonzo-multimedia.blogspot.com/…/all-gonzo-news-wots-fit…
* We should probably mention here, that some of our posts are links to things we have found on the internet that we think are of interest. We are not responsible for spelling or factual errors in other people's websites. Honest guv!
* Jon Downes, the Editor of all these ventures (and several others) is an old hippy of 55 who - together with an infantile orange cat named after a song by Frank Zappa puts it all together from a converted potato shed in a tumbledown cottage deep in rural Devon which he shares with various fish, and sometimes a small Indian frog. He is ably assisted by his lovely wife Corinna, his bulldog/boxer Prudence, his elderly mother-in-law, and a motley collection of social malcontents. Plus.. did we mention the infantile orange cat?
Posted by Jon Downes at 11:55 AM No comments:

ON THIS DAY IN 1857 - The National Deaf Mute College was incorporated in Washington, DC. It was the first school in the world for advanced education of the deaf. The school was later renamed Gallaudet College.

AND TO WHISTLE WHILE YOU WORK... (Music that may have some relevance to items also on this page, or may just reflect my mood on the day)
Posted by Jon Downes at 1:18 AM No comments: