Posted by Liv McCarthy at 11:49 AM No comments: 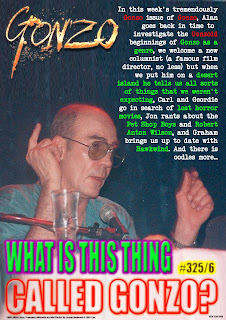 ON THIS DAY IN -  1992 - In Milwaukee, serial killer Jeffrey Dahmer was sentenced to life in prison. In November of 1994, he was beaten to death in prison.
And now some more recent news from the CFZ Newsdesk