I found this link in an old Texas newspaper to the Maumee River Dragon in Ohio and an illustration from The Bay City Times, Michigan, June 14th 1903 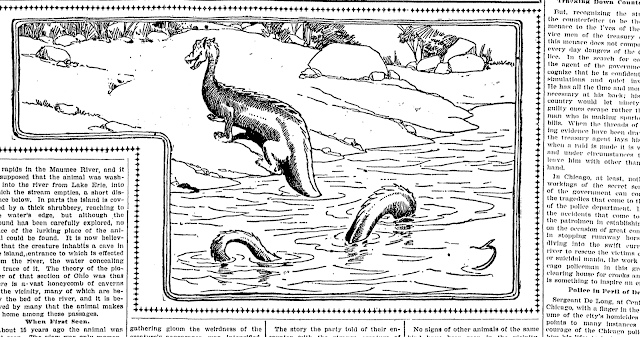 Posted by Jon Downes at 4:27 PM No comments:

THE GONZO BLOG DOO-DAH MAN ABOARD THE BLACK FREIGHTER

BlogTalkRadio (blog)
We will follow that up with an interview with a woman who had an all to close encounter with Bigfoot. Spoiler alert, it didn't end well for one of the ...

BlogTalkRadio (blog)
Tonight Steve and Chris talk about the latest happenings in the Bigfoot world. Thoughts on all topics of the subject. Join us 9PM Eastern Sunday nights ...

Sasquatch Chronicles
Bob writes "A man named William Roe came out in support of the existence of the creature many call bigfoot. He was so firm in his convictions, ...

ON THIS DAY IN -  1792 - The trial of France's King Louis XVI began. He was eventually put to death for the 33 charges.
And now some more recent news from the CFZ Newsdesk