News lady has a bigfoot story!
The Crypto Blast
That's why a lot of people were amazed when she posted a video describing a possible bigfoot encounter her family had recently while camping in the ...

Pocatello man's Bigfoot hoax gets international attention
Xtreme Idaho
A photo submitted by a Pocatello man whose video of an alleged Bigfoot encounter in Southeast Idaho was revealed as a joke earlier this week.

If You Love Your Dog Keep It Away From Bigfoot (Video)
Before It's News
There are lots of stories of dogs disappearing in areas of bigfoot activity, or dogs being afraid all of a sudden out in the woods, and even on rare ...

EXCLUSIVE CLIP From STOMPING GROUND, The New Indie Horror/Comedy About BIGFOOT!
Blumhouse.com
Is Bigfoot making a comeback? There have been a fair share of Sasquatch related projects in the last few years. Famed comedian and master of the ...

Bigfoot in Bunker? The search is on
The Salem News
Today, that legend is spreading beyond the traditional confines of the bonfire, and local residents are speaking out that Bigfoot may call our ...
Posted by Jon Downes at 3:34 PM No comments: 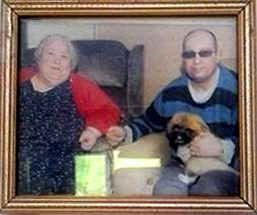 ON THIS DAY IN - 1215 - King John of England put his seal on the Magna Carta.
And now some more recent news from the CFZ Newsdesk