Tonight on the Crypto-Kid, Colin is joined by Dr. Brian D. Parsons as a rescheduled interview due to last week's cancellation. We will be discussing the field of cryptozoology, issues that exist within the field, and how it can be improved.

You can listen in at 8 pm EST by clicking www.wcjvradio.com/live and don't forget to hop in the chatroom during the show! 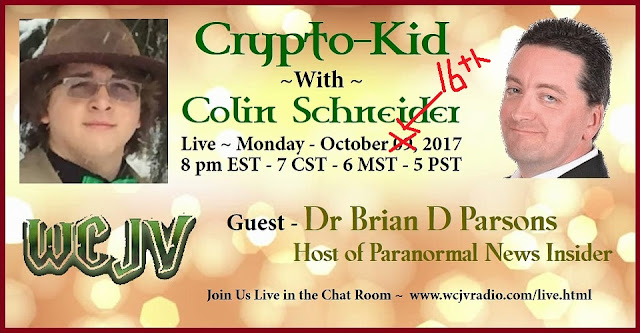 Posted by Colin Schneider at 8:09 PM No comments:

KOKH FOX25
FRESNO COUNTY, Calif. (KMPH) - We've all heard the stories of Bigfoot: people saying they've seen the legendary beast all over the country, and ...

Sanford Herald
Out of life's grandest mysteries, the idea of Bigfoot has created one of the largest followings and received fanfare in the forms of television shows, ...
Posted by Jon Downes at 1:27 PM No comments: