THE GONZO BLOG DOO-DAH MAN IS...

The Gonzo Daily - Tuesday
www.gonzomultimedia.co.uk/about.html
Another Curate's Egg of a day. I did an interview for Japanese TV at lunchtime, which was quite fun, and then had a Hospital appointment. In the meantime Tammy did a big clean out of the Japanese newts. Prudence was quite chipper throughout the day, she had her appetite back and ate two small but sensible meals. However in the mid-evening she was sick again, and was quite unwell for much of last night. Corinna and I finally got to sleep at about five, so anyone expecting sparkling Wildean wit from me this morning can just go and eat a bowl of............
THOM THE WORLD POET: The Daily Poem
http://gonzo-multimedia.blogspot.co.uk/2014/12/thom-world-poet-daily-poem_9.html
GONZO TRACK OF THE DAY: Lana Lane - Someone to Believe
http://gonzo-multimedia.blogspot.co.uk/2014/12/gonzo-track-of-day-lana-lane-someone-to.html
BARBARA DICKSON - TV INTERVIEW 2009
http://gonzo-multimedia.blogspot.co.uk/2014/12/barbara-dickson-tv-interview-2009.html
Steve Hackett 2014 Interview: Setting The Record Straight
http://gonzo-multimedia.blogspot.co.uk/2014/12/steve-hackett-2014-interview-setting.html
Wit and musical wizardry from legend of rock Rick
http://gonzo-multimedia.blogspot.co.uk/2014/12/wit-and-musical-wizardry-from-legend-of.html
The Gonzo Weekly #107
www.gonzomultimedia.co.uk/about.html
Ant-Bee, Jethro Tull, Dee Palmer, Lemmy, Frank Zappa, Astronomusic, Jon Anderson, Yes, Hawkwind, and Daevid Allen fans had better look out! The latest issue of Gonzo Weekly (#107) is available to read at www.gonzoweekly.com, and to download at http://www.gonzoweekly.com/pdf/.
It has Ant-Bee Billy James on the cover, and features an interview with him by Yours truly. Doug Harr interviews the legendary Dee Palmer, once of Jethro Tull and we send Astronomusic to a desert island. Jon looks at Lemmy's autobiographt, Hawkwind go to Japan, and we remember the great Frank Zappa. And there are also new shows from the multi-talented Neil Nixon at Strange Fruit and from M Destiny at Friday Night Progressive, and the titular submarine dwellers are back with another episode of Sub Reality Sandwich (except its not). There is also a collection of more news, reviews, views, interviews and anteaters wishing to snooze (OK, nothing to do with dozy edentates, but I got carried away with things that rhymed with OOOOS) than you can shake a stick at. And the best part is IT's ABSOLUTELY FREE!!!
The complete list of artists featured in this bumper fun packed issue is: Frank Zappa, Mike Joyce, Pink Floyd,Elton John, AC/DC, Gong, Daevid Allen, Quarto Vuoto, The Who, Steve Hackett, Strange Fruit, Sub Reality Sandwich, Friday Night Progressive, Ian McLagan, Bobby Keys, Nick Talbot, Bob Montgomery, Stoner, The Doctors of Madness, Clive Palmer, The Fall, Captain Beefheart and his Magic Band,  Mick Farren and The Deviants, Aviator, Mick Abrahams, Joey Molland, Steve Ignorant,  Hugh Hopper & Phil Miller, Tony Palmer, Barbara Dickson,Ant-Bee, Jethro Tull, Dee Palmer, Astronomusic, Lemmy, Yes, Peter Banks, Rick Wakeman, Geoff Downes, Mabel Greer's Toyshop, Steve Howe, Jon Anderson, Patrick Moraz, Like a Storm, Tinkicker, Winter, Ancient Rites 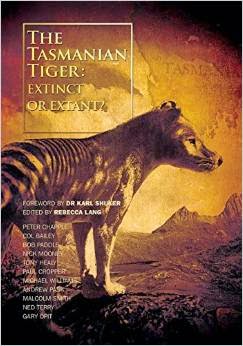 ON THIS DAY IN 1783 - The first executions at Newgate Prison took place.

AND TO WHISTLE WHILE YOU WORK... (Music that may have some relevance to items also on this page, or may just reflect my mood on the day)
Posted by Jon Downes at 7:17 AM No comments: