http://www.learnstuff.com/climate-change/
Posted by Jon Downes at 2:50 PM No comments: 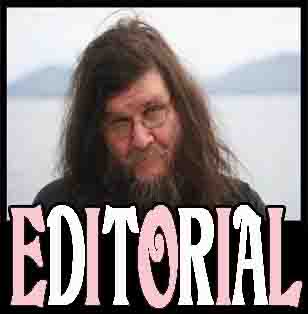 The eagle-eyed amongst you will have noticed that the CFZ Yearbook for 2013 has still not appeared. The reason is simple. It is half done, but is languishing on one of the two knackered drives that are currently being fixed. In fact they have been fixed, but because the people who have fixed them insist on being paid by World Pay, the whole caboodle is taking longer than one would have hoped. Whilst on this subject, March's episode of OTT may also be late for exactly the same reason.

CRYPTOLINK: The Deadly Bigfoot Hoax and Why People Do It

It was a prank gone bad – a deadly bigfoot hoax in fact for 44-year old prankster, Randy Lee Tenley.

For some unknown reason, on the night of August 26, 2012, Tenley decided to dress up in a Ghlilie suit (military sniper camouflage) and stand along Montana US Highway 93 just south of Kalispell. (1)
Some believe that Tenley was trying to play a hoax on motorists, hoping they would mistake him for a bigfoot since such sightings are regularly reported in the state. Whatever Tenley was thinking or his intentions were, he paid the ultimate price for his prank with his life.
Tenley was struck down by the first car to pass him driven by a 15-year old girl from Somers. The teenager was unable to stop in time. Her vehicle struck Tenley, throwing him to the pavement and right in the path of a second oncoming vehicle driven by a 17-year old girl, also from Somers.
The girl was also unable to stop and the vehicle she was driving ran over Tenley’s prone body. While what happened to Tenley was horrible, equally tragic is the trauma his prank caused these two innocent girls. His bigfoot stunt left a lifelong emotional impact on both girls.
Arriving on the scene, Trooper Jim Schneider conducted the investigation and after interviewing Tenley’s friends, told the Daily Inter Lake that Tenley’s motives were “to make people think he was Sasquatch so people would call in a Sasquatch sighting”. He also added that it was possible that alcohol and impairment may have been partly responsible for Tenley’s actions. (1)
Read on...
Posted by Jon Downes at 2:45 PM No comments:

Every 4 years there is an influx of Boreal Owls into Minnesota. The voles must be at a low cycle further north, so the Boreals need to move in search of food. In late January of 2013 they started showing up in Sax-Zim and along the North Shore. Here is a compilation of video from 4 different Boreals taken between January 27th and February 8th.

THE GONZO BLOG DOO-DAH MAN IS ROUND THE BEND

I really do enjoy sundays

*  Jon Downes, the Editor of all these ventures (and several others) is an old hippy of 53 who - together with his orange cat (who is currently on sick leave in Staffordshire) puts it all together from a converted potato shed in a tumbledown cottage deep in rural Devon which he shares with various fish. He is ably assisted by his lovely wife Corinna, his bulldog/boxer Prudence, his elderly mother-in-law, and a motley collection of social malcontents. Plus.. did we mention the orange cat?
Posted by Jon Downes at 1:29 PM No comments:

On this day in 1945 the actor Barry Bostwick, famous for playing the role of Brad Majors in the Rocky Horror Picture Show, was born.
And now the news:


A tribute show to Rocky Horror staring Antony Head as Frank:
http://www.youtube.com/watch?v=1IitNywcKDw
Posted by Jon Downes at 1:29 PM No comments: