Couple Hosts Bigfoot Wedding At Sasquatch Hot Spot
Bigfoot Evidence
The town of Remer has made a name for itself as a mecca for bigfoot activity. So much so that one couple decided to have their very own bigfoot ...

MAKING BIGFOOT : Web Series
Amino
Please check out my "MAKING BIGFOOT" Web series as we're chronicling the creation of my new movie, from the ground-up. Included here are ...
Posted by Jon Downes at 5:49 PM No comments:

THE GONZO BLOG DOO-DAH MAN DOES HIS OWN IGNITABLE THING 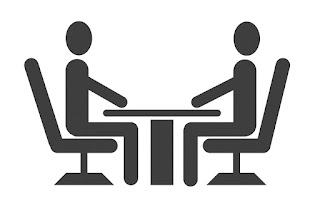 In the UK there are more than 700,000 individuals living with autism, however, less than 15% of these people are in full-time employment. This is a dispiriting figure when you consider the many skills and talents people with autism have, skills which are highly beneficial in the workplace.
Autism Spectrum Disorder is not a disease or illness and it cannot be cured - the unique elements of autism are an integral part of the person’s make-up. As it is defined across a spectrum, people with autism will all experience it in a unique way, however, it usually has some effect on how individuals communicate and interact with others. As well, it is also important to remember that autism is not a visible disability.

In 2010, The Equality Act came into force in the UK and made it unlawful for any employer to discriminate on the grounds of disability. Perhaps this has made some employers reassess their approach to autism, however, employing people with a disability is not a matter of filling quotas. Instead, the focus should be on the value each individual can bring to the prospective role. Those who fall within the spectrum of autism have a huge amount to offer companies. Individuals with autism are often excellent problem solvers; have outstanding concentration and memory skills; pay great attention to detail; and are highly dependable, just some of the traits that companies are looking for in employees.

While every applicant who applies for a job should be treated as an individual, there is common ground amongst people with autism that can be reached, which, when recognised by companies can make the hiring process run much more smoothly.

Communication
Some individuals with autism will find understanding body language and facial expressions difficult and this can sometimes hinder communication.
Repetitive Behaviours
People with autism will often see the world in a different way and thus they tend to enjoy the security of familiarity and routine. This is a positive trait in a working environment.
Interaction
Interaction concerns how individuals with autism behave in the presence of others. For example, if they are concerned, they may retreat within themselves; or they may sometimes appear insensitive, but only because they find it difficult to read cues from those around them.

The Interview Process
People with autism often develop a keen interest in a particular subject and become hugely knowledgeable about it. If you can discover what this interest is during the interview, and encourage the candidate to talk about it, it can help put them at ease.
Sometimes jokes and sarcasm are not understood well by individuals with autism, as physical cues are hard for them to read. Therefore, be straightforward and express yourself clearly. Also, if there are gaps in the conversation don’t rush in to fill the silence, the person may just need a little longer to formulate their response.

The Induction Process
Once an individual with autism has been hired, there are simple steps you can take to make their first few days with you as positive an experience as possible.

·         Send induction material to the new employee early so they can take the time to read through and absorb it before they start. This will help to lessen first day nerves.

·         If possible, try to seat the person away from noise or people passing by regularly, as this can be unsettling. It’s also important to build structure into the day so individuals know what to expect.

·         People with autism can be perfectionists so it’s important to give regular feedback on how things are going and provide reassurance where necessary.

Individuals with autism tend to have strong skills in particular areas and can often outperform their peers in these capacities. It’s important therefore to tap into these strengths and allow the employee the freedom to utilise their skill-set within the working environment. When this happens much of the misunderstanding about autism falls away and employers recognise what a valuable asset the individual is to their business.

For more information click here.
Posted by Jon Downes at 1:11 PM No comments: 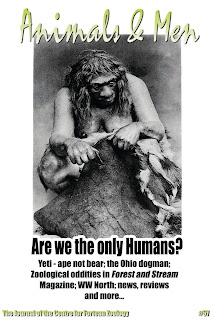 
Here is the latest issue of Animals & Men to read, absolutely free!...

Click here to read the whole article.
Posted by Andrew May at 4:00 AM No comments:

ON THIS DAY IN - 1430 - Joan of Arc, taken prisoner by the Burgundians in May, was handed over to Pierre Cauchon, the bishop of Beauvais.
And now some more recent news from the CFZ Newsdesk