CRYPTOLINKS: The 'Place of Many Dead' - Devil's Lake, Wisconsin

Devil's Lake of Wisconsin has its share of geological oddities such as glacier scratches on unusual rock formations and petrified sand waves of an ancient sea, but it is the Amerindian mounds that are especially interesting. Three major effigy mounds are located in Devil's Lake State Park. One in the shape of a bear and another, which resembles a lynx, are at the north end of the lake. A bird-shaped mound is at the southern end. Did the moundbuilders wish to acknowledge real animals or phantom creature forms that haunted the shores of Devil's Lake?

Video of Smithsonian's National Zoo biologist Matt Evans talks about what it's like to care for Panama's national animal. June 23. Panama Amphibian Rescue and Conservation Project
Posted by Jon Downes at 11:43 AM No comments:

LINDSAY SELBY: How easy is it to fake something? 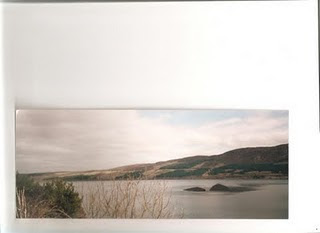 After all this talk about fake stuff to do with bigfoot,I am not going to go into the debate about the face print, footprints etc, I decided to see how easy it is to fake a photo. I took a photo I had taken at Loch Ness in 2000 and added a couple of humps. I have deliberately posted the photo so you can see it has been scanned in so no one tries to use it.

By sticking the humps on a shadow in the water that was already in the photo,I was amazed how real it could have looked if scanned again and especially if turned into black and white. So It is that easy. But the question still remains -why would anyone deliberately mislead people by doing that? To a genuine researcher, this sort of fraud is just beyond comprehension , and means it makes the cryptid a joke, so that very few scientists will get involved in any attempt at serious study.

Modern technology makes it too easy, even a know nothing about photography like myself, can do it.

HAUNTED SKIES: A visit to Devon

http://hauntedskies.blogspot.com/2011/06/trip-to-devon-and-update-on-haunted.html
Posted by Jon Downes at 11:33 AM No comments:

On this day in 1898 Joshua Slocum completed the first solo navigation of the world.
And now the news:

Ah, Captain Beaky & his band (not forgetting hissing Sid!!!) time...
Fascinating fact: Evil dictator and all round nut-job His Excellency, President for Life, Field Marshal Al Hadji Doctor Idi Amin Dada, VC, DSO, MC, Lord of the Beasts of the Earth and Fishes of the Sea, Uncrowned King of Scotland, Conqueror of the British Empire in Africa in General and Uganda in Particular was so obsessed with Captain Beaky & his band (not forgetting hissing Sid!!!) that he had a special Captain Beaky & his band (not forgetting hissing Sid!!!) lunch box made to keep his haggis sandwiches in. Of course, because he was a wee bit round the twist he decided at the last minute that the lunch box should be the size of a bock of flats as only a red plastic Captain Beaky lunch box of that size would befit a man of his standing, he was furious when after it's construction the lunch box proved too heavy to move:

http://www.youtube.com/watch?v=8r2mPdsPqrw
Posted by Jon Downes at 11:33 AM No comments:

A very happy birthday to my little brother Richard - 48 today 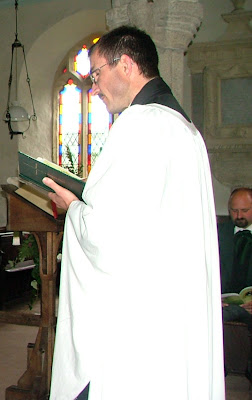 Published with Blogger-droid v1.7.2
Posted by Jon Downes at 11:25 AM No comments:

After an absence of nearly a year, Kaye has resumed posting about life at Walland Farm
Published with Blogger-droid v1.7.2
Posted by Jon Downes at 9:41 AM No comments: