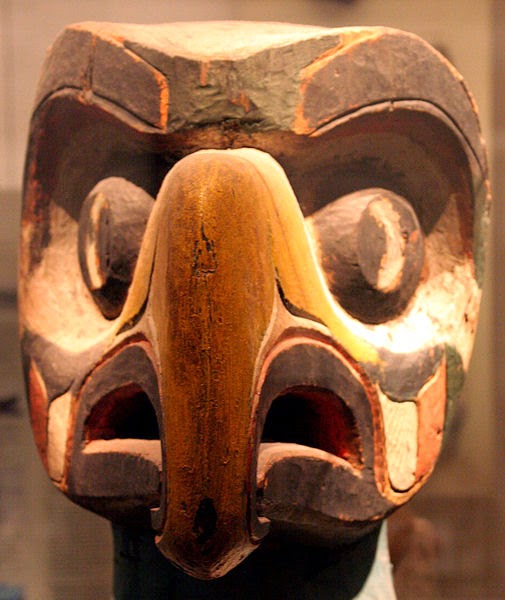 Posted by Andrew May at 4:38 PM No comments:

Who Was Jerry Crew and Why Was He Important to Bigfoot?

Bigfoot Evidence ⋅ Matt K.
Join us LIVE tonight as Rev. Jeff and David Batdorf talk the show back to basics and bring to you a show like we have never done before. The Bigfoot

I Read Bigfoot Erotica For Research
GBCN
The atmosphere in the barn suddenly shifted…my fear had morphed into something different, and my sole focus was on my Bigfoot. –Moan For Bigfoot ...

Check out the new trailer for bigfoot horror movie 'Willow Creek'
IMDb
The bigfoot legend gets a found footage twist in the new horror movie Willow Creek. Directed by comedian-turned-filmmaker Bobcat Goldthwait — who ...

Massive suspect Bigfoot Territorial structure
BigfootBlogger.Com
Rocky Mountain Sasquatch Organization: Derek and Shelly hike up to a massive structure we suspect was made by Bigfoot in this area with a long

Questionable Tree Arch, was it Bigfoot? You tell us
BigfootBlogger.Com
David Crane: Possible Bigfoot tree arch , Log is laying on small tree top . My question is how did tree fall and capture salping to create an arch.

Is it time to call BS in the Bigfoot Community?
Bigfoot Research News
Recently there have been some people claiming obvious stumps or rocks are Bigfoot and acting very rude and condescending to anyone that

Bigfoot Hunter: Official Teaser Trailer!
The Tap Lab
We're so excited to share a first look at the world of Bigfoot Hunter! Almost a year ago, the team decided to spend one sleepless night breathing life ...
Posted by Jon Downes at 3:34 PM No comments:

www.gonzomultimedia.co.uk/about.html
This afternoon we received five Japanese fire-bellied newts which are now (thanks to Charlotte) safely ensconsed in a tank in the sitting room. Mike Davis will be recording here again this evening, and so the fact that I am running extraordinarily late is a mild problem. However we had friends here this afternoon and a whole string of telephone calls also conspired to make things more complicated than they otherwise would have been...
In conversation: Chad Smith with Ginger Baker
http://gonzo-multimedia.blogspot.com/2014/05/in-conversation-chad-smith-with-ginger.html
GONZO TRACK OF THE DAY: Chris Judge Smith - Curly's Airships - "A byronic sort of blighter" (with Hammill)
http://gonzo-multimedia.blogspot.com/2014/05/gonzo-track-of-day-chris-judge-smith.html
THOM THE WORLD POET: The Daily Poem
http://gonzo-multimedia.blogspot.com/2014/05/thom-world-poet-daily-poem_30.html
Eric Burdon, A Conversation With Rock and Roll’s Original animal
http://gonzo-multimedia.blogspot.com/2014/05/eric-burdon-conversation-with-rock-and.html
Barbara showed many talents
http://gonzo-multimedia.blogspot.com/2014/05/barbara-showed-many-talents_30.html
Clearlight Canadian review
http://gonzo-multimedia.blogspot.com/2014/05/clearlight-canadian-review.html
The latest issue of Gonzo Weekly, can be read at www.gonzoweekly.com. It has Steve Ignorant (late of Crass) on the cover and features exclusive interviews with the man himself, Ken Pustelnik (late of The Groundhogs), exclusive live accounts of The Pink Fairies triumphant return, and Clepsydra's appearance at Rosfest, and a poignant article by Richard Stellar entitled The Inspiration of a Holocaust Survivor and Hero about how the story of Curt Lowens inspired composer Sharon Farber. There are also new shows from the peculiar multiverse of Sub Reality Sandwich (this week they are in their submarine off the coast of Australia with special guest Lyn Paul) from Friday Night Progressive, and from the multi-talented Neil Nixon at Strange Fruit and a collection of more news, reviews, views, interviews and Victorian flues (OK, no 19th Century heating ducts, but I got carried away with things that rhymed with OOOOS) than you can shake a stick at. And the best part is IT's ABSOLUTELY FREE!!!
The full list of artists in #79 is Yes, Chris Squire, Rick Wakeman, Billy Sherwood, Jon Davison, Steve Ignorant, Ken Pustelnik, The Pink Fairies, Led Zeppelin, Sir Paul McCartney, David Gilmour, The Beach Boys, Mick Harvey, Judge Smith, Michael des Barres, Merrell Fankhauser, Galahad, Auburn, Liz Lenten, Jack Bruce, Ginger Baker, Wise Williams, Barbara Dickson, Keith Levene, Marianne Faithfull, Grace Slick, Transatlantic, Sub Reality Sandwich, Friday Night Progressive, Jean Philippe Rykiel, Joey Molland, David Jackson & Rene van Commenee, Pierre Moerlen’s Gong, Clearlight, Planet Earth Rock ‘n’ Roll Orchestra, Kevin Ayers and the Whole World, Tumblewild, Hollis Brown, PFM, Richard Stellar, Clepsydra, Marie Osmond, Donny Osmond, Carlos Santana, Justin Bieber, One Direction, Elvis Presley, Beatles, Rolling Stones, Lives & Times, Twelfth Night, Sopor Aeternus & The Ensemble of Shadows

*  Jon Downes, the Editor of all these ventures (and several others) is an old hippy of 54 who - together with an orange kitten named after a song by Frank Zappa puts it all together from a converted potato shed in a tumbledown cottage deep in rural Devon which he shares with various fish, and sometimes a small Indian frog. He is ably assisted by his lovely wife Corinna, his bulldog/boxer Prudence, his elderly mother-in-law, and a motley collection of social malcontents. Plus.. did we mention the orange kitten?
Posted by Jon Downes at 3:26 PM No comments:

Q How can you tell that a rhinoceros has been in your fridge?

A By the footprints in the custard.