The Gonzo Daily - Monday
www.gonzomultimedia.co.uk/about.html
It has been a strange few days. On Friday and Saturday I was up until stupid o'clock doing first the magazine, and second recording. On Saturday my dear nephew also turned up to see me and wine was drunk. Earlier that evening I also tried absinthe for the first time, and I am afraid that I was not impressed. I had no psychoactive effects apart from feeling mildly nauseous, and actually thought that it was rather nasty. But thank you to martin Eve for bringing it down. I always like to try new experiences even if they are ones that I do not think that I will want to repeat. I am taking the rest of today off, and hopefully tomorrow will dawn bright and fair, and there will be another jolly week ahead of us.
Grace Slick's Festival Memories: Fearing Orgies and Getting Lit
http://gonzo-multimedia.blogspot.com/2014/05/grace-slicks-festival-memories-fearing.html
THOM THE WORLD POET: The Daily Poem
http://gonzo-multimedia.blogspot.com/2014/05/thom-world-poet-daily-poem_26.html
GONZO TRACK OF THE DAY: Clepsydra - Travel of Dream part 1-2-3
http://gonzo-multimedia.blogspot.com/2014/05/gonzo-track-of-day-clepsydra-travel-of.html
The Animals: The British Invasion That Wasn't
http://gonzo-multimedia.blogspot.com/2014/05/the-animals-british-invasion-that-wasnt.html
Barbara showed many talents
http://gonzo-multimedia.blogspot.com/2014/05/barbara-showed-many-talents.html
‘We had to really rethink some things’: Justin Hayward and Patrick Moraz on the Moody Blues’ influential ‘Gemini Dream’
http://gonzo-multimedia.blogspot.com/2014/05/we-had-to-really-rethink-some-things.html
The latest issue of Gonzo Weekly, can be read at www.gonzoweekly.com. It has Steve Ignorant (late of Crass) on the cover and features exclusive interviews with the man himself, Ken Pustelnik (late of The Groundhogs), exclusive live accounts of The Pink Fairies triumphant return, and Clepsydra's appearance at Rosfest, and a poignant article by Richard Stellar entitled The Inspiration of a Holocaust Survivor and Hero about how the story of Curt Lowens inspired composer Sharon Farber. There are also new shows from the peculiar multiverse of Sub Reality Sandwich (this week they are in their submarine off the coast of Australia with special guest Lyn Paul) from Friday Night Progressive, and from the multi-talented Neil Nixon at Strange Fruit and a collection of more news, reviews, views, interviews and Victorian flues (OK, no 19th Century heating ducts, but I got carried away with things that rhymed with OOOOS) than you can shake a stick at. And the best part is IT's ABSOLUTELY FREE!!!
The full list of artists in #79 is Yes, Chris Squire, Rick Wakeman, Billy Sherwood, Jon Davison, Steve Ignorant, Ken Pustelnik, The Pink Fairies, Led Zeppelin, Sir Paul McCartney, David Gilmour, The Beach Boys, Mick Harvey, Judge Smith, Michael des Barres, Merrell Fankhauser, Galahad, Auburn, Liz Lenten, Jack Bruce, Ginger Baker, Wise Williams, Barbara Dickson, Keith Levene, Marianne Faithfull, Grace Slick, Transatlantic, Sub Reality Sandwich, Friday Night Progressive, Jean Philippe Rykiel, Joey Molland, David Jackson & Rene van Commenee, Pierre Moerlen’s Gong, Clearlight, Planet Earth Rock ‘n’ Roll Orchestra, Kevin Ayers and the Whole World, Tumblewild, Hollis Brown, PFM, Richard Stellar, Clepsydra, Marie Osmond, Donny Osmond, Carlos Santana, Justin Bieber, One Direction, Elvis Presley, Beatles, Rolling Stones, Lives & Times, Twelfth Night, Sopor Aeternus & The Ensemble of Shadows

*  Jon Downes, the Editor of all these ventures (and several others) is an old hippy of 54 who - together with an orange kitten named after a song by Frank Zappa puts it all together from a converted potato shed in a tumbledown cottage deep in rural Devon which he shares with various fish, and sometimes a small Indian frog. He is ably assisted by his lovely wife Corinna, his bulldog/boxer Prudence, his elderly mother-in-law, and a motley collection of social malcontents. Plus.. did we mention the orange kitten?
Posted by Jon Downes at 1:54 PM No comments:

blogspot.com
This is an enhanced version of the Bigfoot Encounter in Norway video that was posted a couple days ago. The video is slowed down and some light is

Video: Watch 'Bigfoot' Arise From Grass In Norwegian Meadow | Paranormal - Before It's News
beforeitsnews.com
{C}. Bigfoot may have relocated from the United States to Norway, if this incredible video is anything to go by. The 19-second clip, uploaded to

Bigfoot News | Bigfoot Lunch Club: WCJB-TV
bigfootlunchclub.com
Florida has it's own version of Bigfoot, known as the Skunk Ape, thought to be a distinct separate species from the Sasquatch. In a recent news ...

New Footage: This Bigfoot Sighting From Washington Looks Legit
alien-ufos.com
I am not fully convinced. Too short of glimpses and starts out, out of focus. Also what was he videoing before the form showed up? Or was this his. 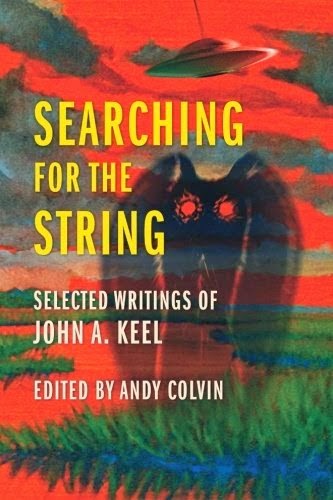 Q How can you tell that a rhinoceros has been in your fridge?

A By the footprints in the custard.

Posted by Jon Downes at 8:03 AM No comments: