MARK RAINES: The latest developments in the badger cull 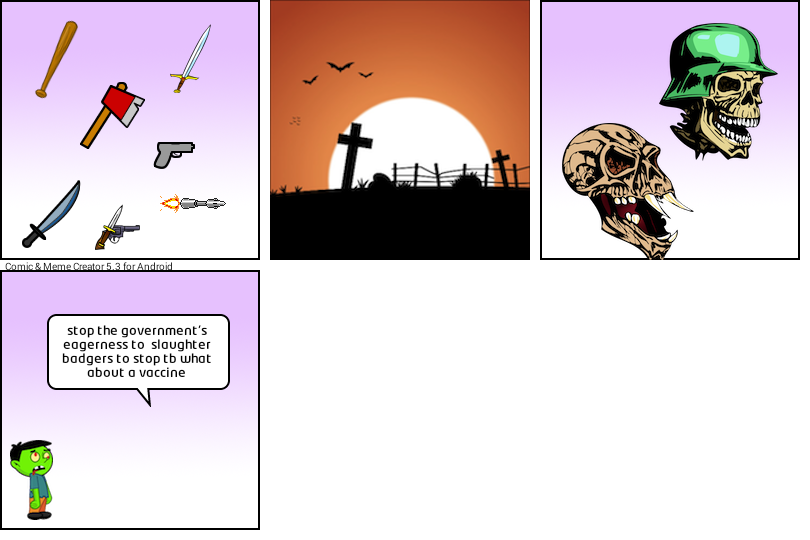 The Odyssey
Something I'll never grow out of is my die-hard belief in the creature known as Bigfoot. Sasquatch has wandered throughout my imagination since I

Proof Of A Sylvanic Bigfoot Massacre?

Before It's News
(Before It's News). This is yet another piece of audio we have received at The Fortean Slip. It seems to indicate a massacre at the Sylvanic site years ...

Bigfoot Evidence
While out scouting deer, a Connecticut hunter claims to have spotted a bigfoot creature observing him from a nearby hillside. Others in the area report ...

These Are The Bigfoot Chasers

Bigfoot Evidence
Our friends Joe and Craig are back! And Bigfoot Evidence has the exclusive promo for Bigfoot Chasers and their new season. Please subscribe to ...

Kingsport Times News
Bigfoot blamed for Sullivan County disturbance ... no prowler was located, leading the complainant to theorize the commotion's source "was Bigfoot."

Bigfoot Evidence
Police Respond to Bigfoot Call in Tennessee. Sullivan County Police responded to a 911 call when a man called in saying something was beating on

Bigfoot Evidence
87 year-old John Green has been researching the bigfoot mystery since 1957! That's close to 60 years! Here's a recent interview with the bigfooting

Wkpt
KINGSPORT, Tenn. (WKPT) – Here's an interesting story from Saturday. According to the Kingsport Times News, police were called to a residence on ...

Before It's News
Bigfoot researchers are doing something different these days to attract Bigfoot. It's been confirmed by several researchers, including a father and ...

Holy Crap! Bill Brock's Got Lasers On His Bigfoot Drone

Bigfoot Evidence
Hunters can attach it to their rifle scope for night time feral hog hunting and such. Bill Brock has been experimenting with drones in his Bigfoot research

Is the Bigfoot Community a Hoax?

Bigfoot Daily News
Due to my feelings on this recent event, I have decided to write this article to try to ask the Bigfoot community why does some people get labeled a ...

Tennessee Man Claims 'Bigfoot' Tried to Break Into his Residence

Innisfail Province
... and was taken to a site where nearly 500 footprints were found by a contractor, made by possibly three individual Bigfoot walking along a road.
Posted by Jon Downes at 12:23 PM No comments:

www.gonzomultimedia.co.uk/about.html
Yesterday my beloved nephew David Braund-Phillips announced his engagement to Jessica Heard. I have known this was likely to happen for ages - basically since I was doing my Christmas shopping about six years ago when I ran into them looking furtive in Thornton's in Barnstaple. I love them both and wish them every joy!
GONZO TRACK OF THE DAY: Fire Merchants
http://gonzo-multimedia.blogspot.com/2014/12/gonzo-track-of-day-fire-merchants.html
THOM THE WORLD POET: The Daily Poem
http://gonzo-multimedia.blogspot.com/2014/12/thom-world-poet-daily-poem_11.html
Don’t expect to shake hands with Yes’ Steve Howe
http://gonzo-multimedia.blogspot.com/2014/12/dont-expect-to-shake-hands-with-yes.html
Peter Banks: Magazine Review - The Mars Tapes
http://gonzo-multimedia.blogspot.com/2014/12/peter-banks-magazine-review-mars-tapes.html
Hugh Hopper: UK review
http://gonzo-multimedia.blogspot.com/2014/12/hugh-hopper-uk-review.html
The Gonzo Weekly #107
www.gonzomultimedia.co.uk/about.html
Ant-Bee, Jethro Tull, Dee Palmer, Lemmy, Frank Zappa, Astronomusic, Jon Anderson, Yes, Hawkwind, and Daevid Allen fans had better look out! The latest issue of Gonzo Weekly (#107) is available to read at www.gonzoweekly.com, and to download at http://www.gonzoweekly.com/pdf/.
It has Ant-Bee Billy James on the cover, and features an interview with him by Yours truly. Doug Harr interviews the legendary Dee Palmer, once of Jethro Tull and we send Astronomusic to a desert island. Jon looks at Lemmy's autobiographt, Hawkwind go to Japan, and we remember the great Frank Zappa. And there are also new shows from the multi-talented Neil Nixon at Strange Fruit and from M Destiny at Friday Night Progressive, and the titular submarine dwellers are back with another episode of Sub Reality Sandwich (except its not). There is also a collection of more news, reviews, views, interviews and anteaters wishing to snooze (OK, nothing to do with dozy edentates, but I got carried away with things that rhymed with OOOOS) than you can shake a stick at. And the best part is IT's ABSOLUTELY FREE!!!
The complete list of artists featured in this bumper fun packed issue is: Frank Zappa, Mike Joyce, Pink Floyd,Elton John, AC/DC, Gong, Daevid Allen, Quarto Vuoto, The Who, Steve Hackett, Strange Fruit, Sub Reality Sandwich, Friday Night Progressive, Ian McLagan, Bobby Keys, Nick Talbot, Bob Montgomery, Stoner, The Doctors of Madness, Clive Palmer, The Fall, Captain Beefheart and his Magic Band,  Mick Farren and The Deviants, Aviator, Mick Abrahams, Joey Molland, Steve Ignorant,  Hugh Hopper & Phil Miller, Tony Palmer, Barbara Dickson,Ant-Bee, Jethro Tull, Dee Palmer, Astronomusic, Lemmy, Yes, Peter Banks, Rick Wakeman, Geoff Downes, Mabel Greer's Toyshop, Steve Howe, Jon Anderson, Patrick Moraz, Like a Storm, Tinkicker, Winter, Ancient Rites


* Jon Downes, the Editor of all these ventures (and several others) is an old hippy of 55 who - together with an infantile orange cat named after a song by Frank Zappa puts it all together from a converted potato shed in a tumbledown cottage deep in rural Devon which he shares with various fish, and sometimes a small Indian frog. He is ably assisted by his lovely wife Corinna, his bulldog/boxer Prudence, his elderly mother-in-law, and a motley collection of social malcontents. Plus.. did we mention the infantile orange cat?
Posted by Jon Downes at 12:15 PM No comments:

ON THIS DAY IN 1844 - Dr. Horace Wells became the first person to have a tooth extracted after receiving an anesthetic for the dental procedure. Nitrous Oxide, or laughing gas, was the anesthetic.

AND TO WHISTLE WHILE YOU WORK... (Music that may have some relevance to items also on this page, or may just reflect my mood on the day)
Posted by Jon Downes at 1:35 AM No comments: