Wyrd artist and our good friend Mike Davis is in a song competition sponsored by Indi Beats. Make our day and .....


VOTE FOR HIM BY CLICKING THIS LINK
Posted by Jon Downes at 3:55 PM No comments: 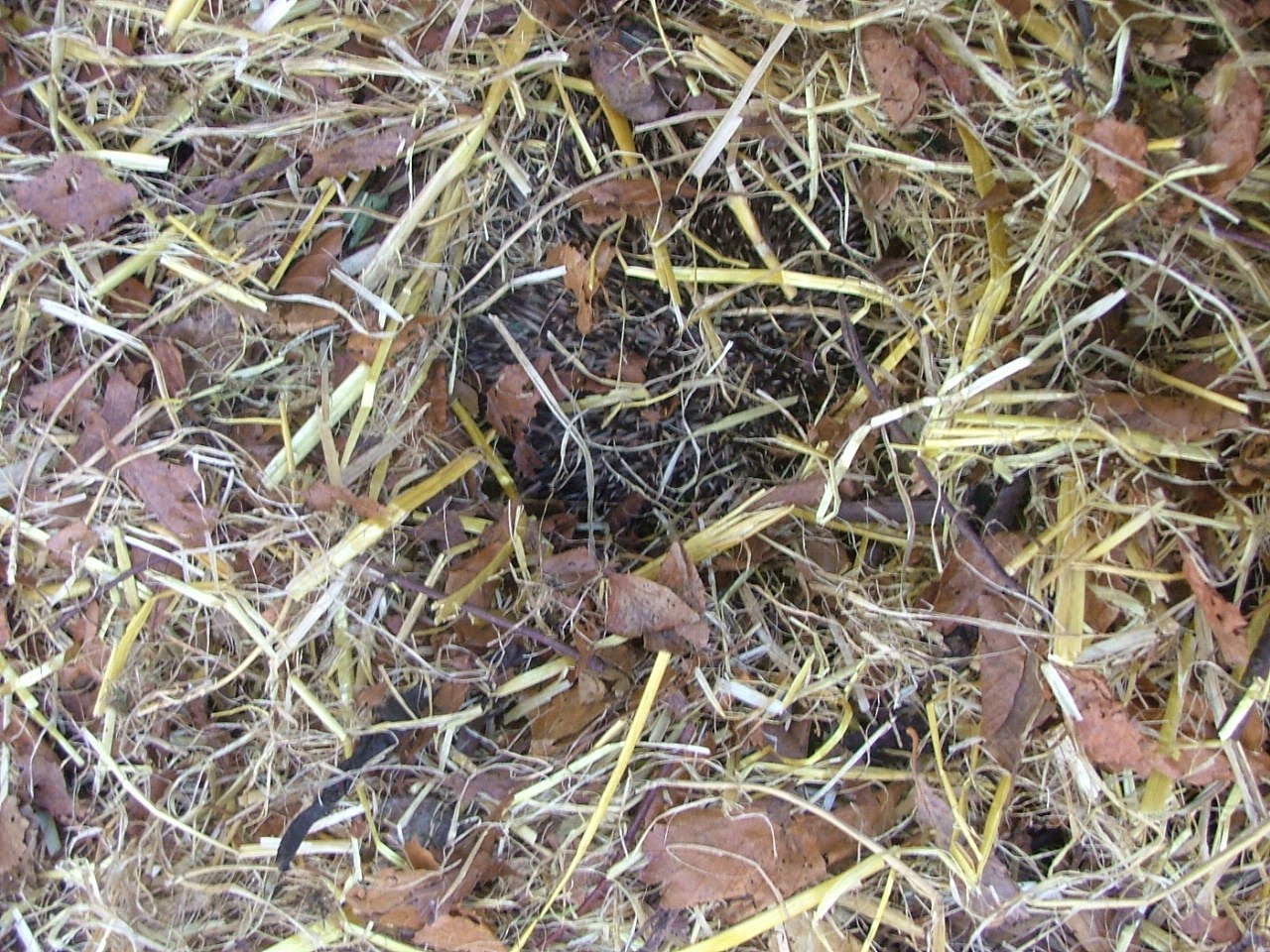 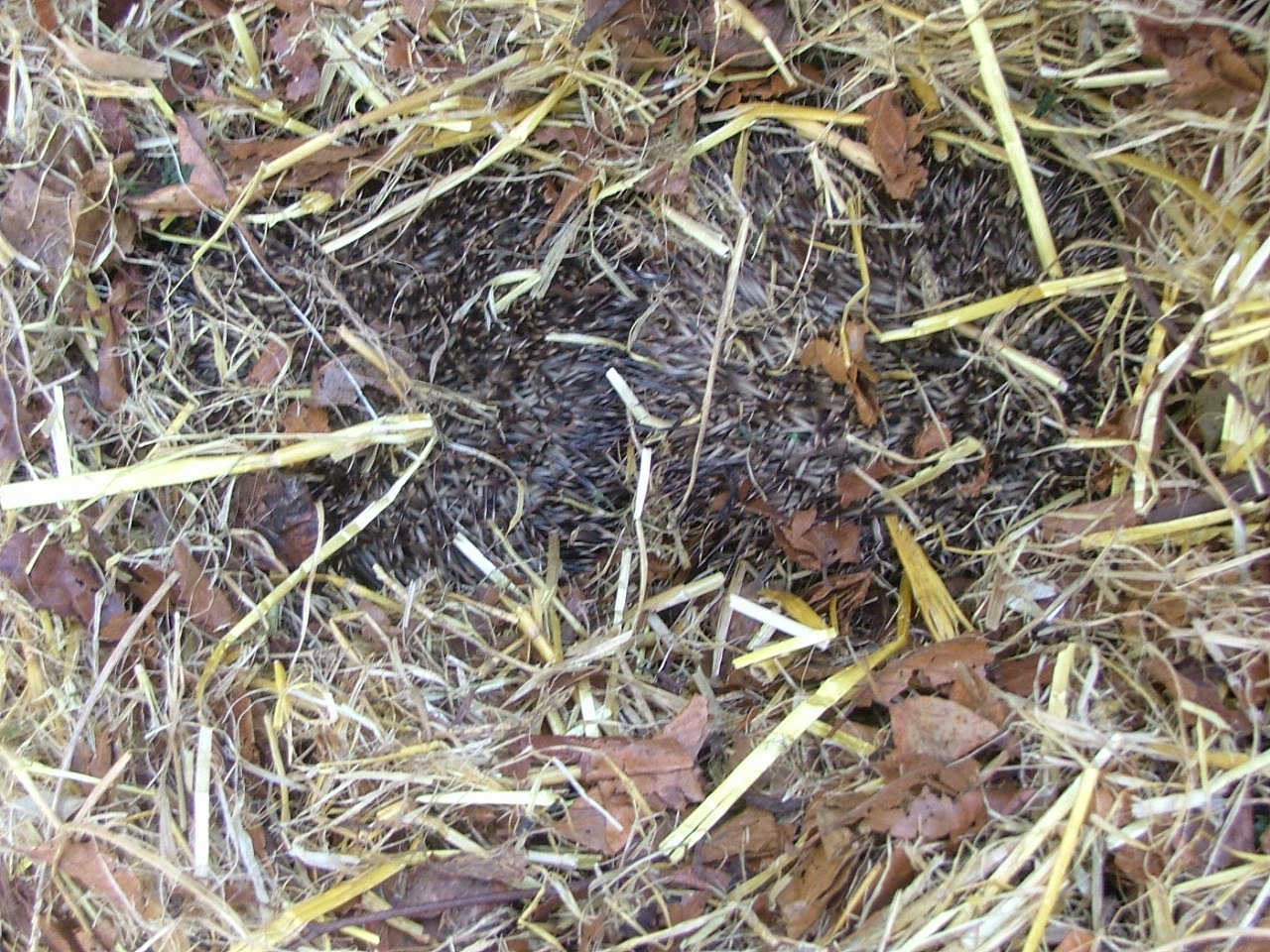 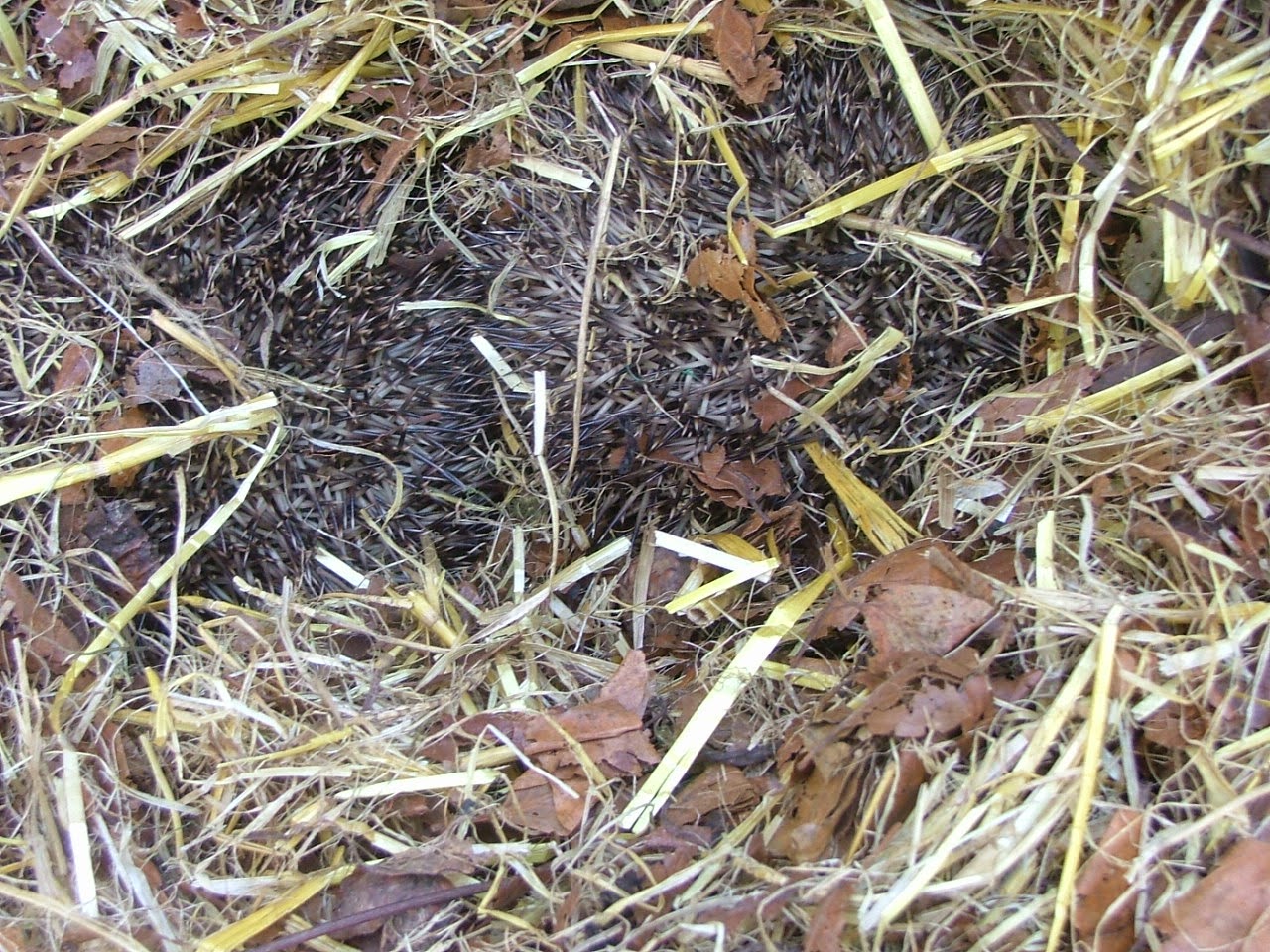 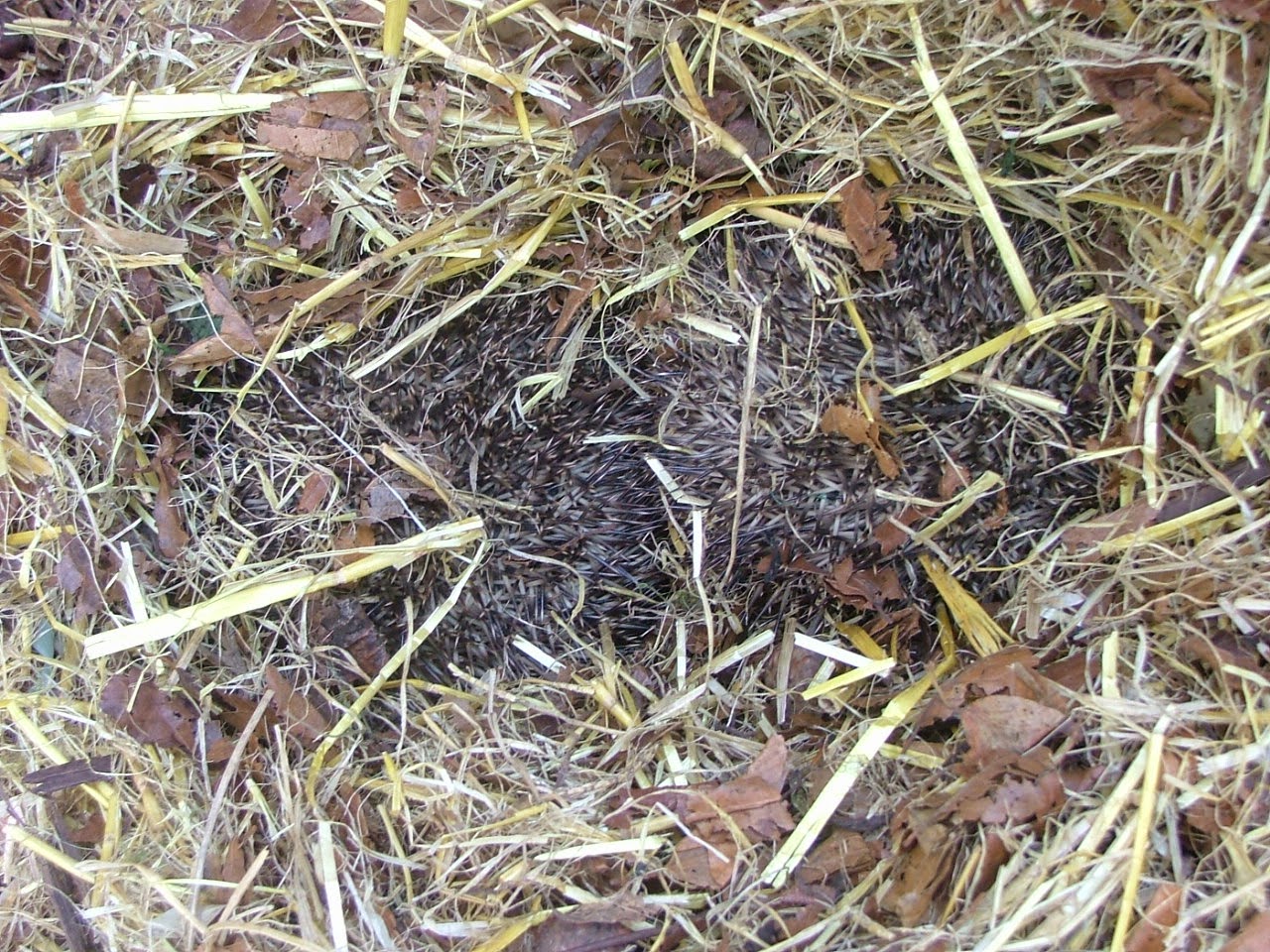 Posted by Jon Downes at 3:43 PM No comments:

Sasquatch Chronicles
I've seen this before, to me it appears there are actually two, the large obvious one and another one that is smaller or just ducked down. When the ...

Audio of "Bigfoot" Laughter Caught On Tape Near Lake Tahoe?
Before It's News
We have no idea what this is, but some say it's either a Bigfoot or some coyotes. Whatever it is, it' creepy to listen to. “North Lake Tahoe, California, we ...

Dr. Squatch Made a Squatching Video!
Bigfoot Evidence - Blogger
We're extremely happy with our community here on BFE. Even though our comment system sucks (blame Blogger!) our readers still manage to create ...

Can You Hear The "Gruff Voices" In This Video?
Bigfoot Evidence - Blogger
YouTube user "The Trail to Bigfoot" didn't notice he had capture a whisper until he reviewed it at home. "This was so close you can hear the throat," he

This Bigfoot Sighting Happened Near a New York State Zoo
Bigfoot Evidence - Blogger
We normally don't see too many people report Bigfoot sightings on Craigs list, and this could very well be the first. While jogging at at near Thompson
Posted by Jon Downes at 2:41 PM No comments:

www.gonzomultimedia.co.uk/about.html
It really is springtime here at the CFZ. Today, unless anything goes badly wrong, Martha the pigeon will be going out into the aviary, and the kitchen will be bird free for the first time in months. How long it remains so remains to be seen. There is evidence that one or both hedgehogs has survived hibernation, and we shall be opening up their den to check on them and to weigh them, and Tammy and Jess are doing something arcane with Corinna#s sewing machine.
And folk who have been following the long saga will be aggrieved to know that - even though I finally bought a copy online - I STILL haven't received my copy of the new Bob Dylan album. This is getting stupid.
Peter Banks's opinion of Jan Akkerman
http://gonzo-multimedia.blogspot.co.uk/2015/03/peter-bankss-opinion-of-jan-akkerman.html
I've always kept a Unicorn: The Biography of Sandy Denny
http://gonzo-multimedia.blogspot.co.uk/2015/03/ive-always-kept-unicorn-biography-of.html
THE GONZO TRACK OF THE DAY: Badfinger - Come and get it
http://gonzo-multimedia.blogspot.co.uk/2015/03/the-gonzo-track-of-day-badfinger-come.html
THOM THE WORLD POET: The Daily Poem
http://gonzo-multimedia.blogspot.co.uk/2015/03/thom-world-poet-daily-poem_10.html
HAWKWIND REVISIT EARLY PERIOD WITH 11-DISC BOX SET
http://gonzo-multimedia.blogspot.co.uk/2015/03/hawkwind-revisit-early-period-with-11.html
The Gonzo Weekly #120
www.gonzoweekly.com
Frank Zappa, Ant-Bee, Rick Wakeman, Hawkwind, Daevid Allen, Jon Anderson, Spurious Transients and Yes fans had better look out!
The latest issue of Gonzo Weekly (#120) is longer than ever at 96 pages and will soon be available to read at www.gonzoweekly.com, and to download at http://www.gonzoweekly.com/pdf/. It has Frank Zappa on the front cover with an interview with Billy James about his relationship with FZ inside. Despite the fact that I said I would never do a themed issue of this magazine, we carry on the Frank Zappa theme with looks at biographies of the man, a critique of the new documentary DVD featuring FZ from 1969-1973, and exclusive experpts from the new Frank Zappa book out on Gonzo. But its not all FZ this issue. Graham goes to see Hawkwind in Warrington with exclusive words and pix, Doug Harr reports on Rick Wakeman's King Arthur reissues, and we send Gavin from Spurious Transients to a Desert Island. Neil Nixon reports on an even stgranger album than usual, Wyrd goes acoustic and Xtul gets freakier than ever. And there are radio shows from Strange Fruit and from M Destiny at Friday Night Progressive, and the titular submarine dwellers are still lost at sea, although I have been assured that they will hit land again soon. There is also a collection of more news, reviews, views, interviews and pademelons trying to choose (OK, nothing to do with small marsupials having difficulty in making choices, but I got carried away with things that rhymed with OOOOS) than you can shake a stick at. And the best part is IT's ABSOLUTELY FREE!!!
This issue features: Frank Zappa, Jack White, Don McLean, Joan Baez, Passenger, Matt Johnson, Paul McCartney, Daevid Allen, Gong, Marillion, Ian Mosley, Strange Fruit, Friday Night Progressive, Patrick Whitefield, Jim McCann, Wilhelm Rottger, Tommy James, Mick Abrahams, Firemerchants, Dee Palmer, Atkins May Project, Wagner, Hawkwind, Karnataka, Paul Buff, Frank Zappa, Charli XCX, Garth Brooks, 5 Seconds of Summer, Ed Sheeran, Billy James, Gavin Lloyd Wilson, Spurious Transients, Focus, Hawkwind, Yes, Peter Banks, Alan White, Rick Wakeman, Chris Squire, Steve Howe, Bill Bruford, Tony Kaye, Xtul, Mamma cass Eliot, Elvis, Syd Barrett, Pink Floyd, Led Zeppelin, 1D,  Lady Gaga, Neil Nixon, Todd Rundgren, Nosdrama, Riverland, Children of Bodom, Jaldaboath

* The Gonzo Daily is a two way process. If you have any news or want to write for us, please contact me at jon@eclipse.co.uk. If you are an artist and want to showcase your work, or even just say hello please write to me at gonzo@cfz.org.uk. Please copy, paste and spread the word about this magazine as widely as possible. We need people to read us in order to grow, and as soon as it is viable we shall be invading more traditional magaziney areas. Join in the fun, spread the word, and maybe if we all chant loud enough we CAN stop it raining. See you tomorrow...
* The Gonzo Daily is - as the name implies - a daily online magazine (mostly) about artists connected to the Gonzo Multimedia group of companies. But it also has other stuff as and when the editor feels like it. The same team also do a weekly newsletter called - imaginatively - The Gonzo Weekly. Find out about it at this link: www.gonzo-multimedia.blogspot.com/…/all-gonzo-news-wots-fit…
* We should probably mention here, that some of our posts are links to things we have found on the internet that we think are of interest. We are not responsible for spelling or factual errors in other people's websites. Honest guv!
* Jon Downes, the Editor of all these ventures (and several others) is an old hippy of 55 who - together with an infantile orange cat named after a song by Frank Zappa puts it all together from a converted potato shed in a tumbledown cottage deep in rural Devon which he shares with various fish, and sometimes a small Indian frog. He is ably assisted by his lovely wife Corinna, his bulldog/boxer Prudence, his elderly mother-in-law, and a motley collection of social malcontents. Plus.. did we mention the infantile orange cat?
Posted by Jon Downes at 2:37 PM No comments:

ON THIS DAY IN 1629 - England's King Charles I dissolved Parliament and did not call it back for 11 years.