The other day, in a link to this post from CFZ Canada, I wrote: "Roadrunner once, roadrunner twice, CFZ Canada are in love with the feeling now".

Several emails followed asking me what the hell I was talking about. There is only one answer:

Here is an article from a Singapore newspaper of the mid 1930s about a sea monster near Amoy (now Xiamen) on the east coast of China:

THE SEA MONSTER OF AMOY

The desperate attempts within recent months to obtain for the China coast a monster strange and ugly enough to compete with the growing number abroad seem to be on the verge of success, judging from latest reports from the Chaoan District near Amoy.

Compared with Loch Ness submarine creature and the number of weird relics washed up by the sea, the Amoy sea monster promises to exceed all in originality and interest. Although fishermen are among the authors of the terror-spreading tales from the Chaoan district, credence and colour are supplied by peasants who assert that they have also seen this new offspring of Father Neptune.

The monster, unfortunately, bears characteristics closely identical with those of a man seen from far off; and, although the shape of its body has not been decided upon satisfactorily, the natives say that its head at any rate is “almost human”. The creature is decently clad in long black hair which enables it to conform somewhat to convention when it relieves the monotony of marine existence by a walk on land or a hunt in the scrub for food.

Local inhabitants have been terrified by the monster`s alleged partiality for human flesh and have decided to make an attempt to capture the creature, both for their own safety and the honour of the district. 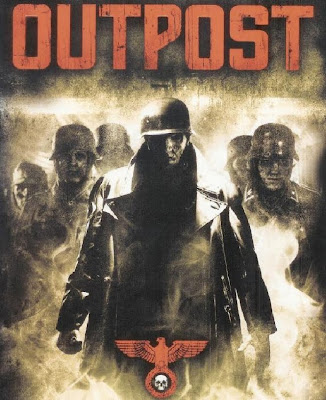 Seeing the cover shot and reading the tag line “You can’t kill what’s already dead”, I wasn’t expecting much from the low budget, straight to DVD film Outpost. However, I was very much mistaken.

The plot is simple enough. A group of mercenaries head into war torn Eastern Europe after being hired to protect a shadowy businessman while he looks for something hidden in an old military bunker. Everything goes to plan until they simultaneously come under attack by an unseen enemy and make a disturbing discovery as to who the bunker belonged to and what went on within.

From the beginning, you can tell this is a low budget affair. However, this does not detract from the film in any way, in fact, it adds to the atmosphere that’s created. Filmed almost entirely in the gritty, muted tones of grey, black and off-white and having minimal special effects, the film relies on things that many other films seem to lack at the moment: a good script, good direction and good acting. The story unfolds at a decent pace and the characters are believable; they react as you might expect them to and (for once) there is no comedy character or cheap attempt to lighten the mood when things start going wrong. The strange and weird occurrences start and build up to a pretty good finale and the creepy moments are done extremely well; you sit there waiting to see what happens next. Although you get the impression this is trying to be a fully-fledged horror, the atmosphere and sense of foreboding create a more suspenseful and eerie film which is ultimately much better to watch. There are some glaring plot holes but you are able to overlook them and become engrossed in the film waiting to see the final outcome.

Outpost is one of those rare low budget films that is actually enjoyable to watch. It is not perfect but the good direction, script and acting make up for any issues you might have. The pace and story lock you into the film and manage to keep you there until the end. Although this is not a new film (it was release in 2008) it is definitely worth watching and adding to your collection.

Currently, a sequel to Outpost, called Outpost: Black Sun, has just completed filming. It is written and directed by the original director, Steve Barker, and is expected to be released sometime this year (2011). Let’s hope that it has the same atmosphere and style that the first film has.
Posted by Jon Downes at 1:00 PM No comments:

On this day in 1947 “The Hollywood Ten” were blacklisted for supposed communist sympathies. The film industry blacklist went completely overboard after this and even blacklisted Green Acres’ Eddie Albert at one point!
And now the news:

A HAPPY THANKSGIVING DAY TO ALL OF OUR AMERICAN READERS 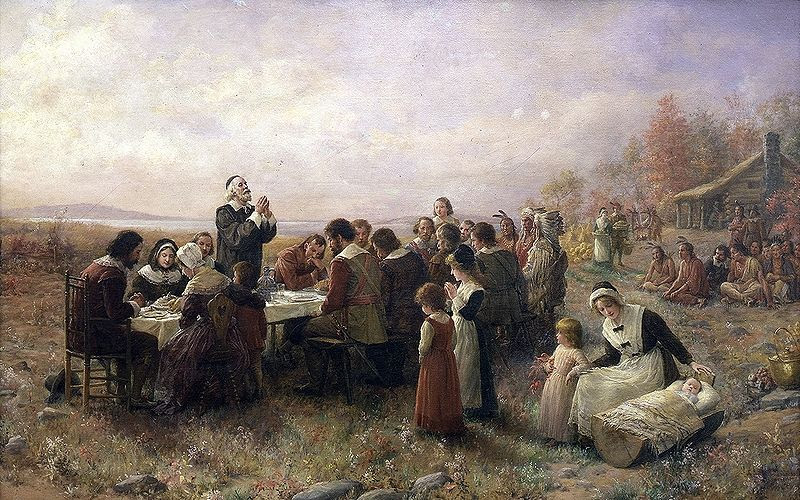 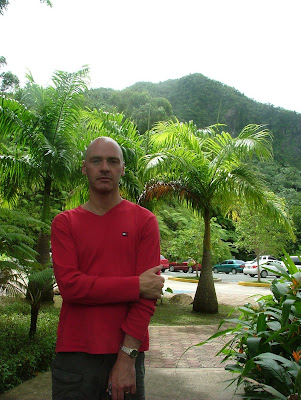 Posted by Jon Downes at 9:07 AM No comments: