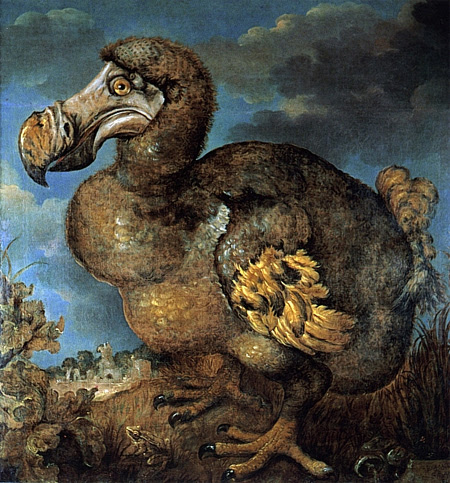 CRYPTOLINK: No reason to believe yeti legends to be inspired by an unknown type of bear

Bear species.
Credit: Image courtesy of Pensoft Publishers; CC By 4.0
[Click to enlarge image]
A Venezuelan evolutionary biologist and a US zoologist state that they have refuted, through mitochondrial DNA sequencing, a recent claim, also based on such sequencing, that unknown type of bear must exist. in the Himalayas and that it may be, at least in part, the source of yeti legends. Their study was published in the open access journal ZooKeys.

Last year, B. Sykes and co-authors, in the course of mitochondrial DNA sequencing identification of hair samples that had been attributed to "anomalous primates" (yetis, bigfoots, and others), claimed to have found that two samples said to have come from the Himalayas had a 100% match with DNA recovered from a fossil Polar Bear from over 40,000 years ago. On this basis, they concluded that a currently unknown type of bear must inhabit that portion of Asia.
Later, however, it was shown by C.J. Edwards and R. Barnett that the sample that matched Sykes and co-authors' Himalayan ones, was in fact, from a present-day Polar Bear from Alaska, not from a fossil, and they hypothesized that the genetic material in the samples attributed to an unknown type of bear might have been misleading because of degradation.
Sykes and co-authors, however, have continued to maintain that their Himalayan samples must be from an unknown type of bear -- a claim that has received a good deal of attention from the media.
However, further analysis by Eliécer E. Gutiérrez, currently a postdoctoral fellow at the Smithsonian Institution, and Ronald H. Pine, affiliated with the Biodiversity Institute & Natural History Museum at the University of Kansas, have concluded that the relevant genetic variation in Brown Bears makes it impossible to assign, with certainty, Sykes and co-authors' samples to either that species or the Polar Bear.
In fact, because of genetic overlap, the samples could have come from either one. Because Brown Bears occur in the Himalayas, Gutiérrez and Pine state that therefore there is no reason to believe that the samples in question came from anything other than ordinary Himalayan Brown Bears.

Sasquatch hunters near Houston say they were attacked by bigfoot

Chron.com
The Sasquatch didn't like it when explorers in the Sam Houston National Forest drew too near him last week, and in his fury he hurled giant logs at the

Daily Two Cents
Bigfoot sightings in South Mississippi are not as rare as you think. Most people are just scared of humiliation, or just getting called a crazy person

The Register-Guard
Kauffmann is drumming up support to popularize and provide stewardship for what he's dubbed the Bigfoot Trail, a 360-mile route through the wilds of
Posted by Jon Downes at 11:22 AM No comments:

www.gonzomultimedia.co.uk/about.html
As part of the aftermath of my headcold I am now all bunged up and can't hear a thing. As I have Jessica in the office today, hopefully putting the final touches to a book on Russian manbeasts, then today will be an interesting one.
THE GONZO TRACK OF THE DAY: John Mayall - Room to move
http://gonzo-multimedia.blogspot.com/2015/03/the-gonzo-track-of-day-john-mayall-room.html
THOM THE WORLD POET: The Daily Poem
http://gonzo-multimedia.blogspot.com/2015/03/thom-world-poet-daily-poem_17.html
DAEVID ALLEN TRIBUTE: Goodbye and Thank You Christopher Longcock
http://gonzo-multimedia.blogspot.com/2015/03/daevid-allen-tribute-goodbye-and-thank.html
Andre Gardner interviews Joey Molland of Badfinger
http://gonzo-multimedia.blogspot.com/2015/03/andre-gardner-interviews-joey-molland.html
Geoff Downes Keyboard Rig 2014
http://gonzo-multimedia.blogspot.com/2015/03/geoff-downes-keyboard-rig-2014.html
The Gonzo Weekly #121
www.gonzoweekly.com
Annie Haslam, Renaissance, Gryphon, Daevid Allen, Hawkwind, Jon Anderson, and Yes fans had better look out!
The latest issue of Gonzo Weekly (#121) is another bumper one at 96 pages and IS available to read at www.gonzoweekly.com, and to download at http://www.gonzoweekly.com/pdf/. It has Annie Haslam on the cover, and an exclusive interview with her inside, as well as the Renaissance European Tour Dates. Doug Harr interviews Gryphon, but of course the whole magazine was disrupted totally by the untimely death of Daevid Allen on Friday. There are tributes and his last messages inside. We send cartoonist Mark Raines to a Desert Island. Neil Nixon reports on an even stranger album than usual, Wyrd goes avant garde and there are radio shows from Strange Fruit and from M Destiny at Friday Night Progressive, and the titular submarine dwellers are still lost at sea, although I have been assured that they will hit land again soon. There is also a collection of more news, reviews, views, interviews and pademelons trying to choose (OK, nothing to do with small marsupials having difficulty in making choices, but I got carried away with things that rhymed with OOOOS) than you can shake a stick at. And the best part is IT's ABSOLUTELY FREE!!!
This issue features:
Sandy Denny, John Lennon, Bjork, Muse, Noel Gallagher, Ringo Starr, Steve Strange, Daevid Allen, Strange Fruit, Friday Night Progressive, Terry Pratchett, Jimmy Greenspoon, Sam Simon, Lewis Michael Soloff, Tommy James, Mick Abrahams, Firemerchants, Dee Palmer, Atkins May Project, Wagner, Hawkwind, Karnataka, Paul Buff, Frank Zappa, Charli XCX, Garth Brooks, 5 Seconds of Summer, Ed Sheeran, Annie Haslam, Gryphon, Hawkwind, Yes, Rick Wakeman, Chris Squire, Peter Banks, Trevor Rabin, Bill Bruford,Kanye West, Take That, Beatles, Blues Brothers, 1D,Neil Nixon, Eden Ahbez,Death Dealer, Ecnephias, Edge, Giuntini Project, Aktarum


* Jon Downes, the Editor of all these ventures (and several others) is an old hippy of 55 who - together with an infantile orange cat named after a song by Frank Zappa puts it all together from a converted potato shed in a tumbledown cottage deep in rural Devon which he shares with various fish, and sometimes a small Indian frog. He is ably assisted by his lovely wife Corinna, his bulldog/boxer Prudence, his elderly mother-in-law, and a motley collection of social malcontents. Plus.. did we mention the infantile orange cat?
Posted by Jon Downes at 11:16 AM No comments:

ON THIS DAY IN 0461 - Bishop Patrick, St. Patrick, died in Saul. Ireland celebrates this day in his honor. (More about St. Patrick's Day)
And now some more recent news from the CFZ Newsdesk


AND TO WHISTLE WHILE YOU WORK... (Music that may have some relevance to items also on this page, or may just reflect my mood on the day)
Posted by Jon Downes at 3:17 AM No comments: